Is there an heir to Ford Nation? 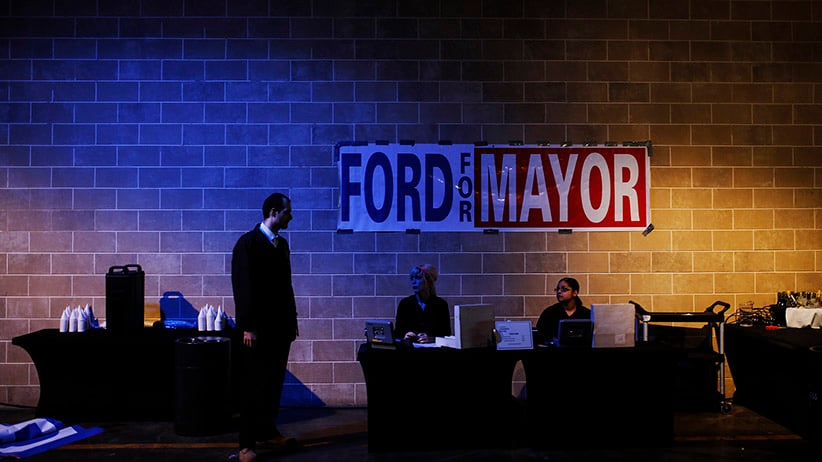 TORONTO — Rob Ford’s death has left his followers despairing at the loss of a man they saw as a champion for the everyman, and experts say there’s no clear heir to take up the mantle and lead so-called Ford Nation.

Ford, who died this week from a rare and aggressive cancer, came from a political family and some have suggested his older brother Doug — a former city councillor who ran for mayor in the last election — would be the natural successor in the hearts of supporters.

But others say the elder Ford lacks the personal touch and the political timing his younger brother had, and there may be less of an appetite for the former mayor’s populist brand of leadership when the next municipal election comes around in 2018.

Many of the forces that propelled Rob Ford to power six years ago remain, particularly the feeling that government doesn’t care about average people, said Myer Siemiatycki, a political science professor at Ryerson University.

“There is a constituency there that can be politically mobilized,” he said.

However, Siemiatycki added: “It’s not a given that the next politician to galvanize and connect with that sentiment in Toronto is going to be either a member of the Ford family or someone with Rob Ford’s politics.”

Ford, who died at 46, rose to power as tensions between downtown and suburban residents reached a peak, harnessing a rising anti-elitist and anti-union movement by vowing to stop the public service “gravy train.”

That, combined with his candour and his insistence on personally returning phone calls, endeared him to hordes of voters who appreciated his regular-guy image.

“Doug, I don’t think, has that same people’s touch or that same readiness to throw himself into kind of a Mr. Fix-It for whoever calls him,” Siemiatycki said.

Without its original figurehead, it’s possible Ford Nation will simply disperse, he added. That sense of discontent would persist but without political expression, he said.

Nelson Wiseman, a professor of political science at the University of Toronto, put it more bluntly.

“Without Rob Ford, there is no Ford Nation,” he said.

While both Doug Ford and his nephew, school trustee Michael Ford, could capitalize on the family name, “it’s a different dynamic,” Wiseman said.

Any lingering loyalty to the Ford brand is likely to fade come election time, he added.

“I predict that three years from now, you’re not even going to see the term ‘Ford Nation’ appear in news stories,” he said.

Nonetheless Ford supporters who came to pay tribute to the former mayor at Toronto city hall on Good Friday seemed set on finding a successor.

“Hopefully someone can come forward. Maybe Doug; I’m not sure what his intentions are in the future,” said Joe Wright.

“Maybe (Coun.) Georgio Mammoliti, who knew the family, who knew Rob and Doug, can carry on Rob’s legacy.”

Glenn Miscampbell, who worked on Ford’s 2010 mayoral campaign, said the former mayor’s brother is the best candidate to follow in his footsteps.

“When he (Doug) runs, we’ll be there for him,” he said. “When you get into the upper echelon, you don’t have the same contact with the people, the grassroot people who are just trying to struggle along every day and make ends meet.”

Some, however, said the man who replaced Ford as mayor also took on some of his ideals.

“I think John Tory is doing a good job of carrying on some of his legacy as well,” Wade Nassar said.

Ford will lay in repose at city hall for two days before his funeral on Wednesday.