It's Canada's turn to get blasted by Trump

As NAFTA negotiations approach, Trump says Canada has 'outsmarted' the U.S. for years 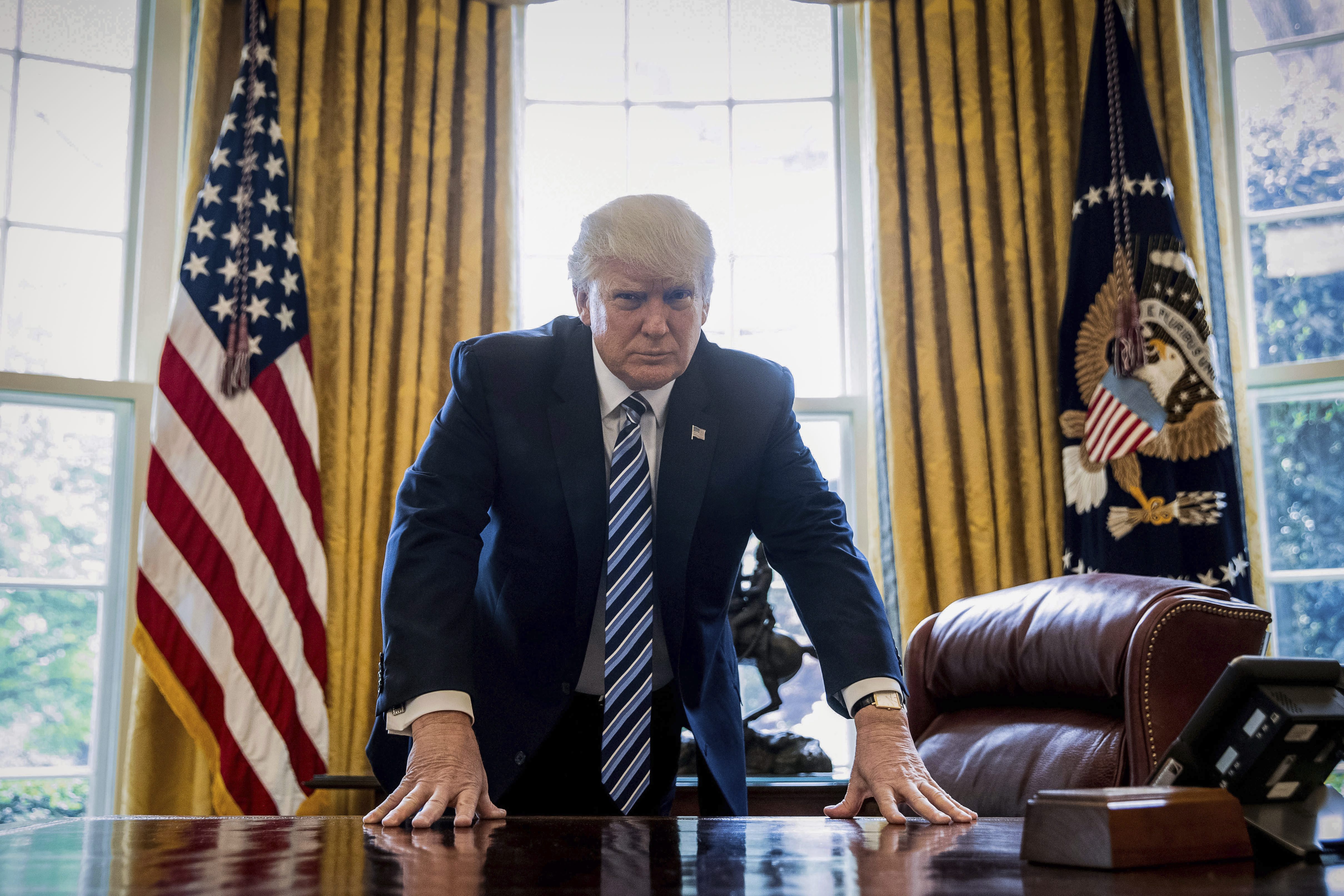 WASHINGTON – Step aside, China and Mexico: Canada is now U.S. President Donald Trump’s whipping-boy-du-jour on trade, something he made abundantly clear Tuesday with a tweet, a tax, a threat, a scolding and a familiar faux-compliment he used to lavish on others.

A preferred Trump tactic is to compliment sly foreigners for outfoxing his supposedly dim-witted presidential predecessors in trade deals. In the 1990s, he said it about Japan. More recently, it was China and Mexico.

Now, as NAFTA negotiations approach, it’s the hockey-happy moose haven to the north that’s pulled a fast one, he suggested Tuesday, one day after he announced a 20-per-cent duty on softwood lumber.

“People don’t realize Canada’s been very rough on the United States. Everyone thinks of Canada as being wonderful, and so do I. I love Canada,” Trump said during one of his now-familiar photo ops.

”But they’ve outsmarted our politicians for many years.”

MORE: Is history repeating itself in the softwood lumber dispute?

“Canada has made business for our dairy farmers in Wisconsin and other border states very difficult,” he tweeted. “We will not stand for this. Watch!”

Then later, of Canada’s recent adjustments to dairy regulations, he said: ”We’re not gonna put up with it.”

Some members of the Canadian government suspect this is all a negotiating ploy in the runup to NAFTA talks. Days ago, one official predicted this would prove to be a shock-and-awe negotiating tactic, symptomatic of Commerce Secretary Wilbur Ross’s style.

Right on cue, Ross strode to the White House podium Tuesday to make it clear: all these issues were, indeed, related to NAFTA. He said all these irritants prove the agreement could be improved.

“Everything relates to everything else when you’re trying to negotiate,” Ross told a press briefing at the White House, referring to dairy and lumber.

But Ross insisted the current spout of maple-flavoured indignation is indeed spontaneous.

He said the president was deeply moved during a visit to Wisconsin last week. He said Trump met women who were distraught over the potential loss of their dairy farms. They blamed Canada’s recent adjustment to internal regulations, which limited demand for imports.

Trump took up their cause.

The sentiment was echoed by a former diplomat who leads a Canadian-American business group.

Maryscott Greenwood said the Canadian government has been doing the right things, and shouldn’t get distracted. She said the sudden glare on Canada is probably an accident of happenstance — Trump was in Wisconsin, a softwood decision was due, and it’s all happening with NAFTA negotiations set to start.

“I don’t think there is a grand strategy unfolding with respect to Canada on this side of the border,” Greenwood said.

“(My advice to Canada is): Continue the robust engagement, inside and outside D.C. Don’t take your foot off the gas … Resist the urge to engage in gutter politics, protectionist tendencies, or to counter-punch — even if it might feel good to do so.”