Jagmeet Singh’s statement on Sikh separatism: ‘This is not a simple or easy process’ 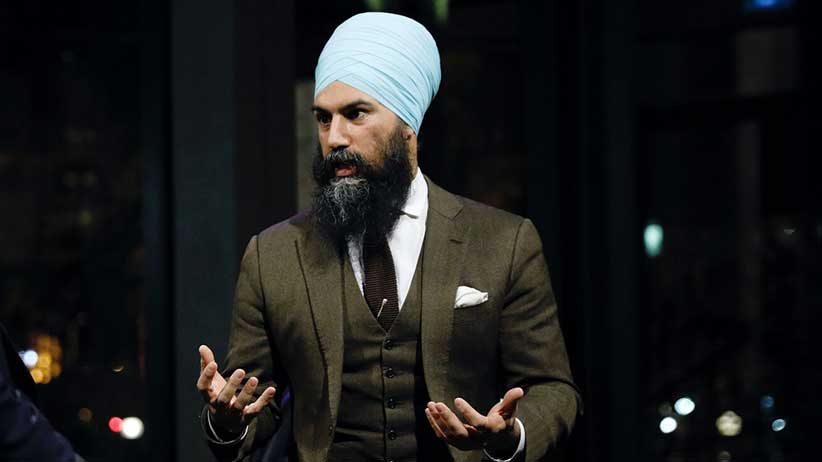 In response to a Globe and Mail story about his attendance at a Sikh separatist rally in San Francisco in 2015, Federal NDP leader Jagmeet Singh posted a response on the party’s website today. The move follows an uptick in questions in recent weeks about Singh’s positions on Sikh nationalist figures in Canada and India and his refusal to renounce Talwinder Singh Parmar, the man identified as the mastermind behind the Air India bombing.

This is the full text of Singh’s statement:

I condemn all acts of terrorism in every part of the world, regardless of who the perpetrators are or who the victims are. Terrorism can never be seen as a way to advance the cause of any one group. It only leads to suffering, pain and death.

I have long been an advocate for peace and human rights in Canada and around the globe. It’s important to name human rights atrocities as I have done in order to expose them and ensure they do not happen again. The 1984 Sikh Genocide in India was a horrific episode in which many thousands of Sikhs were ruthlessly murdered and thousands more were disappeared. In 2017, the Ontario Legislature recognized these events targeting a religious minority as genocide. During that time of persecution in the 1980s and 1990s, many Sikhs fled India and were accepted into Canada as refugees.

Sadly, the pain and trauma of those events could not be left behind in their country of origin. It affected the victims to their core and, as we’ve seen in other communities that have suffered similar violence, that trauma is often passed down through generations. Much of my work has centered around trying to answer the question: how does a community move through pain and trauma in order to reach acceptance so that it can arrive peacefully at reconciliation? I have seen pain and anger and my approach has always been to give space to those feelings in order to work through them, but never to condone acts of violence.

A few years ago, I was invited to speak as a human rights advocate and attend an annual event in San Francisco that commemorates the Sikh Genocide of 1984. While there, I spoke directly about the pain in the community and my own path to learning about my heritage. When faced with the knowledge that your relatives were targeted for who they were, you are faced with the question of how to respond. My response was to embrace my identity and work harder to stand up for human rights and not allow the voices of the marginalized to be made silent. That is a lesson that has helped me to empathize with the struggles of others. I encourage all those facing these tough questions not to fall prey to rage and violence, but rather to embrace your truth and move forward with love and courage. Admittedly, this is not a simple or easy process, but attempts to oversimplify these experiences will not advance the cause of reconciliation.

My belief in human rights includes a fundamental principle that is written into Article 1 of the UN Charter: respect for equal rights and self-determination. Questions regarding the future of India are not for me to decide. I am not a citizen of India or an Indian politician. Self-determination means respecting the views of people in whatever country to choose their own path. I am focused on building a stronger Canada, a country where we tackle growing inequality, where we unlock the full potential of our citizens and where no one is left behind.