The new NDP leader won’t be an MP, but with Parliament descending into a place of 'mayhem and theatre,' that may give Singh an edge. 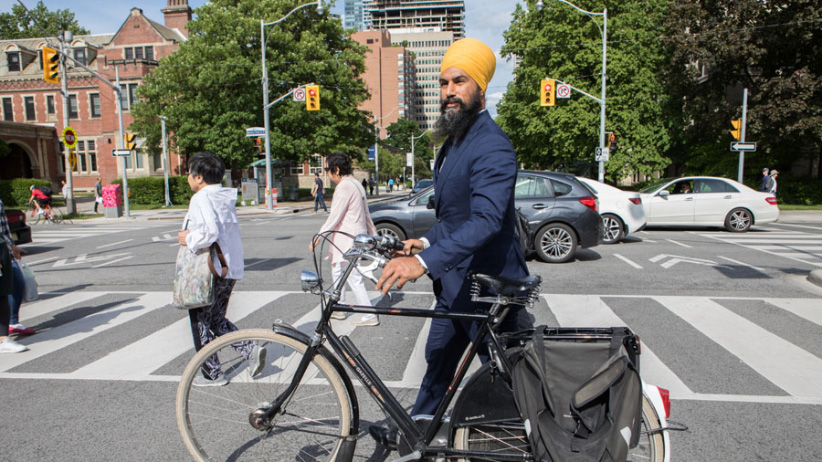 During the run to replace him as NDP leader, Thomas Mulcair opined that it would be “a heck of a lot better” for his successor to be a sitting MP, setting up the daily tussle with the Prime Minister. It was a not-so-subtle jab at Jagmeet Singh—the only leadership candidate without a House seat. Yet not only did Singh win handily as an outsider, he’s since made it clear he’s in no rush to run in a by-election.

Far from diminishing his impact as a leader, though, some experts argue staying outside the Commons may give Singh an edge. “Our Parliament and our provincial legislatures have devolved into places of mayhem and theatre,” says Jeff Bangs, a partner at Pathway Group, a government and public relations advisory firm. “If [Singh] is freed up from having to go to that crazy place every day, he can use his time to visit core NDP supporters and reach out to potential voters for the next election.”

Indeed, the NDP’s top priorities are recruiting new candidates, raising funds and boosting its profile in areas like the Maritimes, where the party is underrepresented. That all requires pounding the pavement, something wrangling in Ottawa might impede.

Then there’s the potential cost of losing in a by-election. Let Toronto Mayor John Tory’s experience in provincial politics stand as a cautionary tale. As Ontario Conservative leader, he lost his own seat in the course of his party being defeated in the 2007 election. Bidding to return to the provincial legislature in a by-election, he suffered a humiliating loss in 2009, which led him to finally resign the leadership.

Could he have survived leading from the sidelines? “I was of the mind that he didn’t need to rush to get into the legislature,” says Bangs, who worked on Tory’s leadership campaign and advised him for a time afterwards. “He was very traditional in his approach to the legislature, and believed deep down that he needed to be there. It became a preoccupation that he didn’t need.”

Rather, Bangs adds, the party needed to rebuild its voter block for the next election. “That happens in the church basements, the community dinners,” says Bangs.

Still, there are some disadvantages to being absent from the parliamentary fray. “When the Prime Minister is in the hot seat in question period, he won’t be grilled by Jagmeet Singh. His [MPs] will have to pick up the slack,” notes Karl Bélanger, who was a senior press secretary for Jack Layton and principal secretary for Thomas Mulcair. Indeed, Mulcair’s shrewd House debates with the government dramatically raised his party’s profile, and his own. The NDP may have a strong front bench, but “media interest being what it is, a leader will trump any MP at the end of the day,” Bélanger adds. “That’s going to be a challenge for the New Democrats.”

That’s not to say there aren’t workarounds. After Jack Layton won the federal NDP leadership and before he won a seat, for instance, he made a habit of waiting outside the House during QP and inciting his own scrum before the sitting members exited the Commons to face the media in its foyer. “He would infuriate the other leaders because, while Jack didn’t have a seat, he would still make the news,” says political communications strategist Brad Lavigne, who was the NDP’s director of communications under Layton.

Singh is in a slightly different position, of course. From his years in provincial politics, he arrives on the federal scene with an established profile. His NDP caucus is three times as large as the contingent Layton inherited. As well, his social media savvy and gift for attracting attention are undisputed. “Jack spent more time in Ottawa than I think Jagmeet needs to,” says Lavigne. “I think Jagmeet has a bit more freedom in that regard.”

Fresh from a victorious leadership race, the pros of Singh’s extra-parliamentarian status might outweigh the cons. But his 2019 election rendezvous is still far off, and two years is a long time to coast on leadership win buzz. Should a seat in a riding near his home community of Brampton, Ont., free up, Bélanger says Singh would be wise to try for it. Barring that, he should exploit the advantages his position offers. The best seat in the House, for now, may actually be outside of it.