Jason Kenney does for the federal Tories what Doug Ford can't

Election Image of the Day: The Alberta premier is welcomed by Tories to the federal campaign in central Canada. The Ontario premier might as well be in witness protection. 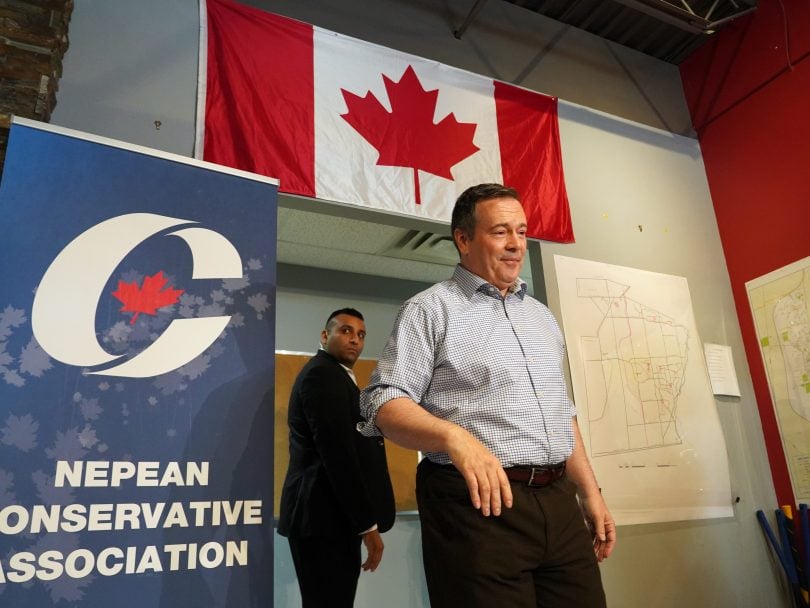 Toronto’s suburbs are always critical battleground ridings, and every election, party leaders vie to throw out the best tax breaks at the region’s middle-class residents. Premiers play a role in that. Back in 2015, Kathleen Wynne, embattled though she was, campaigned hard for her federal counterpart, Justin Trudeau, who swept much of the region, painting a straight red line from Burlington to Whitby. This year, Doug Ford has been noticeably absent from the campaign trail, likely due to his low popularity, while a looming school workers’ strike around Toronto, Peel and York only makes matters worse. So who does Conservative Leader Andrew Scheer call when he needs a hand? Enter Jason Kenney, all smiles, swooping in from his native Alberta like a beloved star ready for his cameo. Alberta is already locked in for the Tories, so Kenney isn’t much use over there. Ontario is the real toss-up that could help decide the election. And in the absence of the province’s real premier, this one, whose approval ratings at home are literally more than twice as high as Ford’s (55 per cent compared to 26 per cent), will do just fine. Kenney’s tour, however, which will take him from Ottawa to Toronto this weekend, does beg the question: doesn’t he have work to do in Alberta?