Jason Kenney's days may be numbered. Erin O'Toole's too.

Politics Insider for Sept. 23, 2021: The UCP is not united; the Tories toy with a bad idea; and the ballot counting continues 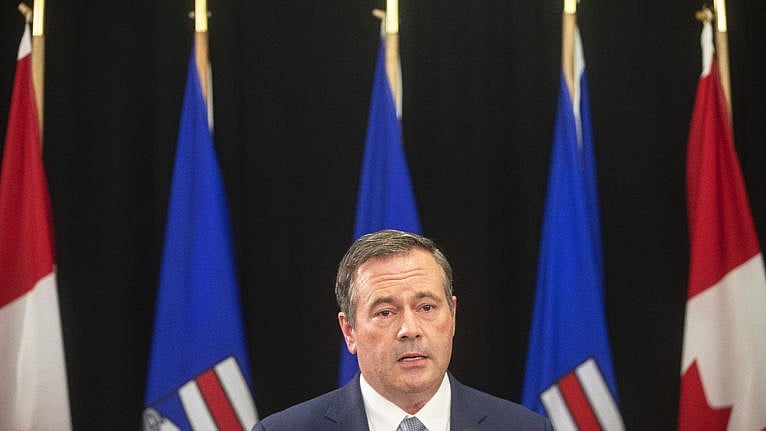 Looks doomed: The well-connected Licia Corbella, columnist for the Calgary Herald, writes Wednesday of behind-the-scenes manoeuvres designed to get Jason Kenney out of the premier’s office, given that health and political crises in his province make his position untenable.

According to government insiders who spoke on the condition of anonymity, Kenney is beginning to realize that he cannot hold onto his job as premier, but wants to hold off making any political moves that leads to an expedited leadership review for fear of who will gain control of the party he worked so hard to form and lead.

Corbella describes a government struggling to cope with a difficult situation, largely because so many UCP supporters refuse to accept restrictions or vaccine mandates.

Another government source said that ironically, a couple of UCP riding officials are in hospital battling for their lives over COVID-19—a disease that they had denied even existed—though he refused to say who they are. “If they weren’t in hospital fighting for their lives, they’d be calling on Jason to step down for bringing in vaccine passports,” said the source.

Review: Later in the day, CBC reported that Kenney will face a leadership review. A motion challenging his leadership was raised but then dropped at a caucus meeting on Wednesday.

There had been some expectations of a confidence vote. MLA Searle Turton says there was no such vote at the meeting. … “I mean, obviously it’s a brute and bashing group of MLAs, but that’s what caucus is for, having those frank conversations, and I’m thankful that we had that ability,” he said.

In the Herald Wednesday morning, veteran columnist Don Braid described a party in open rebellion, not just from anti-vaxxers but “all sides of Kenney’s party and caucus.”

This wave of opposition to Kenney stems mainly from the epic error of declaring Alberta “Open for Summer”, then standing by while the virus spread, and finally imposing another round of quickly planned measures last week. The delays have crashed the health system. Twenty-nine people died Monday. Alberta is begging Ottawa and other provinces for help. “We in the party hit the end of the line last Wednesday,” says Joel Mullan, policy vice-president of Kenney’s UCP. “We were already right on the edge at the start of September but last Wednesday was it.”

Knives out for O’Toole: Kenney isn’t the only conservative facing a leadership threat. On Wednesday morning, the Hill Times reported that a member of the CPC national council had launched a petition to take out Erin O’Toole. The councillor, Bert Chen, describes O’Toole as a flipflopper. His petition had fewer than 1,500 signatures by Wednesday evening.
No CIMS: On Wednesday afternoon, the Star reported that the party had locked down CIMS, the party database, to stop anyone organizing against the leader. A party spokesman said it was a routine matter, but a CPC MP told the Star it was aimed at shutting down petitions.

“As we speak, our sign teams are out there collecting yard signs that were distributed, and we just lost all of our data,” said one re-elected Conservative MP, speaking to the Star on the condition they not be named. “And the reason they’ve done that is now they’re worried about people being able to verify if those signing petitions against the leader are members (of the party) or not … They want to be the only ones to determine if these petitions are valid.”

China question: In the National Post, Tom Blackwell has an interesting story on a defeated Conservative candidate who wonders if proxies for the Chinese government influenced the election.

Bad idea: In Maclean’s, Jen Gerson has a well-argued and funny column telling Tory plotters to get a damned grip.

First, let’s talk about expectations. The Liberals called an early election on the back of promising polling numbers in the hopes of securing a majority government. They failed. Six weeks ago, if you told the Tory braintrust that the election would result in an outcome almost hilariously identical to the one it left behind, most would have been delighted.  Conservatives have a bad habit. They go into an election with reasonable expectations, enjoy some early momentum, and then let the excitement get to their heads. They reset those early expectations to something far less probable, and when the campaign produces exactly the results they predicted at the outset they declare the whole affair a disappointing failure.

To the left: Your correspondent argues that O’Toole had no choice but to move his party to the left given that the country appears to be moving that way.

Another view: In the Western Standard, Michael Wagner argues that O’Toole betrayed true Conservatives with his Red Toryism.

The Red Tory strategy of moving the Conservative Party to the left didn’t work out as intended by its proponents. It is in much the same electoral position as it was before. Being more like the Liberals didn’t win many votes in Toronto. Abandoning conservative principles wasn’t the path to victory after all. All Canadians got was a Liberal government with a liberal opposition.

Sad Max: Unsuccessful People’s Party party leader Maxime Bernier, angered by emails from journalists asking about his party’s links to racist, far-right supporters, lashed out on Wednesday by publishing contact info for journalists on Twitter and denouncing them. Bernier has often been linked to extremists.

Troubling: Writing for Global, David Moscrop has a thoughtful article about the rise of the PPC, “a rallying point for extremists who existed before it did, but who now have an organizational anchor and home.”

The essential question to ask about the PPC isn’t whether it cost the Conservatives votes and seats—yes and probably. The essential questions to ask about the PPC are what sort of behaviour the party is enabling, what sort of people is it organizing and coordinating, and what that means for the country’s political ecosystem and those who live in it. When angry, distrustful, disaffected, hateful people rally together, you can expect trouble. It’s therefore incumbent on us to assess the far-right movement, refuse to normalize it, track it closely, and work to neutralize it.

Job well done: Steve Murphy, the iconic ATV anchor who grilled O’Toole effectively during the recent campaign, and many many other politicians over the years, is stepping aside after a great career.