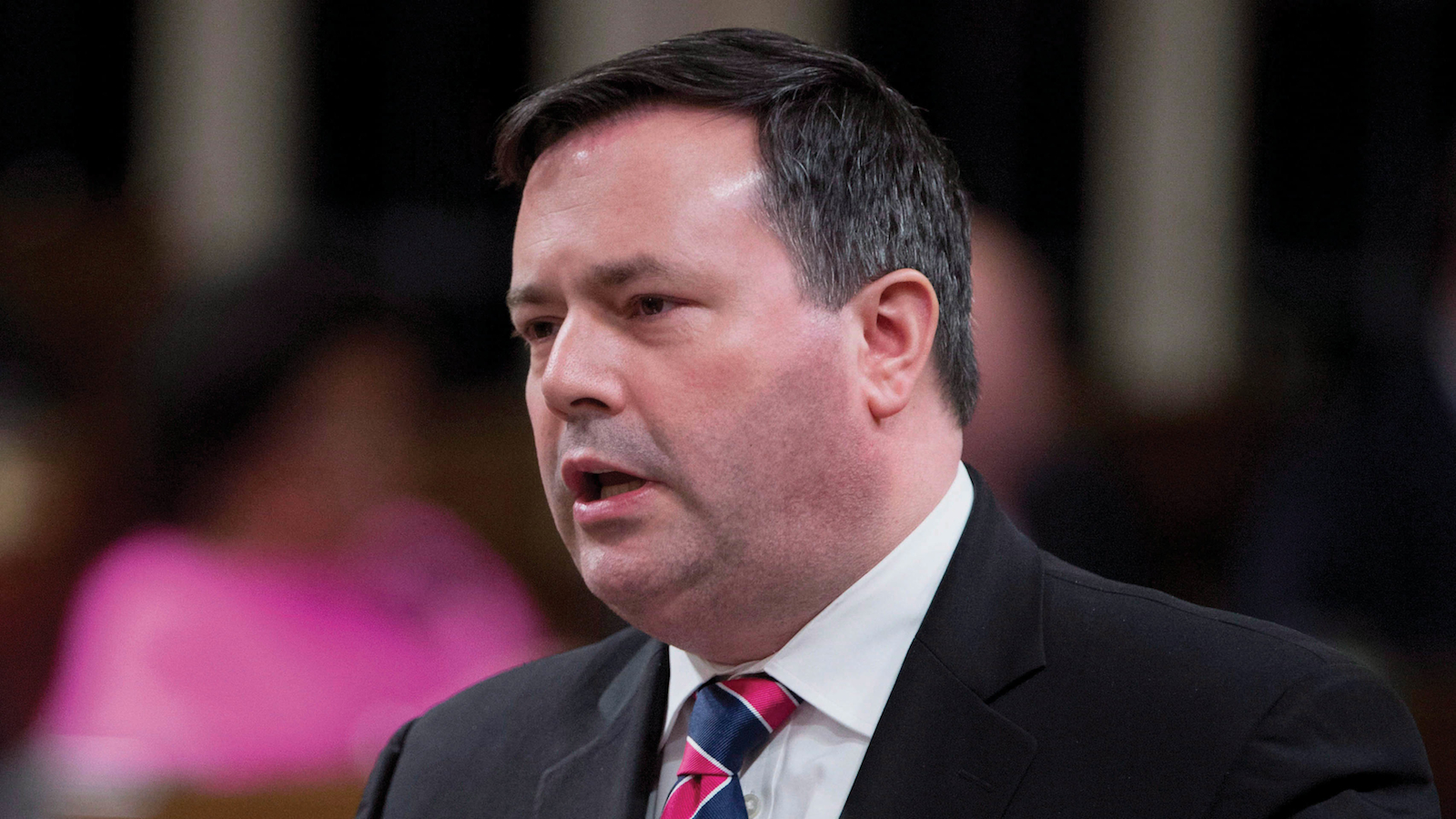 You might’ve heard suggestions that the Temporary Foreign Worker program is a market-distorting mess that has been abused at the expense of meaningful employment for Canadian citizens. But Jason Kenney would like you to understand something very crucial to that discussion: at least there aren’t any foreign strippers getting in anymore.

“Mr. Speaker, I thank the member for this question, especially recalling the past existence of a program of temporary foreign workers under the Liberal government, specifically for exotic dancers,” the Employment Minister offered to Sadia Groguhe after the New Democrat had made reference to the Liberal allowance in the process of accusing the Conservatives of allowing McDonald’s to abuse the program*. “The Liberals issued 600 work permits for exotic dancers!”

He had spoken this much in French though and so, a couple questions later, he repeated himself in English.

“This is an opportunity for me to recall that one of the many reforms this government has made to that program was shutting down the Liberal stripper program,” the Employment Minister reminded everyone, now segueing from a response about the government’s refusal to respond to an order paper question, “that issued hundreds of visas specifically and purposefully to exotic dancers from abroad who faced degradation in Canada.”

In this case, the NDP’s Jinny Sims had actually asked about the government’s refusal to provide information on the program—a refusal that was first explained as being too much work, but that Mr. Kenney now explained as having something to do with the Privacy Act.

Ms. Sims now insisted on explaining to the minister what precisely she was concerned about. “Mr. Speaker, we are talking about Canadians losing jobs, but Conservative mismanagement is responsible for that. The government has had six years to fix this program, six years to make sure good jobs are not being taken from Canadians,” she declared. “However, the government has only made matters worse and failed Canadians and failed temporary foreign workers.”

Perhaps in anticipation of this basic complaint, Mr. Kenney had apparently spent some time going through his correspondence. “Mr. Speaker, that is not what the member said to me when she wanted me to bring a crane operator in to work for an employer in her constituency,” the minister came back.

As the minister proceeded, James Moore muttered into the open microphone that these were not Canadians that NDP MPs were seeking to see employed.

This is at least fair warning to anyone who ever makes contact with Mr. Kenney or his office: anything you say can or write can be used against you on the floor of the House of Commons.

When Liberal MP John McCallum next pursued the matter, the minister continued to read from his correspondence.

“Talking of hypocrisy, this one takes the cake over there,” Mr. Kenney said. “We just put a moratorium on the restaurant stream. I have a letter that was sent to our embassy in Beijing that said: ‘I understand that a first request for a work permit has been denied, but I would like to ask that you consider seriously a new request for a restaurant’ that this particular person used to frequent. Who wrote this? The honourable member for Papineau, the leader of the Liberal Party.”

“Ohhh!” the Conservatives cried, delighted by the surprise.

In fact, the letter is five years old and it was first used by the minister a year ago, around the same time it made its way to a Conservative party website dedicated to mocking Mr. Trudeau.

Mr. Kenney’s office won’t provide any letters sent by Conservative MPs and Mr. Kenney apparently isn’t suggesting that any of the opposition MPs cited here made requests that were somehow inappropriate (though we might have a discussion about whether MPs should be advocating for their constituents on this or various other files). Rather, the point is apparently only that there is hypocrisy here somewhere, that one can’t both advocate for the use of temporary foreign workers while also lamenting for the government’s management of the file.

When the Speaker had finally settled the easily excitable Conservative benches, Mr. McCallum came back up to castigate loudly.

“Mr. Speaker, never mind that the low-skills program went from 4,300 under the Liberals to over 30,000 under the Conservatives, it is still the Liberals’ fault,” he mocked.

Across the way, various Conservatives applauded their agreement.

“Never mind the immigration processing times skyrocketed under the Conservatives’ watch in 2007-2012. They still say it is the Liberals’ fault,” Mr. McCallum continued. “Why does the minister not look in the mirror and admit to Canadians that this mess is a Conservative mess? It is his mess and nobody else’s mess.”

The Liberal very much yelled that last sentence and the Liberal corner stood to applaud his decibels. Mr. Kenney now narrowed in on his point.

“Mr. Speaker, publicly, Liberals say it is a mess. Privately, they say the program is too tight,” he chided, gesturing back and forth. “Publicly, they say we should shut it down. Privately, the Liberals and New Democrats come up to me and say that fish processing plants on the east coast could not function without access to the low stream of the TFW program. They tell me that farms across Canada would shut down if the motion before us today were adopted. Thousands of farms would be unable to operate this year. I have a question for the Liberal Party. Which opinion of theirs should I listen to? The public one here on the floor of the House, or the private one when they come over here and talk to me.”

The Conservatives stood to cheer their guy.

“Mr. Speaker, listening to anybody would be a good start,” Liberal Rodger Cuzner sighed with the next opportunity.

There is probably a very interesting discussion to be had here about the socio-economic considerations around the temporary foreign worker program and its place and role in the national economy. Presumably we will get to that discussion just as soon as all evidence of everyone’s hypocrisy has been aired.

*Correction. This sentence and a subsequent sentence that has since been deleted suggested that Mr. Kenney was the first this afternoon to raise the permits extended to exotic dancers under the Liberal government. I misheard. The NDP’s Sadia Groguhe made reference to the program in putting her first question to Mr. Kenney.