Politics Insider for April 12: Setting the stage for a CPC leaders debate; Charest goes on the attack; and a disaster for the PQ 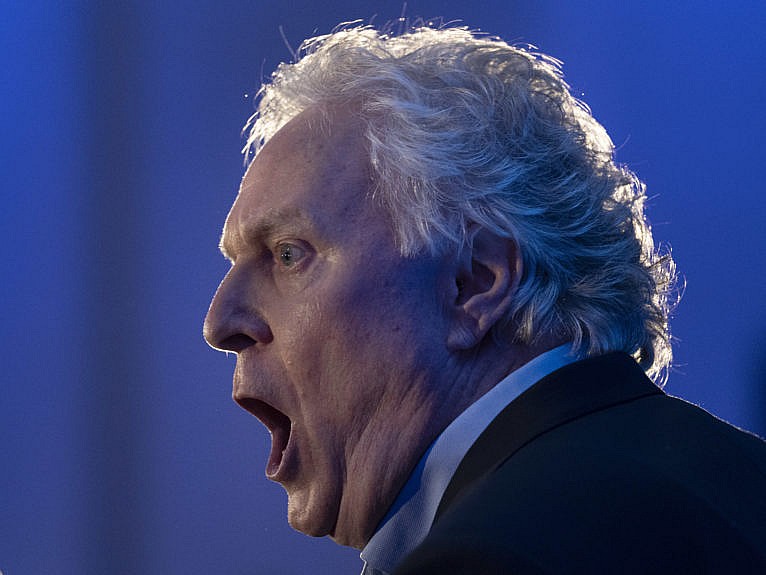 Ready to rumble? Would-be CPC leaders are to face off in three debates in May, CBC reports. An English debate is set for May 11 at 8 p.m. ET in Edmonton. A French debate will follow on May 25 at 8 p.m. in Montreal.

A memo sent to candidates last week and obtained by CBC News indicates that a format for the debates has not yet been set. Candidates will receive a list of topics one week before each debate.

Charest attacks: Speaking of the CPC race, on Sunday, Jean Charest let loose at frontrunner Pierre Poilievre, the Globe reports. Charest accused Poilievre of showing insufficient respect for the rule of law, given Poilievre’s enthusiastic support for the “Freedom Convoy.”

Mr. Charest’s stronger words coincide with clear signs of momentum in the Poilievre campaign, which is frequently attracting large crowds at stops throughout the country. In a nationally televised interview on Sunday, Mr. Charest took direct aim at Mr. Poilievre.

Bleu peril: Chantal Hebert has a thoughtful column in the Star about Charest’s prospects in his home province, which he must dominate in the leadership race if he is to have a chance of stopping Poilievre mania. A big problem for Charest is the rise of  Éric Duhaime, leader of the new provincial Conservative party, whose supporters are likelier to support Poilievre than Charest.

Over his first year as leader, the party’s rolls have gone from 600 to 51,000 members. Many of them hail from the ranks of federal Conservative sympathizers. An Angus Reid poll released last month revealed that more than half of those who voted for former Conservative leader Erin O’Toole in Quebec last fall support Duhaime provincially. This is a conservative reservoir that Charest has little hope of tapping for his leadership purposes.

CAQ pickup: The Parti Québécois lost a crucial race Monday night, as the CAQ’s Shirley Dorismond won a by-election in a Montreal suburb, the Gazette reports. The by-election was being seen by many as a gauge on the health of the PQ, who ran former NDP MP Pierre Nantel.

Fixer trouble: Bob Weber of the Canadian Press has a lurid tale from Alberta, based on emails that seems to show the former justice minister, Jonathan Denis, hired a self-described political fixer to get access to the phone records of a reporter who had embarrassed the justice minister.

David Wallace says he was hired by Jonathan Denis to get the phone records of Alanna Smith, a former Calgary Herald reporter now of The Canadian Press. Wallace said Denis told him he wanted to trace sources Smith had drawn on for a story about whether the size of Denis’s wedding reception broke COVID-19 protocols. In an email from his lawyer, Denis denied that he or his clients talked to Wallace.

The story raises serious legal and ethical questions, and is also extremely interesting.

Slave labour? Human-rights groups filed a complaint Sunday with the Canadian Ombudsperson for Responsible Enterprise to investigate allegations that some products sold by 14 Canadian companies are made  with forced labour in China, the Globe reports. The office, which operates at arm’s length from the government, has a mandate to probe wrongdoing linked to overseas corporate conduct in three sectors: mining, petroleum and the garment industry.  Almost all the Canadian companies listed in the complaint are subsidiaries of U.S. or other international firms.

For the mouse: In the Post, Colby Cosh takes note of some fine print buried in an annex in the recent budget, which will extend copyright protection to 70 from 50 years, in line with our recent trade deal and the wishes of representatives of a powerful cartoon mouse.

Where is the money? Absent from the budget was mention of a timeline for a campaign promise to transfer mental health money to provinces and territories, CTV reports. The Liberals promised the $4.5 billion cash infusion over five years during the federal election campaign. The Canadian Mental Health Association was “very disappointed” not to see it in the budget. Carolyn Bennett told CTV in January that she is consulting with her provincial and territorial counterparts.

U.S. report due: In the aftermath of Pope Francis’s apology to Canadian Indigenous Peoples, their counterparts in the United States are anxiously anticipating a federal report on residential schools, CP reports.

Deb Haaland ordered the Indian Boarding School Initiative last June, shortly after becoming the first Indigenous secretary of the interior in U.S. history, and just days after a B.C. First Nation announced the grim discovery of human remains at a former residential school. The results of that probe, which is expected to detail the scope and depth of the program in the U.S., are due any day now.