Politics Insider for Oct. 25, 2021: The Liberals get called out; Jason Kenney's in trouble; and Alberta's new mayors talk shop 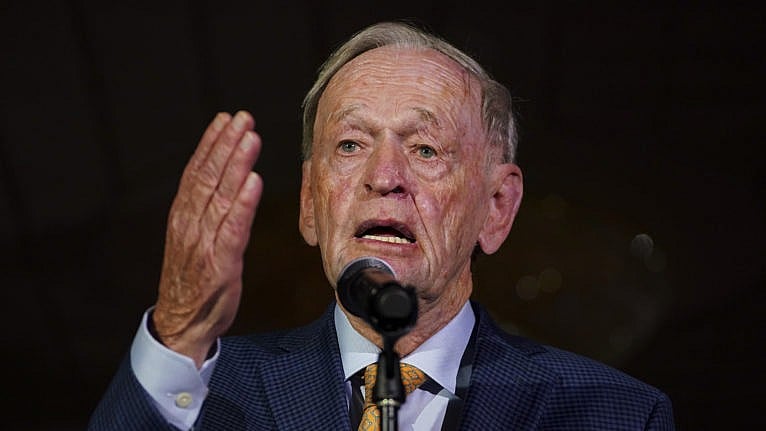 Former prime minister Brian Mulroney suggested in mid-2019 that Chrétien be sent to China to help resolve the crisis sparked by the arrest of Huawei executive Meng Wanzhou in Canada in late 2018. Former diplomat Michael Kovrig and businessman Michael Spavor were arrested in China a few hours later.

Chrétien said at the time he was willing to go, and was reported in June 2019 to have floated the idea of Trudeau intervening to cancel Meng’s case — his former chief of staff Eddie Goldenberg later made the case plainly in the Globe and Mail, calling for “a prisoner exchange.”

Chrétien made the comments in an interview promoting his new book, My Stories, My Times, Vol. 2, which comes out tomorrow.

Economic warning: In an interview with CTV, Chrétien warned about high levels of government spending.

“We’re printing money like crazy,” he said. Asked if that worried him, he said “yes.”

“We’re moving into a dark alley, but we’ll have to go to the end of the alley.”

Till Tuesday: Susan Delcaourt, in the Star, has a thoughtful column on what to watch for tomorrow when Trudeau appoints his post-election cabinet.

Will it be a cabinet designed to tackle big things like climate change, Indigenous reconciliation and the shape of the post-pandemic future? Or will it be mainly a human-resources exercise of promotions, demotions and lateral moves? Much of the speculation has been focused on the latter: who Trudeau intends to put into problem departments such as defence, and which of the current ministers and MPs are due for a step up or a step out. Trudeau has given few signs, either during the election campaign or afterward, that he is making any big shifts in business as usual.

Change at DND: In the Post, Matt Gurney writes that it was reasonable for Trudeau to take a break after the election, but that’s over and it’s time for him to appoint a new defence minister to do something about the problem of sexual misconduct in the military.

We need one, clearly. It’s long overdue. But there’s no reason to delay tackling this problem for even another day — frankly, we’ve delayed too much already. The prime minister can’t fix the long-festering issues of sexual misconduct in the military overnight, and it would be silly to pretend he could. But he can fix the problem right at the top — immediately.

If you missed it last August, check out Marie-Danielle Smith‘s investigation in Maclean’s, The War Inside the Military.

Kenney looks doomed: How bad does it look for Jason Kenney? Philippe J. Fournier, in Maclean’s, breaks it down.

Amateur hour: Speaking of struggling conservatives, Chantal Hebert has a sharply observed column in the Star taking note of Kenney’s troubles and those of Erin O’Toole, who looks to be getting dragged into a “lose-lose fight” over mandatory vaccination on the Hill. Worse still, she writes, the incoherence also extends to the economy.

And here again, the Conservative team seems bent on making Trudeau and Finance Minister Chrystia Freeland look like the adults in the room, for partly lost in the controversy over the Conservatives’ reluctance to comply with mandatory vaccinations was their amateurish approach to the inflation debate. As my colleague Heather Scoffield noted in a column earlier this week, it is ridiculous for the Conservatives to pretend that Trudeau is responsible for rising inflation rates.

If that is what O’Toole and his shadow cabinet really believe, then they are out to lunch. If it is not, then they are taking voters for fools. The allegation only serves to diminish the Official Opposition’s credibility. The fact that the Conservative attacks are backed by conspiracy theories peddled by MP Pierre Poilievre about the Bank of Canada compounds the damage.

Real risk: In the Globe, Andrew Coyne takes a look at the real risk of inflation, and concludes that we should not panic, yet.

The extraordinarily loose fiscal and monetary policies pursued over the past 18 months may not have ignited inflation while the economy was flat on its back, and held there by government-ordered lockdowns. But now that the lockdowns have been lifted, and the economy is recovering, there is real risk of an inflationary blow-off. Escaping that fate will require reductions in both the government’s issuance of debt and the Bank of Canada’s purchases of it. Fortunately, both seem to be in the works. The federal deficit has already been cut, from $335-billion last year to a projected $138-billion in fiscal 2022, and it seems to be heading lower, especially after this week’s decision to discontinue the main pandemic aid programs.

New mayors: In Maclean’s, Jason Markusoff has a lively interview with the new mayors of Calgary and Edmonton,  Jyoti Gondek and Amarjeet Sohi, who have interesting things to say about the progressive p0litical direction of urban Alberta.

Justice for Soliman: Walied Soliman, who chaired Erin O’Toole’s election campaign, has won a $500,000 defamation award against a “news commentator” who used social media sites to accuse Soliman of being a terrorism supporter, the Citizen reports.

According to a 27-page research document, Twitter found a “statistically significant difference favouring the political right wing” in all the countries except Germany. Under the research, a value of 0% meant tweets reached the same number of users on the algorithm-tailored timeline as on its chronological counterpart, whereas a value of 100% meant tweets achieved double the reach. On this basis, the most powerful discrepancy between right and left was in Canada (Liberals 43%; Conservatives 167%), followed by the U.K. (Labour 112%; Conservatives 176%). Even excluding top government officials, the results were similar, the document said.

$5 bad, $25 good: In the Vancouver Sun, Vaughan Palmer has another column on the NDP government’s plan to impose a $25 fee on access-to-info applications, noting that Murray Rankin deplored such fees, when he was an MP.

Back when the two of them were serving as NDP MPs in the federal parliament, Rankin denounced Ottawa’s $5 application fee “as a tollgate on the public’s right to know.” “Access to information sounds like a good idea when one is in Opposition and can use it as a tool, but when in government, it is expensive and it is a pain,” added Rankin, never thinking how those words might be thrown back at him when he was on the other side of the government-Opposition divide at the provincial level.