Lisee made the decision after meeting with campaign team Thursday evening: source 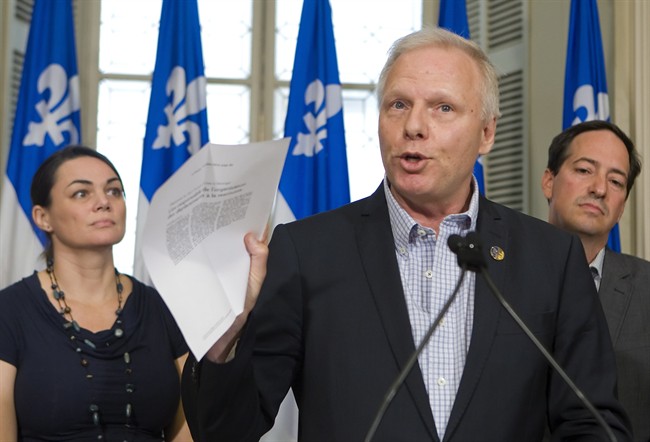 QUEBEC – A candidate for the vacant Parti Quebecois leadership post is taking himself out of the running for the top job.

Jean-Francois Lisee will formally announce on Friday afternoon that he’s withdrawing from the race, a source told The Canadian Press.

Lisee made a decision after meeting with his campaign team on Thursday evening, the source added.

First elected in 2012, Lisee was a senior cabinet minister in Pauline Marois’ minority government, responsible for international relations and the Montreal region.

Lisee returned recently from France and participated in a PQ caucus meeting earlier this week near Montreal.

Several other caucus colleagues have announced they’re running to replace Marois, who stepped down after last year’s defeat at the polls.

Another candidate is Pierre Cere, a spokesman for a group that defends the unemployed.

The PQ will chose a new leader in May and the next provincial election is scheduled to be held in September 2018.