Jim Flaherty and those in this arena

How should our MPs be? 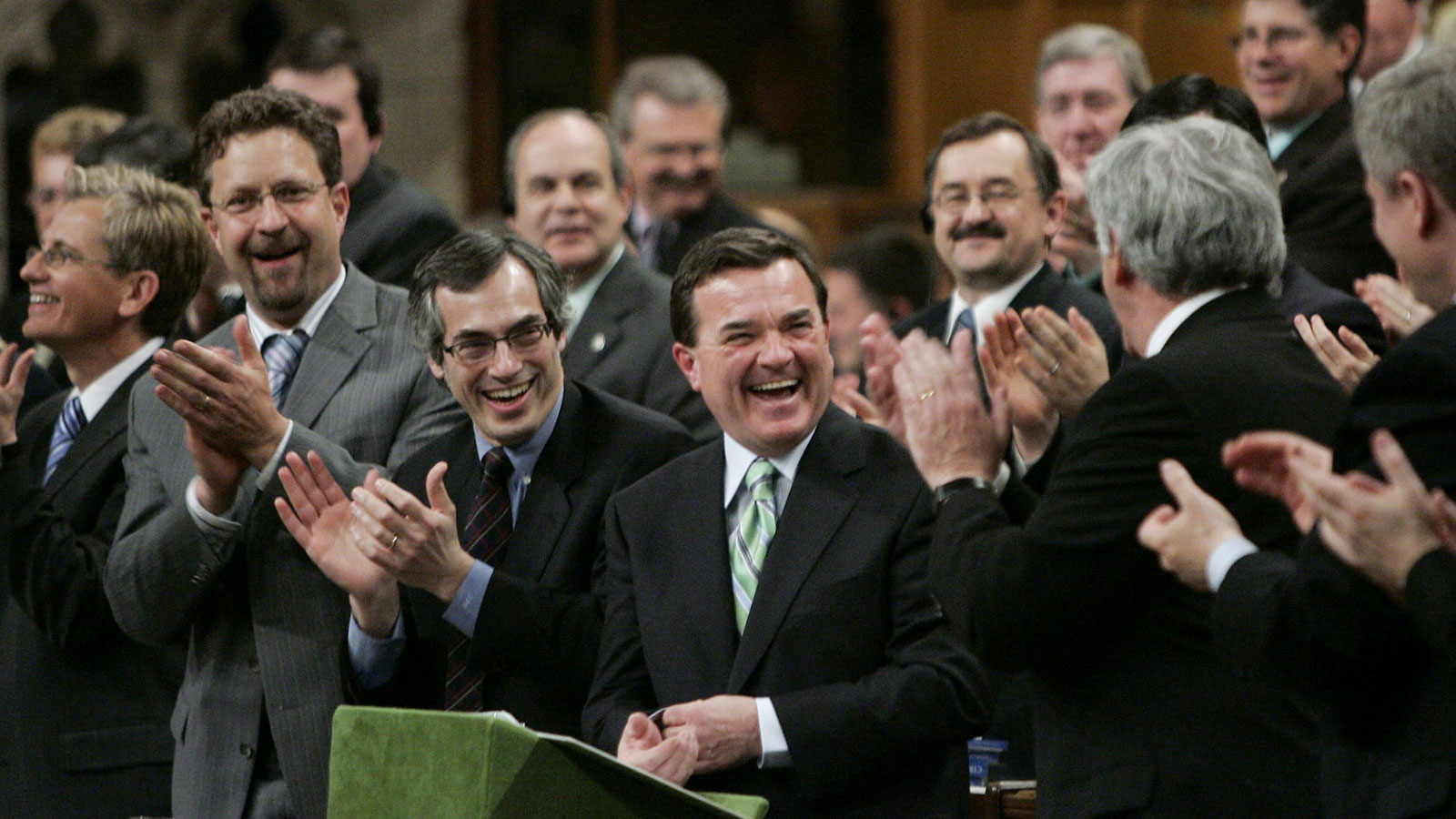 With his tribute last week to Jim Flaherty, Scott Brison, the Liberal finance critic, recalled the most-cited portion of a speech Theodore Roosevelt delivered in 1910 to an audience at the Sorbonne in Paris.

“The credit belongs to the man who is actually in the arena, whose face is marred by dust and sweat and blood; who strives valiantly; who errs, who comes short again and again, because there is no effort without error and shortcoming; but who does actually strive to do the deeds; who knows great enthusiasms, the great devotions; who spends himself in a worthy cause; who at the best knows in the end the triumph of high achievement, and who at the worst, if he fails, at least fails while daring greatly, so that his place shall never be with those cold and timid souls who neither know victory nor defeat.”

Bob Rae had quoted the same words the day before in an op-ed on Mr. Flaherty’s passing.

As Brison spoke, Pierre Poilievre, sitting at the other end and on the other side of the room, quietly mouthed the words. Nearly eight years earlier, in saluting the current government’s first major piece of legislation and in recognizing the multi-partisan work of writing that bill, Mr. Poilievre had spoken the same paragraph.

Roosevelt’s hour-and-half-long lecture, entitled Citizenship in a Republic, was something like the former’s president’s guide to the proper life of a state (including a section on the importance of able husbands and wives to produce children, advice which drew an “audible titter” from the French audience). Richard Nixon quoted its most-famous paragraph when he resigned (and subsequently titled his memoirs, In The Arena). The last clause of that paragraph is now tattooed on the inside of Miley Cyrus’ right forearm.

Mr. Flaherty himself used Roosevelt’s ode to punctuate a speech to university students three years ago.

It could apply, he notes, to any risk-taker, be they in public life or private enterprise. “You could say ‘in the arena’ doesn’t necessarily apply to every politician,” Brison suggests. “There may be people who get elected and who don’t necessarily push as hard or go as far as they could. Who get comfortable.”

On its own, it reads like something of an affirmation. And politics is, for all of the ego satisfying celebration that comes with having your face and your name plastered on placards and buttons and office signs, a profession in need of positive reinforcement.

Death, of course, is generally cause for reflection. And when it is a politician who has died, it is most-easily public service that is considered, including the mere fact that significant numbers of people would mourn a politician.

In the case of Mr. Flaherty there was the scene of Thursday, the fluke of timing that had so many MPs present in the House of Commons when word of his death reached the Hill.

Peter Mansbridge wondered if it might change anything. Brent Rathgeber hoped that a less petulant House might become part of Mr. Flaherty’s legacy. William Watson suggested Mr. Flaherty’s death should be cause for reflection among MPs who might wonder how they’ll be remembered and among voters who might wonder what sort of behaviour they reward. Geoffrey Stevens posited that this moment of reflection might extend to the Fair Elections Act. And Jim Coyle simply offered that we take this moment to remind ourselves that our politicians are, in fact, human beings. “There is a corollary to the proposition that it shouldn’t require heartbreak for the political classes to treat each other as human beings rather than as devils incarnate. And that is that our politics would also improve mightily if the Canadian public saw politicians as human beings much like themselves, often making very large sacrifices, rather than as contemptible cartoon figures of vanity, greed and corruption.”

There is probably something to this, not least because we might ask ourselves whether, as the tools and methods of communication have changed, our politicians have retreated further and further from humanity and whether we implicitly or explicitly discourage our politicians from acting like humans except insofar as humanity can be packaged.

So how should our MPs be?

Of course, even at their best, the politician transcends the ordinary—standing on stage before us as symbols of hope and what. And then we do send these people to Ottawa not merely to hug or shake hands, but also to fight, to test ideas and plans and each other. It will not always be pleasant or high-minded. Every once in awhile someone will strut around like a pigeon. And, within reason, we should be willing to let them do so (or at least make a special exception for Wayne Easter).

However fondly remembered, Flaherty still chided the parliamentary budget officer and once likened the Liberals to pirates. But if he somehow still got along with his rivals, was still appreciated as a human being by those who otherwise objected to his policies and practices, there might simply be something in the sort of humanity that leaves the Green candidate in Whitby-Oshawa all broken up at your passing.

Those in the arena might be more conscious of the implicit and explicit acts that shame the institution. They might not so easily disparage the idea of being there. “I think, frankly, we spend far too much time in politics debasing that which we do and who we are,” Brison says. “It annoys me the degree to which some politicians go to say, ‘I’m not a politician’ … I am a politician. That’s what I do. And anyone who puts their name on a ballot becomes a politician. And it should be something that we ourselves honour and we encourage others to honour.”

That we have so publicly mourned two professional politicians—Flaherty and, before him, Jack Layton—might suggest some willingness to honour such work and such people.

Roosevelt’s ode to the man in the arena followed from the former president’s dismissal of cynicism. “Let the man of learning, the man of lettered leisure, beware of that queer and cheap temptation to pose to himself and to others as a cynic, as the man who has outgrown emotions and beliefs, the man to whom good and evil are as one,” Roosevelt declared. “The poorest way to face life is to face it with a sneer.”

It is easy to apply this to those watching from the cheap seats, it might as easily apply to those on the arena floor, who, in striving, could be just as easily overcome by cynicism. (This is perhaps the enduring lesson of Mr. Nixon’s downfall.)

In the midst of a week during which another politician’s life was considered and celebrated, a new book arrived on the lives and experiences of the men and women of this arena. Its basic conclusion was that it is for those in the arena to fix what ails it. Mr. Roosevelt might’ve had something to say about that too. “It behooves us to do our best to see that the standard of the average citizen is kept high,” he told his audience at the Sorbonne, “and the average cannot be kept high unless the standard of the leaders is very much higher.”