Joe Biden has been elected president of the United States, AP says 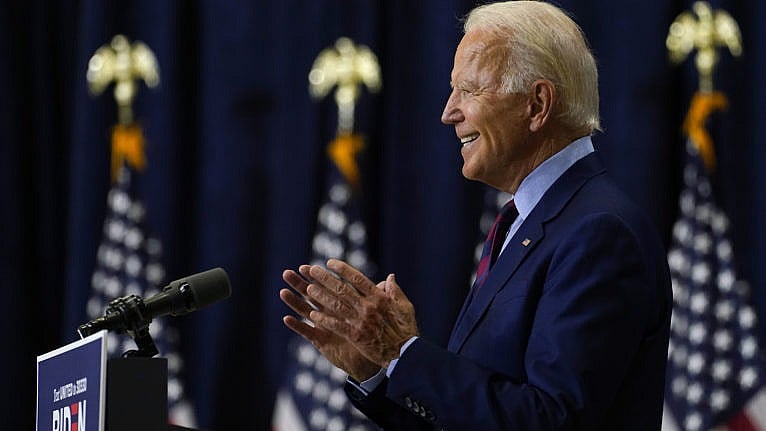 After three suspenseful days of ballot-counting, Joe Biden has emerged as the next president of the United States, the Associated Press projects.

The Democrat nominee’s razor-thin victory in Pennsylvania pushed him past the 270-vote threshold required for a majority in the U.S. electoral college. Donald Trump, the Republican incumbent, had won or was leading in 23 states worth 214 electoral votes. The call in Pennsylvania came after Biden eclipsed Trump during the vote-count in Georgia, which would further solidify the outcome.

Biden’s win ends a bitter, at times chaotic election season that fractured the world’s most powerful country more deeply than ever. The campaign, and the turbulent three and a-half years that preceded it, leave the 77-year-old president-elect to bridge partisan, ideological and cultural rifts between the more than 50.5 per cent of voters who cast ballots for him, and the 47.7 per cent who did so for Trump.

In a statement issued after the AP and numerous television networks called the election in his favour, Biden struck a conciliatory tone. “With the campaign over, it’s time to put the anger and the harsh rhetoric behind us and come together as a nation,” he said. “It’s time for America to unite. And to heal. We are the United States of America. And there’s nothing we can’t do, if we do it together.”

More on the task that lies ahead:

The psychological toll of the Trump era
Joe Biden and the lure of gridlock
The brick-wall Senate Biden faces if he wins
What if Donald Trump loses?

But the result also promises an abrupt shift from the disruptive, personality-driven politics that defined Trump’s mandate, upending not only norms in U.S. government and public debate, but the global order that that looked to the U.S. for leadership.

More on the changes ahead:

Trump, though, is not inclined to go quietly. His campaign has sought a recount in Wisconsin while promising to file legal challenges in several states in an apparent attempt to cast doubt on the results. Trump campaign staff were quoted telling U.S. media not to expect him to concede.

The president himself made unsubstantiated claims during an TV appearance on Thursday night of electoral fraud and voting and counting irregularities, though election officials in states where counting went on said they’d seen no evidence or even signs of such problems.