Politics Insider for Feb. 9: Truckers continue to dominate the news; some provinces start to open up; Poilievre pulls ahead in the Conservative leadership race 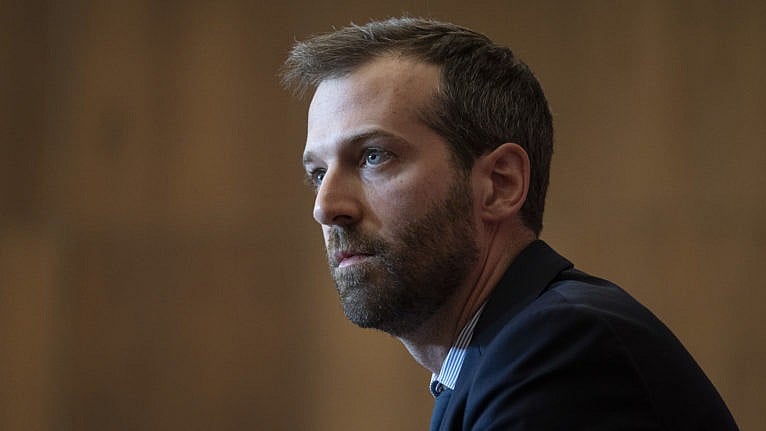 Backbench critique: Liberal Quebec City backbencher Joël Lightbound had a newser on Tuesday in which he criticized his government’s pandemic response, which, Paul Wells writes in Maclean’s, constitutes “the most serious threat to Justin Trudeau’s leadership of the Liberal Party of Canada since Jane Philpott quit the federal cabinet.”

“I think it’s time we stop dividing the population,” said Lightbound. And, “Not everyone can earn a living on a MacBook at a cottage.”

Wells is sympathetic to Lightbound’s critique and critical of the Liberals:

If you can’t defend your policy, it doesn’t much help if you ball up your fists and demand that everyone be a team player. If you can defend your policy, great: defend it. Lightbound’s broader argument—that this government has been leaning way too hard on “get with the program” as an argument for way too long—is not only reasonable, it’s obvious to anyone who can see. Including many Liberals of my acquaintance. The truckers vs the lockdown is a perfect illustration of a central characteristic of the Trudeau government and, I might as well say it, of Justin Trudeau: the strong belief that there will be a perfect time to make a decision later, after the crisis is over.

Wells notes that some Liberals want Lightbound ejected from the caucus, but Toronto MP Nathaniel Erskin-Smith, who often speaks at variance with party policy, tweeted that he should stay in caucus, and later Liberal whip Steve MacKinnon tweeted that he will stay in the caucus. Others praised him for being brave enough to speak out.

The Star has a good roundup of the reaction, and Althia Raj has a heartfelt column calling for greater tolerance for dissenting views within the government caucus.

I hope Lightbound will retain his chairmanship of the industry committee. I wish the media and political parties made less of a fuss about internal dissent so that more MPs could find the courage to share their thoughts publicly. It is not normal for a broad-based party to have absolute unity of thought.

Bridge open: Truckers and “truckers” continue to dominate the news. Some traffic is flowing again over the Ambassador Bridge between Windsor and Detroit but a partial blockade remains in place, disrupting a vital economic link. Police and politicians are concerned, the Globe reports.

Border closed: Traffic is still blocked at Alberta’s Coutts border crossing, the Calgary Herald reports, but it sounds like the Mounties are trying to clear the trucks.

Reopenings: By coincidence or not, Jason Kenney announced the “staged reopening” of Alberta on Tuesday, the Herald reports. Similar announcements were made in Saskatchewan and Quebec, the Star reports.

The convoy organizers are willing to form a coalition government, they said at a news conference on Tuesday, to widespread derision, although they later announced they were withdrawing the MOU in which they proposed to take over the government after deposing Justin Trudeau.

Kids on board: There are still many protesters in Ottawa, including many children in the trucks, CBC reports.

No good deed: In an ugly story in the Citizen, reflecting the fanaticism of convoy supporters, a tow truck driver who played good samaritan, towing a shack for the protesters, has been subjected to online abuse.

Horn silencer: Also subject to online abuse is Zexi Li, the 21-year-old Ottawa woman whose lawsuit stopped the incessant honking, CTV reports. She seems to be taking the abuse in stride: “I really, really felt that no matter what, I had to do something. If that something is to be a voice and be a face—and even be even a target—for people to understand what really is going on here, I was more than willing to do so.”

Of one mind: The Globe is full of commentators saying it is time to get tough on the protesters in Ottawa.

Former RCMP commissioner Giuliano Zaccardelli writes that it’s time to move the trucks: “The trucks, which have created physical and auditory disorder in Ottawa for a week, must be moved – if not by their owners, then by heavy machinery or, if necessary, police-contracted and protected drivers, no matter how difficult it may be. Any illegal structures – tents, shacks, fire pits, etc. – must be dismantled.”

Historian Andrew Cohen nostalgically recalls Pierre Trudeau’s handling of the October Crisis, and calls on his son to man up: “It’s about democracy, the integrity of the state, the preservation of order, and freedom from this noisy caravan of anarchy, prejudice and harassment.”

Columnist John Ibbitson points out that the Liberals didn’t seem particularly occupied before the occupation started: “We were just sitting around up here, waiting for something to happen, when that something arrived in the form of a truck convoy.”

Former Defence Minister David Pratt argues that we should not shrink from using the military.

For variety, the Globe also has a column from Gary Mason attacking the Conservatives for being too soft on the convoy, which Tucker Carlson mocked on Fox.

A Leger poll on Tuesday, though, showed Poilievre, who is so far unopposed, with a commanding lead over as-yet theoretical rivals.

Divided: The Star has a good roundup on divisions in the Conservative party, between convoy backers, like Poilievre, and critics, like Michael Chong, who could run against Poilievre. Others being discussed as potential candidates: Leslyn Lewis, Tasha Kheiriddin, Patrick Brown and Peter MacKay.

To the devil: In Le Journal de Montréal, Emmanuelle Latraverse has a scathing column (translation), pointing out that law-and-order-loving Conservatives seem to have entirely abandoned the principles they used to go on about constantly.

Would the Conservatives have been so tolerant if the city centre had been occupied by Indigenous people with drums? To ask the question is to answer it. Worse, now the party of law and order defends that municipal and provincial laws are flouted with impunity.

Facebook! American outlet Grid has an interesting deep dive on how Americans are mixed up in making Ottawa so miserable. Unsurprisingly, the movement seems to has been heavily promoted on Facebook through a number of groups run by an apparently hacked account.

The account launched a handful of Facebook groups for the protest, all between Jan. 26 and 28, before the trucker convoy reached Ottawa. With a combined following of more than 340,000 members and more than 7,500 posts, the group names were variations on a theme: “Convoy to Ottawa 2022,” “Convoy for Freedom 2022,” “Freedom Convoy/Ottawa 2022 for Canada,” “Freedom Convoy 2022” and “2022 Official Freedom Convoy to Ottawa.” Facebook groups are organized by administrators. Grid found that the only administrator account for these groups belonged to the Missouri woman. Reached briefly by phone on Monday, she said her account was hacked and she was not involved with the groups.