Trump "does not have a full appreciation and understanding of what the implications are of going down that road," says John Brennan 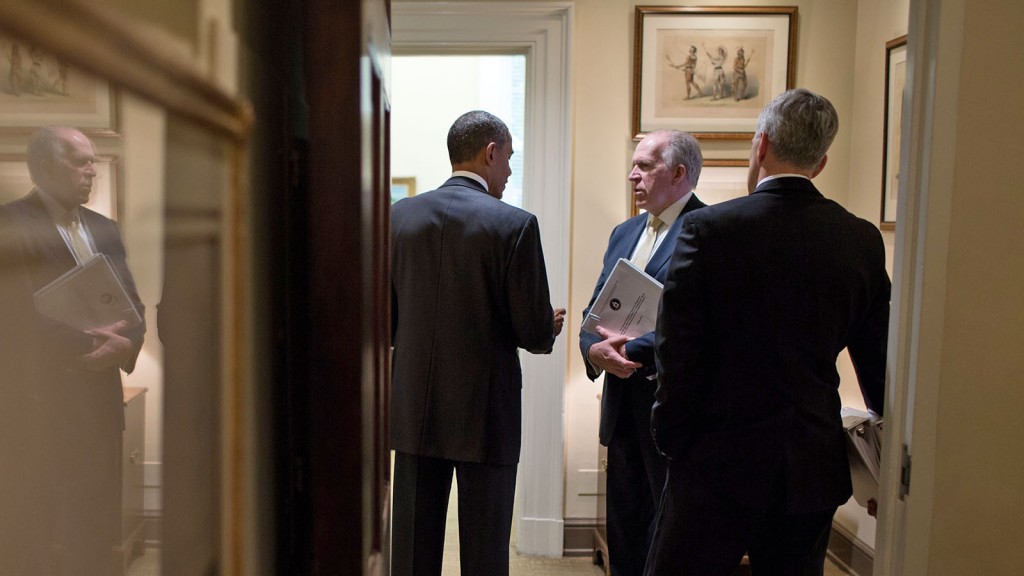 WASHINGTON – Outgoing CIA Director John Brennan ripped into Donald Trump on Sunday for “talking and tweeting” about possibly easing sanctions against Russia, saying the president-elect lacks a full understanding of the threat Moscow poses to the United States.

“I think he has to be mindful that he does not have a full appreciation and understanding of what the implications are of going down that road,” Brennan said on “Fox News Sunday,” a show Trump routinely watches.

Trump’s transition team did not immediately respond to a request for comment.

The extraordinary televised lecture to the incoming president highlighted the bitter state of Trump’s relationship with the American intelligence community just days before he is inaugurated as the nation’s 45th president. Trump has repeatedly shrugged off intelligence that’s convinced Republicans and Democrats that Russia tried to help him win election.

He’s publicly called for a better relationship between the U.S. and President Vladimir Putin’s government, and suggested in an interview with the Wall Street Journal on Friday that he’d consider easing sanctions imposed by President Barack Obama as payback for the alleged election hacking.

Trump also has suggested that the intelligence community is out to get him – including by the leak of a document containing potentially damaging, but unverified, financial and personal information on Trump. Trump has likened the situation to “Nazi Germany.” Brennan on Sunday called that comparison “outrageous” and said the intelligence community wanted the president-elect to know that the document was circulating among some news outlets.

But an array of revelations has shed more light on the Trump-Putin relationship. Ret. Gen. Michael Flynn, who is set to become Trump’s national security adviser, and Russia’s ambassador to the U.S. have been in frequent contact in recent weeks, including on the day the Obama administration hit Moscow with sanctions in retaliation for the alleged election hacking, a senior U.S. official says.

After initially denying that Flynn and Ambassador Sergey Kislyak spoke Dec. 29, a Trump official said late Friday that the transition team was aware of one call on the day the Obama administration imposed the sanctions.

Vice-President-elect Mike Pence, also in an appearance on “Fox News Sunday,” denied that Flynn and Kislyak discussed anything relating to the sanctions.

Pence said he talked to Flynn about this on Saturday. “The conversations that took place at that time were not in any way related to the new U.S. sanctions against Russia or the expulsion of diplomats.”

Repeated contacts just as Obama imposed sanctions would raise questions about whether Trump’s team discussed – or even helped shape – Russia’s response. Russian President Vladimir Putin unexpectedly did not retaliate against the U.S. for the sanctions or the expulsion of 35 Russian diplomats, a decision Trump quickly praised.

Pence on Sunday also denied that anyone from the Trump campaign contacted Russian officials before the election.

Brennan on Sunday roundly denounced Trump’s approach to Russia and other national security threats, suggesting the president-elect has much to understand before he can make informed decisions on such matters. Trump’s impulsivity could be dangerous, Brennan suggested.

“Spontaneity is not something that protects national security interests,” Brennan said, saying twice that the matter is “more than being about him.”

“I think Mr. Trump has to understand that absolving Russia of various actions it has taken in the past number of years is a road that he needs to be very, very careful about moving down.”

There are costs to casting doubts on the credibility of the national intelligence community, Brennan added.

“The world is watching now what Trump says and listening very carefully. If he doesn’t have confidence in the intelligence community, what signal does that send to our partners and allies as well as our adversaries?” Brennan said.

“It’s more than just about Mr. Trump,” he said.