Is the Liberal leader wrong to whip the vote? If so, why? 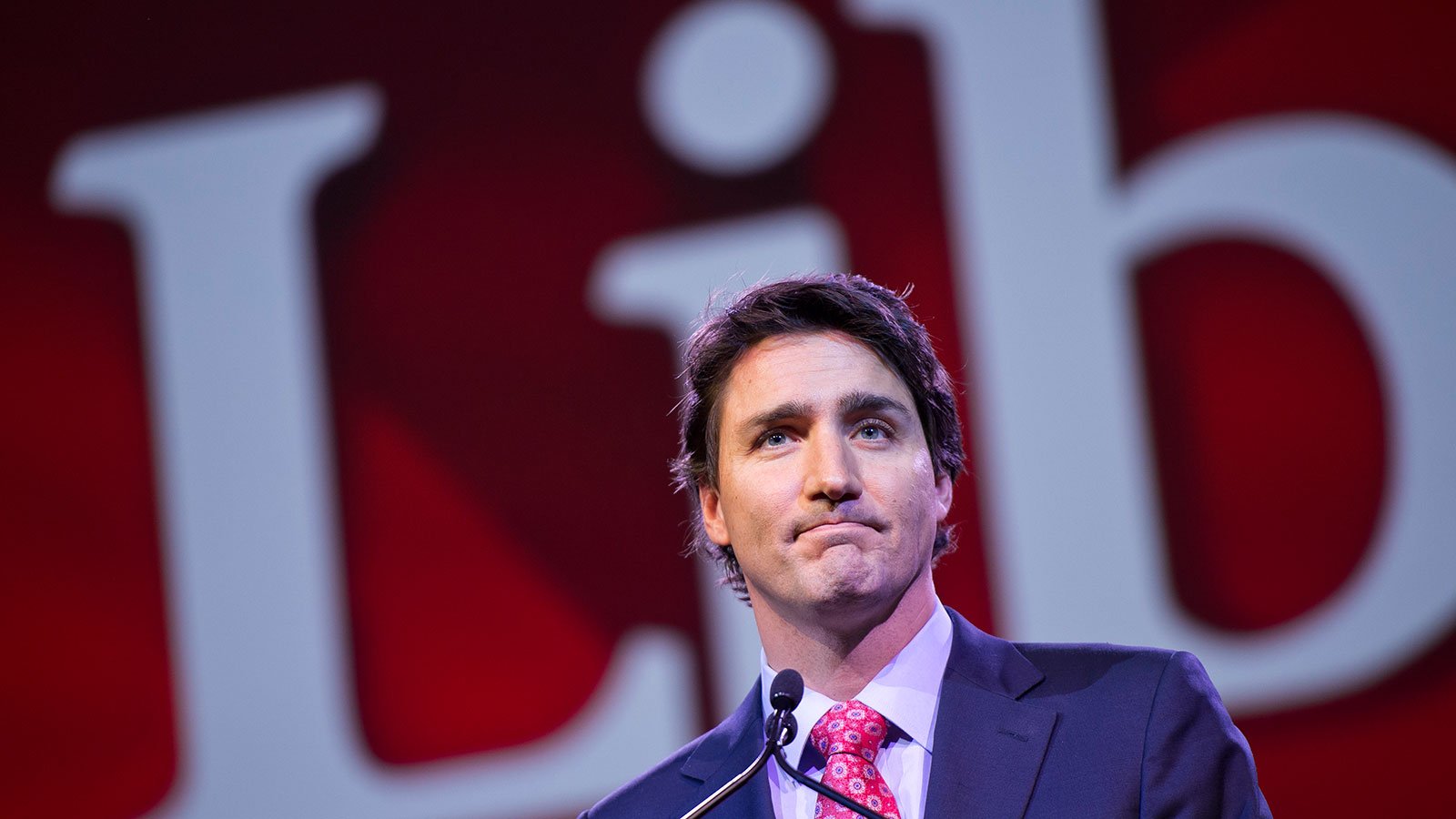 Whatever the political, legal and religious questions that might be raised by Justin Trudeau’s stand on abortion, the controversy basically comes down to a parliamentary question: When should MPs be able to vote freely? And within that difficult question is an even more difficult question: Why are certain issues considered so uniquely fraught that free votes should be permitted?

Cardinal Collins, the archbishop of Toronto, came to this first question in the penultimate paragraph of his letter to Mr. Trudeau.

Political leaders surely have the right to insist on party unity and discipline in political matters which are within the legitimate scope of their authority. But that political authority is not limitless: it does not extend to matters of conscience and religious faith. It does not govern all aspects of life.

The Archbishop of Edmonton then expanded on this point in his own letter.

As the cardinal points out in his letter, insistence by political authority on party unity and discipline has its place, but it is not unlimited in scope. There are issues that transcend political partisanship and must never be subordinated to a thirst for power. Respect for human life is foremost among these.

On matters of such fundamental import for the common good, we need all elected officials of every party to be free to make decisions on the basis of conscience, whose dictates are discerned through careful deliberation and not predetermined by the party leader.

Both men seem to be getting at a certain idea: that so-called “matters of conscience” should be free of the party whip.

There is some history in this regard, not only in Canada, but across Westminster parliaments. In the Canadian context, issues such as the death penalty, abortion and same-sex marriage have been subject to free votes (the Liberal cabinet and the NDP caucus were whipped on the vote to pass the Civil Marriage Act in 2005, while Liberal backbenchers as well as the Conservative and Bloc Quebecois caucus voted freely).

There is a general idea here that issues of moral or religious or personal conviction should be beyond the whip. And you could draw up a list of potential issues that might qualify: euthanasia, stem cell research, gambling, drug laws, prostitution, etc. In years past, you might’ve put divorce laws or homosexuality on that list. This Australian survey cites free votes on: “‘Life and death’ issues such as abortion, euthanasia and capital punishment; Social or moral issues such as family law, homosexuality, drug reform, war crimes and gambling; Human reproductive and scientific research issues such as in vitro fertilisation and stem cell research.” (In New Zealand there is a tradition that votes on alcohol laws should be considered conscience votes.)

Unfortunately, it’s easier to draw up a list of potential conscience votes than it is to draw tidy lines around that list.

What exactly defines a matter of conscience? And what separates those matters from various other issues that come before Parliament?

In his introduction to Conscience and Parliament, British scholar Philip Cowley reviewed various definitions and found all of them wanting. What about issues that require moral consideration? That could conceivably include matters of national defence, taxation and justice. What about matters in which the laws passed would “infringe on the conscience of the subjects”? This, Cowley argues, also doesn’t work. “Most laws impinge to some extent on the actions of others; and what one person sees as an infringement of his or her conscience others may see as a purely administrative policy (and vice versa),” he writes. “And more substantively, there are plenty of prima facie ‘conscience’ issues which are not private. The death penalty is clearly not an issue of private morality. Embryo research, abortion, vivisection and hunting all have other parties—embryos, foetuses or animals—involved.”

Cowley concludes that it’s impossible to clearly define what a matter of conscience is and he notes that another British scholar, Peter Jones, has argued that no distinction should be made. Jones’ essay is a thorough airing of the philosophies in play, but here is just a paragraph.

Legislators’ decisions do not merely ‘affect’ the lives of others, they are designed to govern the lives of others and those others typically number in their millions. The position of the legislator is therefore quite different from that of a private citizen leading his private life in accordance with the dictates of his conscience. An MP occupies a public role and is making decisions for others rather just for himself. Perhaps it is possible, even granted these facts, for someone still to insist that an MP has a fundamental right to act only according to his conscience and that his rights of conscience trump all other considerations that bear upon how legislative decisions should be made. Certainly, conscience is sometimes invoked in parliamentary contexts in ways which seem to give it that sort of ultimate significance. But, on reflection, it seems most implausible that the preeminent consideration in legislation should be the rights of those who make up the legislature. Surely the concerns of legislators should be primarily other-directed rather than self-directed; legislators should account for their actions as legislators in terms of the good or the right that their actions promote rather than in terms of what is owed to themselves.

Now, what if he vowed to whip a vote to legalize euthanasia? I suspect the outcry would at least equal the current controversy.

The difference, if we accept my guesses, might be in that the laws around same-sex marriage and the death penalty seem “settled” in their current state—no such law exists for abortion and legalizing euthanasia would require explicitly changing the current law.

That’s a reasonable distinction, but it doesn’t work for the purposes of determining what qualifies as a matter of conscience. So let’s turn this around. If Mr. Trudeau should permit a free vote on abortion, what else should Mr. Trudeau permit a free vote on? Same-sex marriage? Capital punishment? Prostitution laws? The legalization of marijuana? Safe-injection facilities? Stem cell research? War?

The notion of morals, as noted above, complicates matters insofar as you can imagine it being applied to various areas of public policy. At the very least, I can imagine it being applied to decisions involving military combat, but you could probably find ways to argue that moral calculations could be included in deciding environmental regulations or changes to the tax code or judicial sentencing guidelines. Of course, the Liberal party, and other parties, might not be particularly divided on such issues—free votes might not be seen as necessary to appease the personal convictions of Liberal MPs or, for that matter, the MPs in other parties.

There is, in that way, a certain practicality to consider here. Stephen Harper couldn’t whip his caucus on an abortion vote even if he wanted to. Jean Chretien might not have been able to whip his caucus. Justin Trudeau has comparatively few pro-life MPs to worry about (and he’s grandfathering them into the new regime). But the previous split in the caucus might make Mr. Trudeau’s current stance seem more controversial. It does seem that the Liberal leader is being criticized for something that the NDP already does—adopting a strident policy on abortion. (Has the Catholic Church ever written to the NDP to complain? Should Thomas Mulcair at least be CC’d on all letters to Mr. Trudeau?)

A party leader is surely going to be more willing to offer a free vote if doing so is necessary to appease his caucus—as Cowley has written, free votes do help party leaders avoid having to deal with issues that are likely to cause controversy. But that, again, is a poor measure for determining what qualifies as a matter of conscience.

What it does do though is reinforce the practicality of the situation. The Liberal party and its leader have adopted a position. Liberal MPs, party members and voters who disagree have options. Current Liberal MPs who disagree could say so publicly. Future Liberal MPs who decide, whatever they promised the party during the vetting process, that they can’t vote with the party and thus challenge the whip and deal with the consequences. Party members who disagree could push for a new resolution at a future convention or they could decline to support the Liberals in the next election. Liberal members and supporters and unaligned voters could decide to support an alternative—conceivably moving to the Conservative party (though I think I’d be interested to hear what exactly they imagine is possible with the Conservative party).

Beyond the philosophical debate about what should and should not be beyond the power of the whip, the wisdom of Mr. Trudeau’s move will basically be settled democratically.