Justin Trudeau apologizes to a B.C. First Nation after his Tofino trip 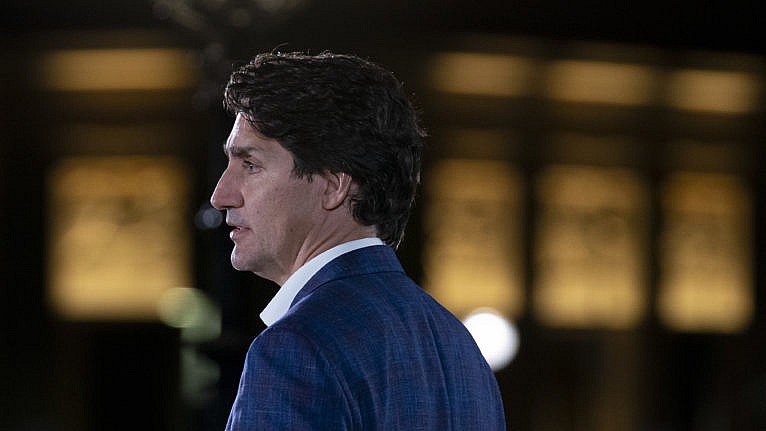 Justin Trudeau in Ottawa on the eve of the first National Day of Truth and Reconciliation, September 29, 2021. (Adrian Wyld/Canadian Press)

Justin Trudeau has apologized to a British Columbia First Nation after he began a family holiday in Tofino rather than attending a reconciliation event near the former Kamloops Indian Residential School on the first National Day for Truth and Reconciliation, the Globe reports.

She later put out a statement asking media outlets to give as much time to survivors’ stories as they do to Trudeau’s absence on Sept 30.

Susan Delacourt writes in the Star that Trudeau and his team may have messed up because they are worn out.

It’s entirely possible that this is an error born of exhaustion. Trudeau and his senior staff have been going flat out for two months on the road during the election campaign and were plunged immediately afterward into the high-scale drama of Canada-China relations and the release of the two Michaels last weekend. Trudeau flew out late Friday night to meet Michael Spavor and Michael Kovrig when they touched down on Canadian soil after more than 1,000 days in Chinese prisons. In other words, yes, the prime minister and all his advisers need a holiday — just maybe not on the first National Day of Truth and Reconciliation.

Chantal Hebert, also writing in the Star, notes that Trudeau could have used the occasion to announce that the federal government would stop its legal battle against Indigenous children.

If he had wanted to mark Canada’s very first National Day for Truth and Reconciliation, the prime minister could have announced a decision along those lines on Thursday. Instead, his contribution to the event will be remembered for all the wrong reasons. While Canadians across the country were attending ceremonies and marches designed to mark the occasion, Trudeau skipped town to join his family in Tofino. The only prime ministerial sighting on Thursday featured a beach.

May won’t lead Greens again: Elizabeth May told CTV she will not be interim leader of the Greens after the departure of Annamie Paul, and responded to a suggestion from Paul’s EA that she could have been more helpful: “I feel a bit like I’m subject to gaslighting here because I wasn’t allowed to speak and I supported Annamie so much in the leadership, there’s no question. I would have done and did do whatever she asked of me.”

She explains her view further in a piece in the Star.

It appears to me that Ms. Paul expected her role to be similar to that of a CEO/chair following the American business model, and that she demanded relatively autocratic powers along those lines. The federal council resisted, but in the event were ground down and acceded to almost everything Annamie Paul requested. She was granted many of those elements of top-down leadership and authority which Green leaders do not customarily get. She alone controlled the choice of campaign manager. She controlled many key decisions in a non-transparent campaign working group. It may have been the clash in culture created by her having more authority than any previous leader, yet far short of her expectations, that led to a very unpleasant relationship between the elected leader and the elected volunteers on council.

What happened: Two in-depth pieces explore the conflict between Paul and party officials, one from Radio Canada, in French, and one in English in the Star.

There will be those who insist that race wasn’t a factor in the Green Party’s marginalization of Annamie Paul. But of course race is a factor when the first Black woman to lead a federal party doesn’t actually get a real chance to lead over a short term, and is instead bogged down by internal attacks, leadership questions and a lack of support that wasn’t evident before she arrived.

Borderline angry: Vaccinated snowbirds who live in their RVs can’t understand why the U.S. border is still closed to them, CBC reports.

The U.S has extended its land border closure until at least Oct. 21. If that date is extended into November, Fordham said the couple will pay a commercial driver around $700 to transport their RV across the Michigan land border. Although Canadian travellers currently can’t cross by land, there are no restrictions on them importing vehicles to the U.S.

Inside story: In the Star, Tonda MacCharles has some interesting behind-the-scenes information about the repatriation of the Michaels.

Help for Alberta: The Armed Forces will “be in position” Monday to decide where to deploy eight critical care nurses that will help Alberta combat the fourth wave of COVID-19, CP reports. The Red Cross will also provide up to 20 medical professionals. Alberta is dealing with more than 1,000 new cases a day.

Who goes where? CBC’s David Cochrane has a good cabinet speculation piece.