Justin Trudeau, heir to the politics of coalition 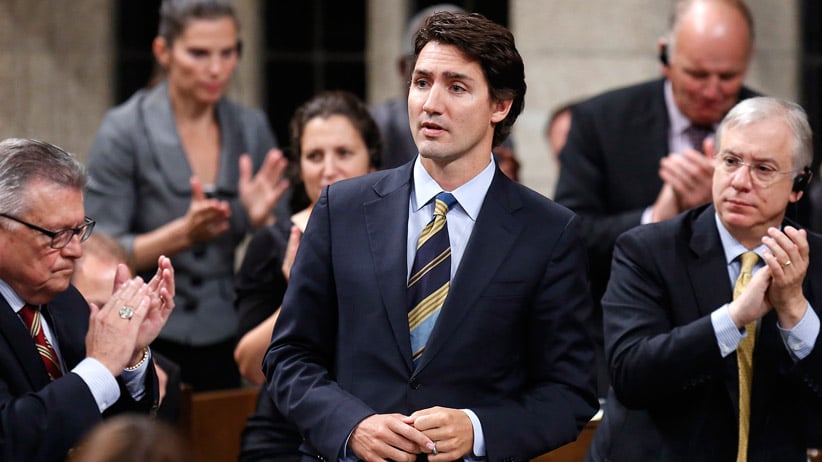 In June 1867, 600 delegates of the Liberal party, an institution still in its infancy, met in Toronto for a convention. The fifth resolution put before the assembled Liberals was as follows:

“That coalitions of opposing political parties, for ordinary administrative purposes, inevitably result in the abandonment of principle by one or both parties to the compact, the lowering of public morality, lavish public expenditure and wide-spread corruption. That the coalition of 1864 could only be justified on the ground of imperious necessity; as the only available mode of obtaining representation for the people of Upper Canada, and on the grounds that the compact then made was for a specific measure and for a stipulated period, and was to come to an end so soon as the measure was attained. And while this Convention is thoroughly satisfied that the Reform party has acted in the best interests of the country by sustaining the Government until the Confederation measure was secured, it deems it an imperative duty to declare that the temporary alliance between the Reform and Conservative parties should now cease, and that no Government will be satisfactory to the people of Upper Canada which is formed and maintained by a coalition of public men holding opposite political principles.”

The lowering of public morality!

In response, Liberals William Howland and William McDougall defended their involvement in John A. Macdonald’s Great Coalition, but George Brown (who had left the coalition) and Alexander Mackenzie (who would later turn down the offer of a seat in the coalition) criticized the coalition. The resolution subsequently received overwhelming support from delegates. The Liberals subsequently ran, unsuccessfully, on anti-coalition sentiment in 1867.

Trudeau’s views were deemed newsworthy after he decided on Tuesday to entertain the hypothetical proposition of an NDP caucus led by someone other than Thomas Mulcair. Would Trudeau be interested in forming a coalition with an NDP caucus that had a different leader? Maybe! But also maybe not!

(Next time I have an interview with Trudeau, I’m going to spend 20 minutes going through a list of possible NDP leaders to gauge his feelings on each one.)

On Wednesday, he entertained no such equivocation. He is opposed to a coalition, he said, and there are too many differences between the Liberals and NDP to make such a thing work.

In response, Peter Loewen has now gamed out Trudeau’s possible post-election plays, while NDP organizer Jamey Heath is rather unimpressed with Trudeau’s position.

While equivocating in the hypothetical on Tuesday, Trudeau had also actually been unequivocal, as well. “I’m not interested at all in any formal arrangement,” he said. “On the contrary, I find that wanting to make arrangements with other parties is putting the desire for power ahead of the interests of Canadians. What Canadians are interested in is having a coherent government.”

Trudeau’s “maybe” might’ve been interesting, but this explanation is definitely more interesting.

Mackenzie’s position in 1864 was tied up in the politics of the time. Patrice Dutil, a professor at Ryerson University and an aficionado of the John A. era, says that, for Mackenzie, “it was about his own party’s survival. The key here is that the Liberals were really thrown for a loop by Macdonald. One of their key leaders, Brown, had joined Macdonald on the idea of Confederation in 1864 and many followed him. Unlike him, they stayed with Macdonald after the Confederation pact was signed. The party was split as a result. Most Liberals—but not all—were opposed to Confederation,” Dutil told me last week. Mackenzie, Dutil says, “was looking for purity and would not allow for coalitions on principle.”

With his first speech to the Provincial Parliament of Canada in 1862, Mackenzie said he “firmly believed that much of the maladministration we had to complain of was the inevitable result of an attempt to systematize the coalition principle in our government, and that no sound, healthy government, or opposition either, could possibly exist where they were not held together by principles in common. Much as he differed from and disliked old-school Tories, he would a thousand times rather see a government composed of fossil-Tories in power than the present one, or any one, formed on the coalition principle.”

And this biography of Mackenzie explains his position thusly: “Coalition involved compromising Reform principles. It weakened and divided the party, Mackenzie urged. He opposed anti-partyism because he believed parties to be intrinsically necessary to the political system, and because some issues, particularly those of parliamentary supremacy and fiscal responsibility, remained outstanding.”

Beyond the politics of the moment, there are some useful principles here. For the sake of founding a country, there is surely something to be said for a coalition government. But we generally benefit not from unity, but from competition and opposition. That many of the political leaders of the day came together in a Great Coalition and thus brought this country into existence is a lovely story we get to tell ourselves. Somewhat similarly, there was the Union government during the First World War (which came together, coincidentally, after Liberal leader Wilfrid Laurier rejected a wartime coalition). But multiple parties are still preferable to a single party; it is one of the things that separates us from totalitarianism.

Of course, now that democracy has mostly taken hold in this country, and now that we have at least three major parties, we might worry less about the collapse of the party system and more about how best to imagine our Parliament working. And, on that count, in the event that no party wins at least 170 of the 338 seats to be contested this fall, there is much to be said for two parties coming to an agreement to form a government that can command the confidence of a majority of the people we elect. (As opposed, say, to a situation in which a minority government survives because of the unwillingness of the other parties to launch a new election.)

But, 150 years after Mackenzie, Trudeau has offered his own critique of the very notion of coalition government: that it prizes power over the best interests of the country and that Canadians aren’t interested in that kind of government.

As far as the rules by which we govern ourselves are concerned, a coalition is a wholly legitimate arrangement; so long as a government can win the confidence of the House, it gets to govern. But politics is in the eye of the beholder and, thus, political legitimacy is a different kind of question. One could, for instance, question the political legitimacy of the coalition of 2008. I would argue against any suggestion that it lacked democratic legitimacy, but it certainly struggled to win popular support.

We might posit various reasons for this: because the coalition was led by Stéphane Dion, because it involved the Bloc Québécois, because the Conservatives ran an effective (and unanswered) campaign against the coalition, or perhaps simply because the public was unfamiliar with, and unprepared for, the idea of a coalition that did not involve the party with the largest total of seats. I tend to think the coalition’s principals would have been better off going for it and hoping to win public support through governing. (This presumes that the governor general would have invited Michael Ignatieff to form a government if the Conservatives were defeated in the House in January 2009. That’s a fairly significant wager, because losing it would have put the coalition partners into an election.) But a lack of support probably doomed it. To imagine the inverse, Michael Ignatieff might have been happy to stick with the coalition if it had polled well.

Six years later, is Trudeau right that a coalition lacks, or would lack, public support? We probably need to see some new polling—with precisely phrased questions—on the possibility. Would a coalition serve Canadians’ interests? It might be interesting to see what Canadians say in the days after this fall’s vote. That much might guide Trudeau’s decision as to whether a coalition is in his interests. (You could spend all of the next six months speculating about what would be in Trudeau’s interests if the Liberals finish second or third this fall and neither the Conservatives nor the New Democrats wins a majority.)

Trudeau’s latest comments at least go past the concerns he has raised about the NDP’s positions on certain issues: Now he’s talking about the very notion of a coalition government. That’s more debatable ground, it seems to me—and it also leaves a pathway out, if public support shows a clear desire for a coalition.

Mind you, if we’re discussing co-operative governance, the conversation shouldn’t be limited to coalition or no coalition. The Liberals and NDP (or any two parties) could agree to an accord or a confidence-and-supply agreement. Perhaps that’s what Trudeau means by “any formal arrangement,” but, otherwise, there is a sizable hole in this debate.

Either way, if the country wakes on Oct. 20 with something like 120 Liberals and 80 New Democrats—or some other allotment by which the two could combine to possess a majority of seats in the House—all of this comes to bear. And then, Trudeau gets to decide whether he wants to follow Alexander Mackenzie or John A. Macdonald.