Election Image of the Day: The aura around Masai Ujiri remains intact, making him a magnet to a certain federal leader who's been attracting the wrong kind of crowd 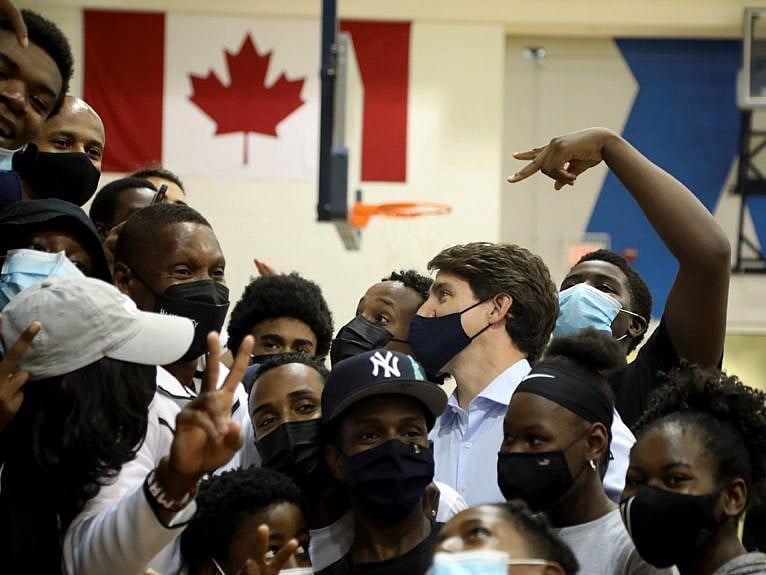 Prime Minister Justin Trudeau isn’t used to playing second fiddle in the media. But with his poll numbers in a nosedive, he’ll take what he can get. After watching the Conservatives chomp away his support in the Greater Toronto Area, the former Vanity Fair heartthrob decided to bask in the glow of a more bankable celebrity, Masai Ujiri, who recently inked a deal to become president and vice chairman of the Toronto Raptors—a hefty promotion for the architect of the team’s historic championship run in 2019. Ask any Raptors fan what their hopes were for free agency this summer, and they’d confirm they weren’t expecting any star players (alas, we all knew Kyle Lowry was leaving). Just Ujiri re-signing, please and thanks. His approval is universal; his fans, loyal; his influence, undeniable. Surely Trudeau wishes he could say the same.