Election Image of the Day: Visible minority supporters are deflecting a lot of the heat on the Liberal leader over his blackface escapades 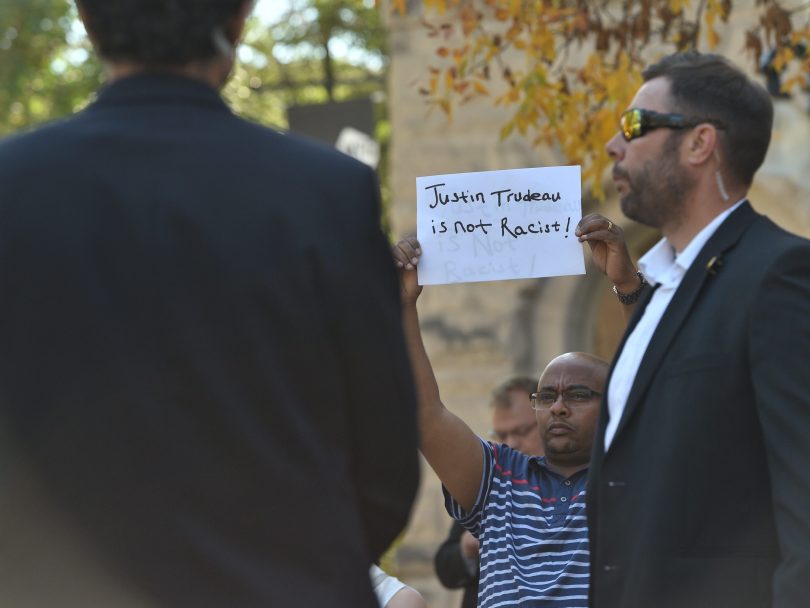 Not 48 hours after news first broke of Justin Trudeau’s blackface scandal, and after two subsequent images emerged to corroborate the man’s distressing love of dressing up like black and brown folks, every possible take has been written, every angle analyzed. He’s been attacked as a hypocrite, defended for his frank apology, forgiven by supporters and laughed at by, quite literally, the entire world. Yet according to early poll numbers, federal Liberal support hasn’t wavered much. If you want the evidence, look online, where #IStandWithTrudeau is trending (to the chagrin of many conservatives) amid a flurry of tweet storms arguing for and against the various mental gymnastics and strategic voting patterns that will lead many to still vote Liberal on Oct. 21. Most Liberal members of Parliament have released statements of support, arguing, essentially, that of course Trudeau was wrong, but he apologized and is a strong supporter of racialized Canadians. Even the Sikh man in one of the infamous photos said it wasn’t a big deal. But the most succinct summary of Trudeau’s defence came at a rally in Winnipeg, where a man of colour defiantly held a sign proclaiming “Justin Trudeau is not racist!” If the Liberals survive this scandal, they’ll owe a lot to people like that.