Keep soft-liquor store out of Iqaluit: a founding premier's plea

Paul Okalik says the move will produce misery that Iqaluit is not yet equipped to handle. And he would know. 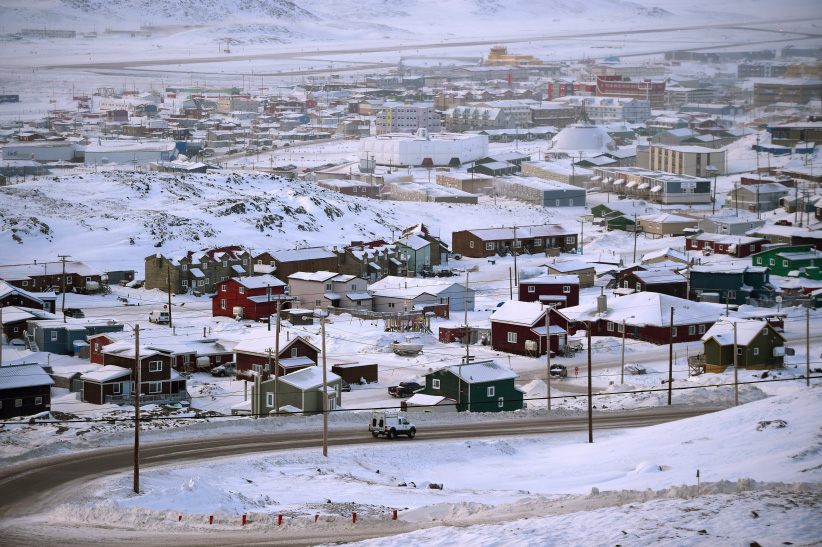 Debate is once again raging in Iqaluit over proposals to open a beer-and-wine store. There has been no retail alcohol store in the Nunavut capital since the 1970s, when it was known as Frobisher Bay. The situation held after the territory was inaugurated in 1999, reflecting general concern in northern communities about alcoholism and resulting social problems.

By 2012, however, rampant bootlegging and binge-drinking led territorial leaders to reconsider the model, citing “harm-reduction” theory as reason to loosen restrictions. Three years later, Iqaluit residents voted in a plebiscite to allow a soft-liquor outlet. Last week the Finance Minister Keith Peterson confirmed the government’s intention to see the store open this year.

The leading opponent of the idea is Paul Okalik, Nunavut’s first premier and current MLA for Iqaluit-Sinaa. Though he’s believed in prohibition, Okalik, 52, resigned last year from the territorial cabinet over the Iqaluit proposal. In the past few weeks has been the target of online attacks from residents who’d like easier access to their drink of choice. Maclean’s asked him to explain his position.

I have some knowledge of the brutal effects this “immiluuq” (very bad water) has had on our fellow Inuit. I have lived with it and fortunately survived the impact the addiction had on me personally.

The first exposure I had with immiluuq was in my hometown of Pangnirtung, N.W.T. when I was a very young person. The community still permitted the importation of the immiluuq. All the grown-ups appeared to have a great time, and my mom once caught me envying our neighbours as they had a party. She did not approve of my obvious interest. During this period, the partying got out of hand in Pangnirtung and some close calls happened. So the community decided to go dry.

Thus, by the time I was old enough to drink (I was 15 when I had my first real drink), it was illegal to do so. The only way to consume the immiluuq was as quickly and discreetly as possible, to avoid being busted. Accordingly, the only way I learned to drink was to binge and finish the immiluuq as fast as possible. To this day, my home town is still suppose to be “dry,” but it never really is. I have had very active discussions with family members about the merits of this prohibition, prior to each plebiscite to determine the fate of its status. I would rather have a controlled importation of the immiluuq for my home town instead of the current untenable practice of pretending to have a “dry” community.

RELATED: The end of the dry reserve?

I became addicted to immiluuq at a young age and would use the drink to bury my childhood traumas, and to live as normally as I could. Binging was the only way I knew how to do that.

I was blessed with a supporting family when I decided to turn the corner and be a responsible parent for my child. It was June 11, 1991, and I still remember telling my late grandmother Qattuq about my decision. I remember the pride she had, how she said my late mother should have been there to hear the news. I sought help and attended a program in Dettah, N.W.T. and continued to get support when I moved south that fall to attend university. Those programs and supports allowed me to have the strength to combat my addiction. I am very grateful to this day.

Unfortunately, today in Nunavut, we still do not have the necessary support and treatment available for those who may want to defeat their addictions. If one seeks help, they have to travel elsewhere and once they return to their homes, they are exposed to the same environment without the support they may require to change their ways. I dream of a day when a person will have the support in their home community and the option to get treatment in our homeland with culturally appropriate programming.

We are not there yet, and to place more immiluuq for consumption without this is not productive in my opinion. We have many challenges as a territory and immiluuq has been the source of many of them. So let us focus on becoming healthy people first before we add more grief to our society with more of the same. Sugar-coating the outlet as a beer and wine store is not promoting responsible drinking. I have passed out with either of those beverages while I was binging.

We as Inuit were a healthy society without immiluuq, and can live healthy and productive lives without it. We need to offer better ways of supporting those in need, instead of feeding their addictions. Taima. Qujjanamiiiq (Thank you).

My name is Paul and I am an alcoholic.