Politics Insider for Sept. 16, 2021: A vaccine passport for Alberta; Liberal dreams of a majority; and Chrétien returns 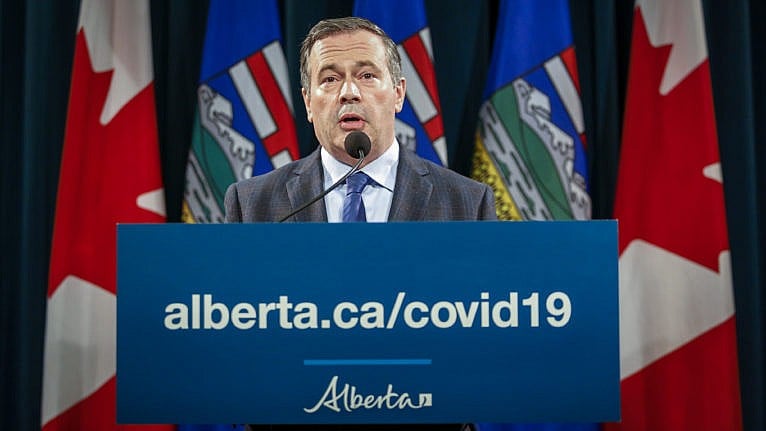 Jason Kenney declared a public health emergency Wednesday night, CTV reports, and said his province would introduce a vaccine passport, which he had previously opposed.

Kenney, who has insisted repeatedly on keeping the province open in the face of warnings from health workers and experts, said the province had to act now.

“Unless we slow transmission, particularly among unvaccinated Albertans, we simply will not be able to provide adequate care to the sick based on current trends,” he said. Of the number of patients in Alberta’s intensive care units, Kenney said 90 per cent are unvaccinated. “I do not say this to stigmatize people, but we all need to understand that the decision not to get vaccinated is not just a personal choice, it has real consequences for our whole society and for our ability of our hospitals to cope.”

How we got here: In Maclean’s, Jason Markusoff has the definitive account of Alberta’s path to a devastating fourth wave, and reminds us that Kenney waved off health warnings and promised “the best summer ever.”

Worse than ringing hollow to a provincial hospital network teetering on the brink of disaster, Kenney’s slogans will live on as reminders of his folly, and his astonishingly hubristic miscalculation. He’s like former U.S. president George W. Bush, posing in 2003 on that aircraft carrier with a “Mission Accomplished” banner behind him, three weeks after troops seized Baghdad from Saddam Hussein. The American casualty toll in the Iraq war grew more than fortyfold after that flourish of bravado.

We can hope this pandemic won’t worsen quite on that scale, but Alberta hospitals have nearly eight times more intensive-care patients with COVID than a couple months ago, more than 10 times the number hospitalized and more than 32 times the number of active COVID cases. At least in Bush’s case, the decision to stand before a “Mission Accomplished” banner wasn’t a direct contributing factor to the human suffering that followed.

Relative cluelessness: In Maclean’s, Emilie Nicolas, a columnist with the Le Devoir and the Montreal Gazette, has a thoughtful essay on the difficult history of Quebec’s struggle for secularism, opining that would-be allies from outside the province do not always help when they blunder into the province’s affairs, displaying “relative cluelessness,” which appears to be what happened during the English-language debate.

During last week’s English-language debate, the moderator could have asked: “Mr. Blanchet, what do you say to Quebec Superior Court Marc-André Blanchard who has described Bill 21 as discriminatory? And if you believe it not to be discriminatory, why do you support the preemptive use of the notwithstanding clause?” If the question had been phrased as such, the English Debate Commission would not have become the main story in the Quebec campaign, overshadowing actual candidates.

Apology sought: Speaking of the debate, all three major party leaders are calling for an apology from the consortium of broadcasters involved in the debate, the Globe reports.

A majority? Dominic LeBlanc told the Star Wednesday that the Liberals are hoping to win a majority next week. “I’m very confident in our chances of forming a majority government.”

LeBlanc made arguments that Trudeau has not made, saying a Liberal majority would be a better outcome — because “Canadians will be well served by a rigorous focus on the things that matter to them: the fight against climate change, affordability issues. I’m hearing in my constituency all the time about affordability challenges around child care, and what’s interesting is it’s grandparents talking to me about the challenge for their sons or their daughters and their grandchildren in terms of affordable, accessible child care.”

Not what the polls show: Also in the Star, Chantal Hebert observes that a majority doesn’t seem to be in the cards.

Short of an unforeseen development, it is hard to see how either Erin O’Toole or Trudeau could generate enough momentum in the dying days of the campaign to decisively break the tie. The result could come down to which party does best at getting its vote out.

A Conservative carbon tax? Erin O’Toole is keeping the door open to the possibility of provinces and territories keeping the Liberal carbon tax, Global reports. O’Toole said Wednesday that he’ll work with provinces on “their approaches.” In an interview with the Star, O’Toole said the Conservative carbon pricing scheme would be an “alternative” to the current price on carbon.

Which Paris target? CBC’s Emily Chung has a useful explainer looking at O’Toole’s assertion that he will meet Canada’s emission targets under the Paris Agreement, by which he means targets set by the Harper government, and the potential ramifications of backing off the more ambitious targets set by the Trudeau government.

Defends rally: Trudeau said Wednesday that an indoor rally in Brampton, Ont., Tuesday followed public health guidelines, CTV reports. Hundreds of people mobbed the stage at the event, which featured Jean Chrétien and 100-year-old Hazel McCallion. Critics say the event was not COVID-safe, but Trudeau brushed off the criticisms: “First of all, nobody tells Hazel McCallion or Jean Chrétien what to do or what not to do. I was so glad they chose to come join us in that event, which followed all public health guidelines.”

Muldoon redux: A day after Jean Chrétien came out to give a boost to Trudeau, Brian Mulroney popped down to the Eastern townships for an O’Toole rally, La Presse reports (translation).

After Jean Chrétien, it was Brian Mulroney’s turn to make his first appearance in this campaign on Wednesday. In front of conservative activists, he said he was sure that the next government will be formed by Erin O’Toole. If he is elected, the latter has also promised to send the businessman Vincent Duhamel, candidate in Brome-Missisquoi, “to the decision-making table.”

Duhamel is often touted as a potential Conservative finance minister.