Kenney, Trudeau and the handshake shakedown

At political photo-ops, 'don't leave me hanging' can be a matter of milliseconds—and big-time one-upmanship 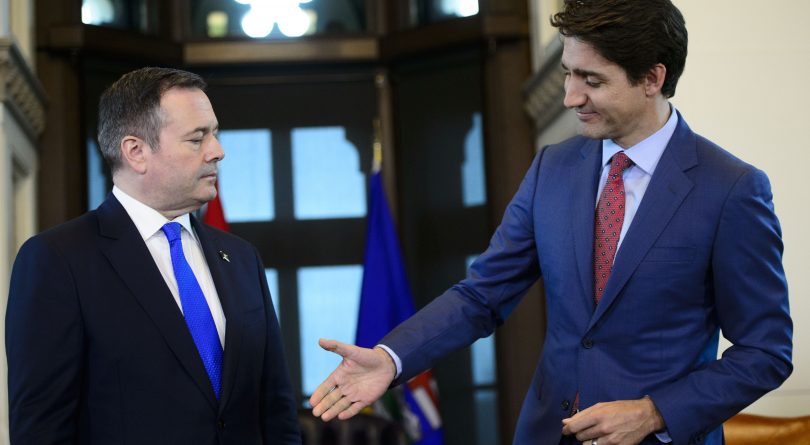 “Photography takes an instant out of time, altering life by holding it still,” American photojournalist Dorothea Lange once said. Or, for a more acerbic quotation, there’s portrait photographer Richard Avedon: “All photos are accurate; none of them is the truth.”

Jason Kenney, a politician who crafts a string of deliberate moments to convey his preferred truth, would no doubt have cherished the images of a momentary leave-ya-hanging hesitation as Prime Minister Justin Trudeau extended his open palm to shake the new Alberta premier’s hand. After all, Kenney had spent a whole election campaign running ads and memes showing Rachel Notley happily embracing Trudeau—he pointed menacingly at a “Notley-Trudeau alliance.”

Hold on a second (rummages through photo archive). What do we have here, from last September in Edmonton, after the latest legal delay to the Trans Mountain pipeline? 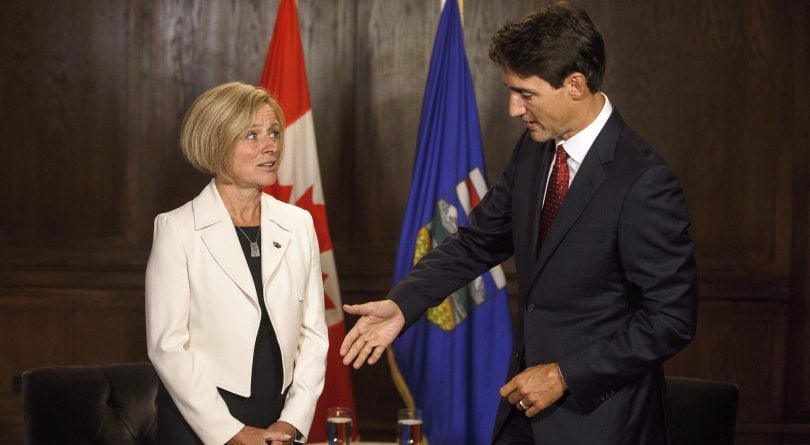 One may chalk this up to intentional hesitation, or the quicker reflexes of Trudeau, an occasional boxer. That photo tells a momentary narrative; the handshake a few moments later reflects a less conflicted relationship between the two.

And of course, Kenney did, because he’s not a cartoonish monster, courteously join hands with the PM, his stoic non-smile contrasting with Trudeau’s more optimistic expression. 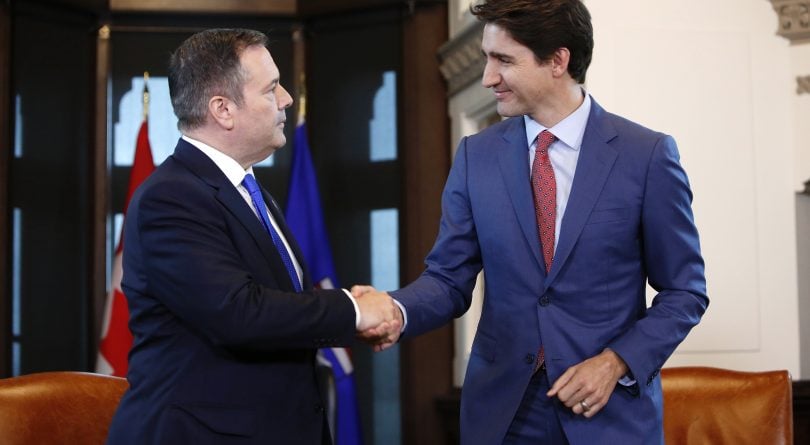 The Prime Minister, of course, knows well the way handshake images can play out in public and press. At the White House, cameras captured him pausing briefly while Donald Trump’s digits reached out for the Canadian’s. According to Politico’s Alex Panetta, Trudeau spent part of the February 2017 flight to Washington practising the handshake with senior aides, particularly to avoid the awkwardly jerky treatment Trump gave Japan’s Shinzo Abe had received a few days earlier. 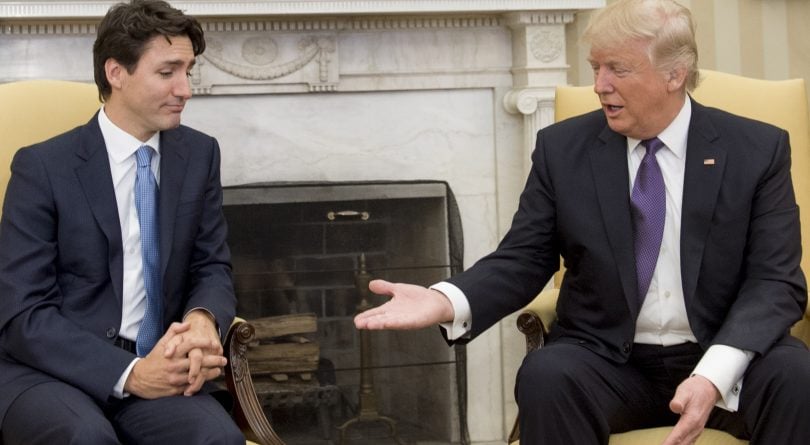 Three months later, it was Turkish President Reccip Edrogan’s turn to make Trump’s paw wait. In fact, he did it twice—leaving the U.S. president hanging again during a U.N. meeting in September 2017.

Etiquette guides suggest that the person of higher authority shall initiate the handshake to the person of lower status. Perhaps Trump, a man often mentally trapped in the way things used to be, still occupies this old-school business mentality. But he, of all people, should be aware of the bruising power of dispensing with norms.

But, as the quotable lens wielders say, photographs snatch a moment out of time to tell a story; the following moment can say something profoundly different. Think of a pair of boxers punching each other, or a baseball batter’s poised swing and resulting whiff. To fuse sports, politics and photography, there’s of course the 1974 depiction of Tory leader Robert Stanfield dropping a football on the federal election trail.

During a plane refuelling stopover in North Bay, Ont., the candidate and an aide passed time by playing catch. Canadian Press shooter Doug Ball took out his Nikon for all the catches (and a fumble or two). The next morning, the Globe and Mail ran one snapshot with the caption “a political fumble?” A metaphor was born, an election was lost, and a selective moment was ingrained in the national memory.