If he hopes to win the Tory crown, Kevin O'Leary will have to fully embrace the power of his personal brand of O'Logic™ 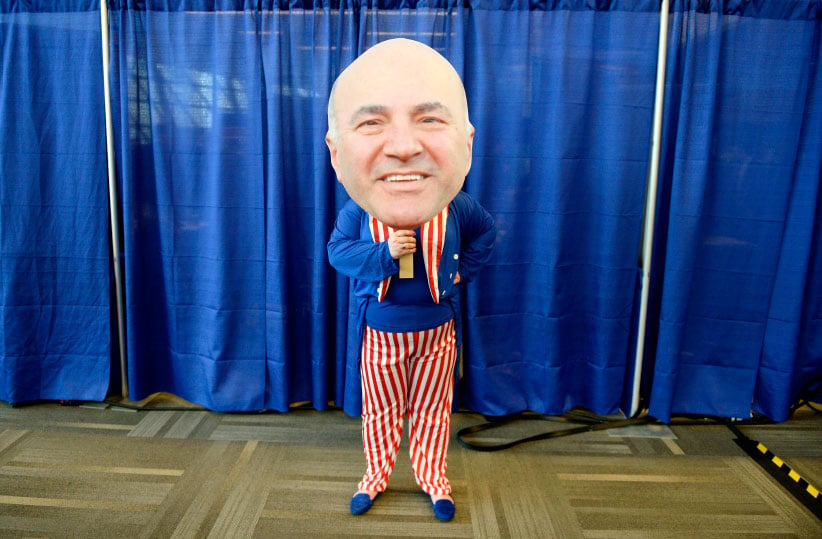 But although it pains me, I have a confession to make: The man inspires me.

Before O’Leary came along, I thought I had limitations. I believed that my lack of qualifications for certain jobs and roles rendered me “unqualified.” But O’Leary has opened my eyes: Being the wrong person for the job is my God-given right.

He is not a politician. He can’t even play one on TV. But he doesn’t let that stop him. O’Leary’s campaign is a self-help book for those of us who’ve spent our lives thinking, “I should probably learn a little something about that before I attempt to do it in front of an entire nation.”

READ MORE: Why I won’t vote for Kevin O’Leary and neither should you

Kevin O’Leary can’t speak French. He spends most of his time in the United States. He doesn’t know the difference between the deficit and the debt. He doesn’t understand how federalism works. He doesn’t grasp that a lower dollar can be good for the Canadian economy. He doesn’t get what the notwithstanding clause does. There is a 90 per cent chance he couldn’t name all the premiers. (Or, for that matter, the provinces.) He probably thinks the BNA Act is a sexual position.

A lesser person might think to himself, “Hey, with my utter lack of knowledge, I’m probably not qualified to be the leader of a federal party, or a member of Parliament, or a guest on a TV political panel, or someone who talks about current events to strangers on the bus.”

But not O’Leary. And his way of thinking has changed my way of living.

For instance, I don’t know the first thing about engineering. Like a sucker, I’ve let this stop me from pursuing a career as an engineer. Turns out I could have been building cool rocket ships this whole time! It pains me to think of all the astronauts I could have sent to their fiery deaths in preventable explosions.

MORE: Is Kevin O’Leary really serious about his promises?

A while back, O’Leary wrote an open letter to the Premier of Alberta—a letter that included this sick burn: “Since you took over Alberta recently, the price of oil has collapsed.”

Does that make any sense? Is there any connection between these two events? Of course not. But I’ve been using O’Leary logic—henceforth known as O’Logic™—ever since and I now feel much better about myself. Just last week, I sent a stinging open letter to actor Chris Evans: “Since you starred in the movie Captain America: Civil War, I’ve gained seven pounds and lost my wallet.”

The man is not very good at politics. Or, apparently, at Mad Libs.

In the Conservative leadership race, O’Leary is up against a real murderers’ row of political heavyweights. The homophobe. The xenophobe. The other xenophobe with better hair. That one dude who makes sense but has no shot of winning.

Kevin O’Leary is up to the task.