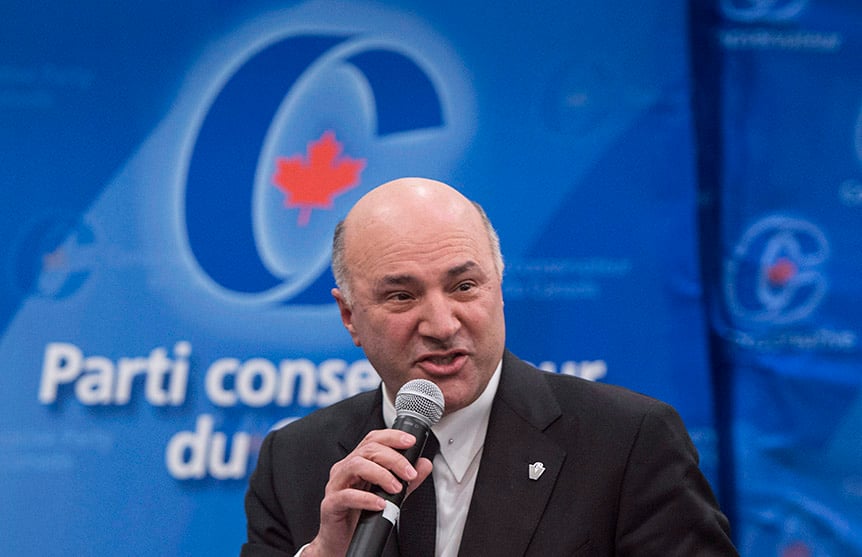 O’Leary said despite his front-runner status nationally, he doesn’t have the kind of support in Quebec he thinks he needs, not just for the leadership but for the next general election.

“This is obviously very disappointing for me. As someone who was born in Montreal, I had hoped I would do much better there,” O’Leary said in a statement Wednesday, only hours after informing his campaign team of his decision.

O’Leary said he is supporting Bernier because the longtime Quebec MP’s policies mirror his own.

“He is perhaps the first Conservative in a long time that has a chance of winning over 40 seats there, which would materially improve our chances for a majority mandate,” O’Leary said.

MORE: Is Kevin O’Leary really serious about his promises?

“So here is what I’m going to do; I’m withdrawing my candidacy from the leadership race and throwing my full support behind Max.”

Bernier, for his part, has scheduled a news conference in Toronto for later Wednesday, where the candidates are scheduled to face each other in a final debate showdown before next month’s vote.

A lack of facility with French was always considered one of O’Leary’s greatest liabilities.

As for assets, O’Leary had plenty: instant recognition, thanks to years of television exposure; a public image as a savvy financial manager; and a brash, no-nonsense, outsider approach that echoed the unlikely ascent of U.S. President Donald Trump.

He had promised to talk up the Canadian economy and trade in a way he complained the current Liberal government under Prime Minister Justin Trudeau had failed to do.

“If Trudeau isn’t beaten in the next election, he will leave the next generation of Canadians, those thousands of millennials I’ve been talking about, with a mountain of debt and high taxes. This cannot be allowed to happen,” O’Leary said Wednesday.

“The Conservative party needs someone who has the best chance of beating Trudeau. Someone who will command the support of Canadians from every region of the country and who can build a consensus among all members of the party.”

Prior to Wednesday, O’Leary had offered no hint that he was considering dropping out. Three hours before announcing the decision, he sent out a fundraising letter to his supporters.

The party has already started mailing ballots to party members, and O’Leary’s name is included. His campaign claims to have signed up just over 35,000 people, and there’s no guarantee any or all will agree to back Bernier.

The winner will be announced May 27.