'A lot of work ahead of us,' says president of Kinder Morgan Canada 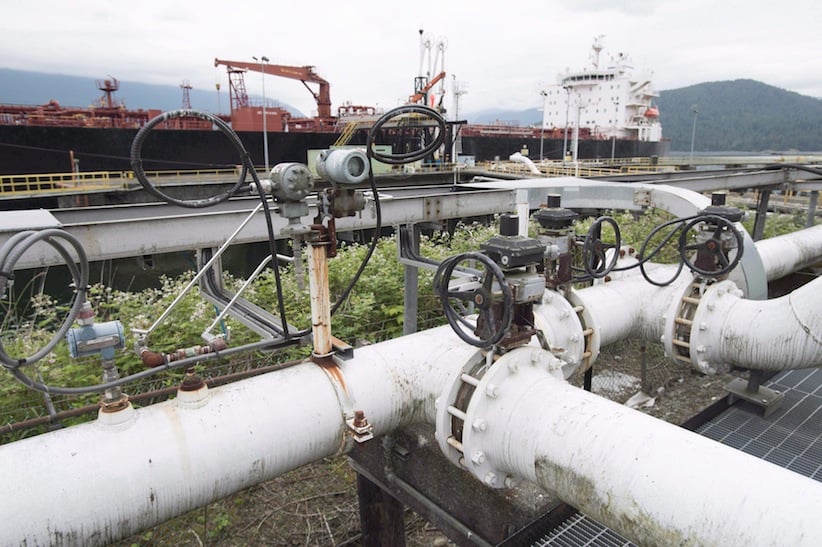 CALGARY – The president of Kinder Morgan Canada issued a plea to opponents of its Trans Mountain pipeline expansion on Wednesday to be “lawful and respectful” as they protest the project which secured federal approval the day before.

But Ian Anderson also conceded that protesters marching or filing legal challenges aren’t the only hurdles facing the $6.8-billion project.

“We’ve got a lot of work ahead of us and we’re looking forward to getting from ‘yes’ to starting to build,” he said on a media conference call.

“I don’t think I’d be sitting here today if I didn’t think we could continue on the path to building and executing on this project.”

Kinder Morgan said Wednesday it will obtain remaining government permits, including a provincial environmental assessment, put together a final cost estimate and consult with shippers committed to the project over the next few months before making a final investment decision.

Opponents have been quick to point out that Trans Mountain’s federal approval means it has reached the same step at which Enbridge’s Northern Gateway pipeline project stalled two years ago.

That project was approved by the National Energy Board and the Harper government, but a court reversed the approval earlier this year, ruling that Ottawa had failed to adequately consult aboriginal people. The proposed pipeline from Alberta to the B.C. North Coast was permanently halted by the Trudeau government on Tuesday.

Dinara Millington, vice-president of research at the Calgary-based Canadian Energy Research Institute, said the prospect of a similar court ruling against Trans Mountain likely presents the largest risk that the project won’t be allowed to proceed.

She pointed out that a duty to consult with First Nations is among the 157 conditions imposed by the NEB in its recommendation for approval of Trans Mountain last May and would likely be used against it in a court challenge.

Another vulnerability comes from the construction permits Trans Mountain must obtain from various Lower Mainland municipalities, she said, suggesting opponents will use those opportunities to delay the project.

“This is where the most stiff opposition is happening,” Millington said. “I think that’s where they will face a lot of opposition.”

She said the business case for the Trans Mountain expansion is strong because the current pipeline, with 300,000 barrels per day of capacity, often can’t accommodate all of the demand for transport.

On the call, Anderson said the company will consider forming a joint venture to share the costs and profits of the project, adding that it has a “long list” of potential partners who are interested.

The company said it hopes to begin construction next fall and put the pipeline in service by 2019.

The expansion would triple capacity to about 890,000 barrels per day of oil on the 1,150-kilometre pipeline route between the Edmonton area in Alberta and Kinder Morgan’s marine terminal in Burnaby, B.C.

It would also increase the potential number of tankers leaving Vancouver-area waters from five to 34 per month.

B.C. Premier Christy Clark said Wednesday that five conditions necessary for provincial support of energy pipelines are “very close” to being met by the federal government, news that Anderson said he found encouraging.

Kinder Morgan hasn’t released a list of its committed shippers but the companies who have talked about their support of the project include all of the big Alberta oilsands producers.