Leitch's values debate is all part of the plan 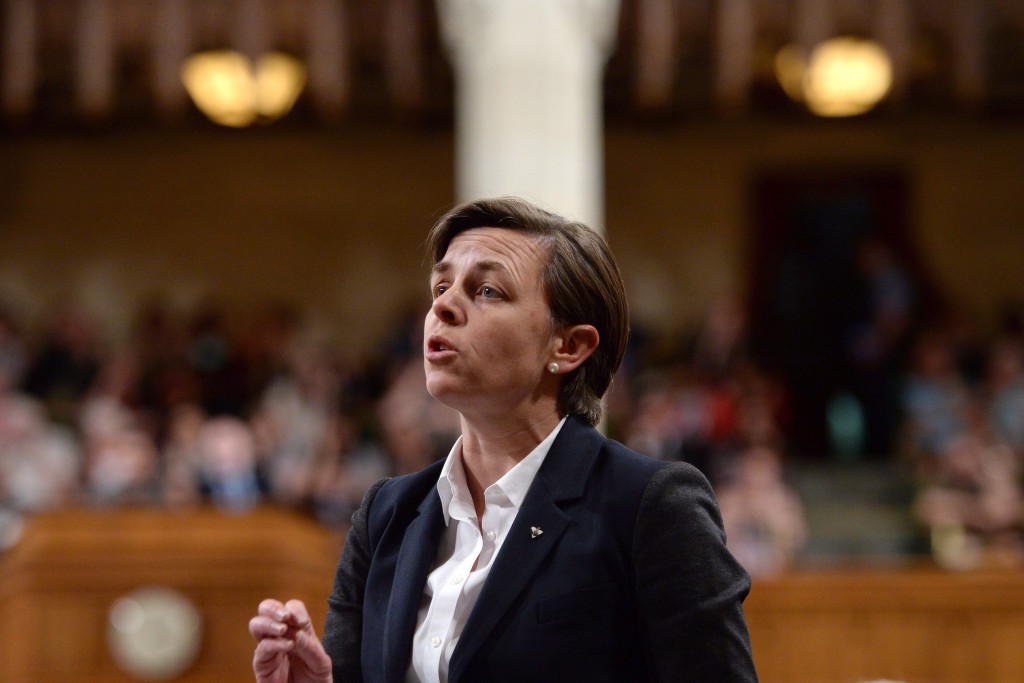 OTTAWA – The Conservative leadership campaign of Kellie Leitch is trying to goad her rivals and caucus colleagues into reacting to her proposal that newcomers be vetted for their views on gender equality, religious tolerance, belief in hard work and other values she says make up a “unified Canadian identity.”

The Conservative MP from Ontario sparked some life into a sleepy summer leadership race last week when she emailed a survey – ending with solicitations for both votes and donations – to supporters that included a question about whether the federal government should screen potential immigrants and refugees for “anti-Canadian values.”

“This is about protecting Canadian values and people that believe that women are property, that they can be beaten and bought or sold, or believe that gays or lesbians should be stoned because of who they love, don’t share in my opinion, basic Canadian values,” Leitch said in an interview with The Canadian Press.

Some other leadership hopefuls – as well as interim leader Rona Ambrose – have been come out against the idea to various degrees over the past week, and discussions are likely to continue behind closed doors at the Conservative caucus retreat next week in Halifax, where the nascent race to replace former prime minister Stephen Harper is expected to start picking up steam.

“They are throwing a wedge down and trying to get everybody else on the other side of the issue,” Lietaer said Wednesday.

The attempts to goad others were made obvious late Tuesday night and early Wednesday morning, when Leitch campaign manager Nick Kouvalis issued a series of tweets pushing her rivals to make their views known, or criticizing the positions of those who have already done so.

Ontario MP Michael Chong was the first to weigh in last week, accusing Leitch of engaging in “dog-whistle politics:” the use of code words that go unheard or unremarked by most people but which convey a particular – usually nasty, racially tinged – message to a target audience.

Quebec MP Maxime Bernier said he agrees there are Canadian values, but ensuring immigrants have economic opportunities that will help them integrate into society is a better way to promote them.

And Alberta MP Deepak Obhrai is also against the proposal, saying he reacted strongly to it as an immigrant.

“It would feel very insulting to many immigrants,” he said Wednesday.

Others, such as Tony Clement, have demurred, his spokesman saying he would rather concentrate on his own campaign.

“Tempting . . . but I will politely decline,” former Conservative cabinet minister Peter MacKay, who has not yet announced his decision, wrote in an email.

In an interview Tuesday, Leitch also said her idea to screen newcomers would apply to visitors too. But Kouvalis clarified Wednesday she was referring to high-profile individuals such as Daryush Valizadeh, a controversial American blogger known as ‘Roosh V’, who has said rape should be legal if done on private property – a position he has said was intended as satire.

Conservative immigration critic Michelle Rempel had urged the Liberal government to bar the blogger from visiting Canada earlier this year, something Kouvalis has also pointed out on social media in defending Leitch’s proposal.

Rempel said Wednesday the previous Conservative government brought in ministerial discretion to deny someone entry if they are promoting hatred or violence, even if they do not have a criminal record.

“There is already an existing mechanism to ensure that people come to Canada to do those things don’t do them,” Rempel said.

Kouvalis returned as Leitch’s full-time campaign manager last month after resigning in April following a car crash near Windsor, Ont., which led to charges related to impaired driving and prompted Kouvalis to seek treatment for alcoholism.

He pleaded guilty to having a blood alcohol level over the legal limit in May, paid a fine and the impaired driving charge was withdrawn.