‘I don’t hide who I am’: Leslyn Lewis's pitch to conservative voters

She's the first-ever woman of colour vying to lead the Tories and her platform emphasizes fairness within the Conservative Party, a pushback against political correctness and a repeal of Liberal policies 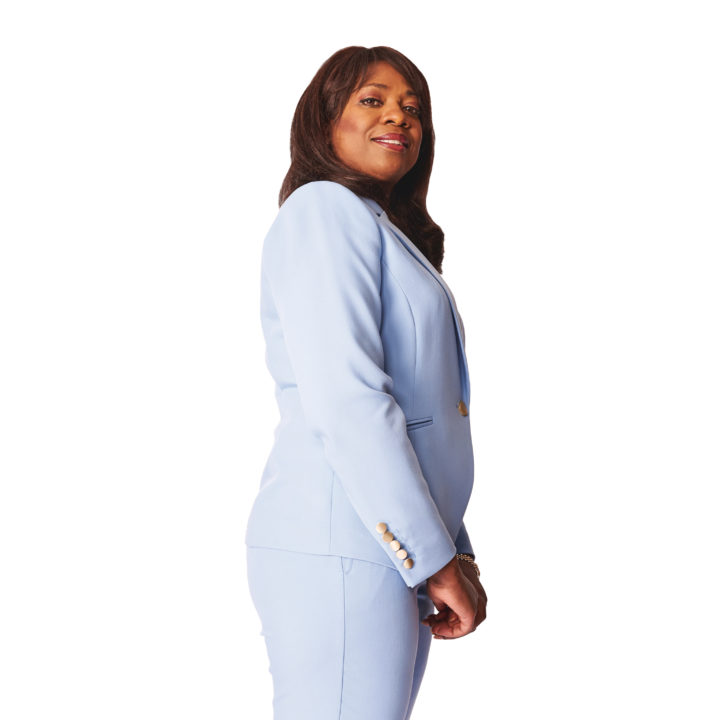 For people to be surprised or upset that she doesn’t fit into their desired boxes is “par for the course,” says Leslyn Lewis.

She is the first-ever woman of colour vying to lead the Conservative Party of Canada. But some have argued that, because of her policy positions, the Toronto lawyer poorly represents her own Black Canadian constituency. Others have told her that because she is Black, she should not hold conservative beliefs at all. She is unabashedly socially conservative and expounds on the merits of traditional family values. But many in the party’s anti-abortion contingent would like her to go much further than the slate of policies she proposes, which are designed for broader appeal.

Lewis is hoping that her plain-dealing approach will do more than defy her own party’s expectations. “To unite the country, we have to be able to sit across the table from people who don’t think like us and have strong conversations about where our country needs to go for everybody to benefit,” Lewis says. A poll commissioned by her campaign showed that Canadians, writ large, overwhelmingly preferred a Conservative Party leader who fit her description—“Female. Lawyer and entrepreneur. Ph.D. in law and a master’s in environmental studies. Visible minority”—over those of her opponents.

There is plenty to suggest that her candidacy has resonated with party members, too. Her campaign has raised more than $1.2 million as of the end of the second quarter. Her social media engagement (a measure of how much attention her posts get) has gone “sky high,” according to campaign manager Steve Outhouse. Despite being a relative “outsider,” she has secured endorsements from seven MPs. A cross-section of Conservative sources, including people working on other campaigns, say they are seeing a surge in her popularity. “She’s so articulate, and very intelligent and calm. And she has an understated, powerful way of communicating with people that makes her very relatable,” says Melanie Paradis, who is heading up communications for Erin O’Toole. “There are a lot of things about her that members of our party really like, and I think she’s going to play a role in the party for many years to come.”

Lewis was born in Jamaica. Her parents immigrated to Canada with their six children when she was five. After earning degrees from the University of Toronto, York University and Osgoode Hall Law School, Lewis practised law for 20 years, starting her own firm after a tour of Bay Street and specializing in corporate, real estate, immigration and energy law. She hosted a TV show called Law Matters.

She says politics was not a lifelong goal, but, a little over 10 years ago, friends and colleagues started encouraging her to think about it. After volunteering for her home riding association in Markham-Thornhill, she unsuccessfully ran for the Conservatives in 2015, a last-minute replacement for the Scarborough-Rouge Park candidate who was sacked after getting caught peeing in a mug. “It was something I just had to be very stoic about,” Lewis says. She lost, but the vote count was still one of the Conservatives’ best in the Greater Toronto Area.

Lewis’s leadership platform emphasizes fairness within the Conservative Party, its nominations and conventions; a pushback against political correctness; and a repeal of Liberal policies including the carbon tax, the firearms ban and Bills C-69 (which overhauled the federal environmental assessment process) and C-48 (which banned tanker traffic along a stretch of B.C. coastline). She is, to put it charitably, a beginner in French.

Lewis believes her credentials in environmental studies would help convince Canadians that a Conservative government can be trusted on climate change. She promises a balance between economic growth and sustainable development. She would incentivize green tech and introduce tax credits for green home and business renovations. She says she rejects the carbon tax because it “doesn’t change individual behaviour.”

It is no secret that the Conservative Party struggles with how to stay a mainstream electoral option while satisfying its “big tent” of supporters, some of whom, in their wildest dreams, would like to see abortion fully banned in Canada and the debate on gay marriage reopened. Any leader of the party will have to grapple with that dynamic and sustain attacks from across the aisle. Because she identifies as a social conservative, Lewis would face even more of an uphill battle. A Leger poll of 1,554 Canadians in January found 60 per cent of respondents felt a Conservative leader should be pro-choice and 53 per cent felt the leader should be in favour of same-sex marriage. Among Conservatives, 47 per cent wanted a pro-choice leader and 36 per cent wanted a leader who supports same-sex marriage.

The best way to avoid being attacked for having a “hidden agenda” is to not hide your agenda, Lewis says. “I don’t think you need a ploy to get into the broader debate” over social conservative issues, she tells Maclean’s. “The broader debate has already been there. It’s always been a part of our society. I’m not an activist. I’m looking to effect policy, and that means I’m looking to effect policy that the majority of Canadians can agree with. I don’t hide who I am as a person who believes in the sanctity of life, and I don’t hide my views on abortion, but as a policy-maker, my goal is to find things that unite us and that we can agree on.”

In messages to supporters, Lewis has spoken openly about how her own unplanned pregnancy during law school informed her opinions. The policies she proposes include banning sex-selective abortion, measures to protect women from coerced abortions, an increase in support for pregnancy care centres and redirecting foreign aid away from groups that offer abortions.

Lewis also promises to repeal the Liberals’ Bill C-16—legislation that added “gender expression” and “gender identity” as grounds for discrimination protection in the Criminal Code and the Canadian Human Rights Act—because she believes it could threaten people for using “incorrect speech,” a controversial reading of the bill popularized by University of Toronto professor Jordan Peterson.

And she expresses concerns about legislation on the table to ban conversion therapy. Attempting to force someone to change their sexual orientation is “an atrocious thing,” she says. “I actually believe that children who are struggling with their sexuality should be left alone and given support to find out who they are.” But she says the bill, as drafted, doesn’t contain a clear definition and risks penalizing talk therapy or conversations with religious leaders.

Underpinning her forthrightness on all of the above is a concern about “cancel culture” and a narrowing of the range of issues considered acceptable, especially by the progressive left, to debate publicly.

Lewis wants to give party members, and Canadians, some credit. They can disagree with her on issues, but they know the difference between personal belief and responsible policy-making. She hopes people will identify with her intent: “I believe in being inclusive. I believe in being loving. I believe in nurturing individuals to be the best that they can be, whoever they are in society.”

That desire for nuance extends to Lewis’s positions on systemic racism. In the wake of widespread protests this year, she is worried about the message kids are getting: “I’m concerned that young people will hear that there’s systemic racism and adopt a defeatist mentality.” But she has also experienced racism herself and recognizes that it is at play when some populations are less likely to graduate high school than others, or be overrepresented in the correctional system. She agrees systems can be improved. What Lewis doesn’t abide is being told that because she is Black, she should necessarily agree with all the tenets of Black Lives Matter (she doesn’t), work to defund the police (she won’t), rake Prime Minister Justin Trudeau over the coals for his history of blackface (she forgives him) or support the dismantling of monuments to figures deemed problematic for their views on race (she thinks that’s an erasure of history).

Lewis publicly accused the Association of Black Conservatives (ABC) of conducting a whisper campaign against her and claiming she was a poor representation of Black women. The organization’s national chair, entrepreneur Akolisa Ufodike, says there is “no merit” to the allegation. He thinks it was a response to the ABC’s endorsement of Erin O’Toole (which O’Toole ultimately rejected, citing, on Twitter, “disunity both within our party and within the greater Black community”). “That’s the way she’s chosen to internalize that endorsement,” Ufodike says. “It’s simply untrue.”

Aside from the alleged whisper campaign, Lewis says some people inside the party openly suggested she would have trouble winning support in certain parts of the country because of her identity. Others outside the party have told her that, as a Black person, she doesn’t belong in its ranks. It’s another example of the progressive orthodoxy she is worried about. “They want to put me in a corner and define what my Blackness is, which is basically silencing me. I think that as a person of colour and a conservative, I have a right to define who I am. And I don’t feel that I need to fit into any box.”

This article appears in print in the August 2020 issue of Maclean’s magazine with the headline, “ ‘I don’t hide who I am.’ ” Subscribe to the monthly print magazine here.