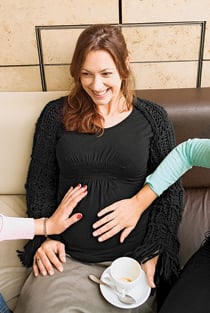 So Don Cherry makes $800,000 a year and Justin Bieber a whopping $55 million (Who earns what, Sept. 2). Where I attend church, I regularly meet an elderly schoolteacher who contributes more to society in one hour of work than either of the loudmouths or narcissists cited above will in an entire lifetime. Further on, I am informed that the annual income of the average Canadian garbage collector comes in at $55,407 a year. Yet, on a retirement income well below that level, I manage to live well, drink fine single malt scotch and take vacations to exotic and remote place such as Kilimanjaro or the Northwest Passage.

There is something wrong with our society when a man like Don Cherry can earn as much as a heart surgeon.

As it would appear the Heart & Stroke Foundation as well as the Canadian Red Cross can afford to pay their CEOs those exorbitant salaries, they obviously don’t need my donations anymore. Foolishly I was under the impression I was helping those in need of the services of these two organizations, but they have enough money it seems, so I’ll no longer donate.

Nancy MacDonald’s article “What to really expect” (Help, Sept. 2) was very upsetting. The suggestion that one drink a day for a pregnant woman is okay did not mention that people metabolize alcohol differently. One drink for one person can be the same as three drinks for another. If the mother knows her drinking could cause permanent brain damage to her baby, is not having a drink for nine months such a sacrifice? Raising and supporting a child with fetal alcohol syndrome for the rest of your life is a sacrifice and a heartbreak. Why take a chance?

Although “What to really expect” paints an optimistic picture of female fertility, just because a woman aged 35-39 can get pregnant does not mean it’s the healthiest option. Risk of having a child with Down’s syndrome increases exponentially with maternal age. A woman also has a lot more energy when her first child is born in her early 20s, rather than in her late 30s. Today, the norm is to put child rearing on hold, even though women’s bodies are physically designed to have children at a much younger age. I understand that some women do not have a choice to have children in their 20s and they must seize the opportunity to have a child when they can; however, a 40-year-old intentionally choosing to get pregnant for the first time not only puts her unborn child at risk, but her physical and emotional health as well. This article only paints a picture of false hope.

Colby Cosh wildly misrepresents REAL Women of Canada’s position on Uganda and Russia (“Keeping things unreal for far too long,” Opinion, Sept. 2). After reading his article, one would never know that our public statements oppose taxpayer dollars going to activists whose purpose is changing a Ugandan culture based on the family. Uganda also rejects social engineering imposed by Western nations. More than 80 nations in the world don’t accept the legislated Western view of homosexuality. Is Minister John Baird, via Foreign Affairs and our tax dollars, going to interfere in those countries as well? We also oppose Canada’s interference with Russia’s efforts to protect minors and uphold parental values as it grapples with severe demographic decline. For Cosh to insinuate that we support anti-gay violence and pogroms because we defend the rights of parents and families is to demonstrate an inability to report fairly on important challenges facing most countries today.

Amanda Ripley, author of The Smartest Kids in the World and How They Got That Way (Interview, Sept. 2), is so right. I have watched the learning in schools slowly being dumbed down over the years. The myth of math being “too hard” is rife everywhere and incredibly wrong. In Indonesia I saw three- and four-year-old children active in the market bargaining on prices. Why should our children be unable? I have seen ordinary arithmetical skills introduced in Grade 5 where I met them in Grade 3. The same goes for written skills, both in execution and production. When my children were in school, I sat them down and improved the situation. The sad thing is that the universities now have to take out a term in remediation before they can begin.

As a father of a nine-year-old daughter, I was struck by your interview with Amanda Ripley, especially the idea that you don’t hear anyone say, “I’m no good at reading,” but that it is culturally acceptable to be “terrible at math.” I have struggled when I hear my daughter say she is bad at math, because I was not sure of how to respond other than to tell her to work harder at it. The idea that math literacy can be placed on par with written literacy is a powerful concept. It is not okay for kids to think they are “bad at math” and use that as an excuse. Basic math is accessible to all children and our cultural expectation should reflect that.

Put it to the people

So the Quebec Court of Appeals and the Supreme Court of Canada are going to hear arguments from lawyers on the reform of the Senate (“A three-ring circus,” National, Sept. 2). Does Canada need arguments by lawyers before other lawyers on a matter that is fundamental to Canada? Instead, let’s hold a binding national referendum and put the decision in the hands of Canadians. The simple question would be: “Senate, stay or go?” That is what Ireland is doing. Let’s follow suit.

The 2008 auditor general’s report recommending expenditures of $10 million to upgrade the Prime Minister’s home at 24 Sussex Drive makes no sense whatsoever (“This old house,” National, Sept. 2). Demolish the old home after having a nationwide competition for architects to design a modern house of suitable grandeur with Canadian labour and materials on the same site. Install all the bells and whistles and use green technology wherever possible. Hold the construction budget at $5 million. Do we remember the original cost of upgrades and renovations to the Parliament buildings themselves? And the length of time to do this work? We taxpayers do not want to go down that road again.

Pamela Cuthbert’s article “A paler shade of green” (Bazaar, Sept. 2) brings attention to the incredibly important issue of responsible forestry. However, it creates the image of a battle raging over forest certification when that’s simply not true. Corporations, government agencies, social interests and conservation groups work with the Sustainable Forestry Initiative (SFI) to conduct research and find solutions to ensure we have thriving working forests. SFI is doing its part to ensure there is clarity for consumers on labels and claims. There is a reason the SFI standard is the largest single forestry certification standard in the world; our reputation has been built through our hard work with respected government agencies, rural communities, forest product companies and conservation groups.

Due to an editing error, the answers in Round 4 of “The Quiz” (Challenge, Sept. 9) were listed incorrectly. The correct answers are: 1. Alex Rodriguez; 2. Lindsay Lohan; 3. Antonin Scalia; 4. Ted Cruz.