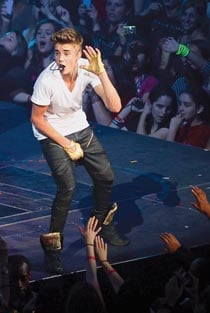 Your commentaries concerning corruption in Quebec (“Isn’t it time to wise up to the wise guys?,” Opinion, Nov. 19) are justified. I was indignant about your cover story two years ago, but you really did hit the nail on the head. May I rectify the situation slightly by stating that it is in Greater Montreal (which includes the city of Laval) and not the rest of the province where corruption has thrived all these decades? Organized crime will sadly always exist, but crooked politicians and civil servants will have to be carefully weeded out.

In highlighting the partnership between a Quebec City private imaging clinic and the Chateau Frontenac hotel (“The concierge will see you now,” Business, Nov. 26), Martin Patriquin withholds a key element: how private Quebec imaging clinics are organized. Why aren’t they challenged by the Canada Health Act? The act outlaws alternate billing for medical acts already covered by provincial health insurance. Quebec never provided provincial health insurance coverage for a wide range of medical acts outside of hospitals. Much advanced imaging is not covered, and is therefore legally eligible for billing outside of government insurance.

Ontario has many radiology offices and clinics outside of hospitals. The Ontario Health Insurance Plan covers citizens for imaging care regardless of hospital or “private” sites. Effectively, Ontario’s “private” is really an extension of government health coverage. Who is better off: Ontarians who get coverage but may have to wait, or Quebeckers who lack coverage but can pay without waiting?

So professor Stephen Asma has found out that we all have favourites among our colleagues, neighbours and even children (“He’s the favourite. No, she is,” Society, Nov. 26). Only in the politically correct 21st century would this qualify as news. The article neglects the fact that children are active participants in their relationships with their parents, not identical pawns to be favoured or disfavoured at their parents’ whim. Some are more (or less) communicative, co-operative or loving. Often, perceived favouritism is simply envy for a sibling’s easier relationship with their parent. Like most family grudges, such perceptions are rarely understood or forgiven until the child has children of his or her own.

What should Justin Bieber do?

I think Justin Bieber is a terrific entertainer and obviously loved by his fans (“The prince of pop,” Music, Nov. 26). His time is now, so he should enjoy it while it lasts. But his recent performance on the American Music Awards—grabbing his crotch while aping Michael Jackson—did not seem natural to me. I don’t remember him doing this when he started, and he looks a little ridiculous, to say the least. If he wants to last like Michael Jackson, he needs to find his own way and be true to his character. There will only be one MJ. Justin: be true to yourself.

Michael Jackson will always be the only king of pop. Jackson amassed a brilliant collection of classic songs; Bieber has yet to produce one. Bieber is mediocre as a dancer, singer and composer. All performers are influenced by others, Jackson included, but they incorporate bits and pieces to create their own style. Bieber, however, seems to be taking his philosophy of “What would Michael do?” as licence to (badly) mimic Jackson. After Thriller, Jackson waited five years before releasing his next album. Could you imagine Bieber doing that? He’d be forgotten.

I was pleasantly surprised to see Justin Bieber’s picture on your cover, coupled with bright pink fonts. Intentionally or not, it made a very redolent statement!

Your article “Foreign convictions” (National, Nov. 26) made a very moving and depressing impact. Why does Canada let serious criminals like the ones mentioned roam freely on bail or after serving their full or reduced terms? Second, when a competent and empowered court declares a person criminal after due consideration of all aspects and awards punishment, why should there be a provision for appeal to the Immigration Appeal Division? Third, why should the court have the power and discretion to reduce the term of punishment to facilitate appeal? It is an abuse of law by the court itself. Doing “a stupid thing once” is not a valid excuse if the offence was serious enough to warrant a jail term of more than two years. And what about criminals like Geo Wei Wu who just vanish to escape deportation? Who finances such criminals to pay for the hefty fees of lawyers?

I am amazed that many judges are so hesitant to immediately deport foreign born non-Canadian citizens in violent crime cases. These are not cases of having “done a stupid thing once,” i.e. stealing something during a hockey riot. These are violent, dangerous people. Don’t we have enough of our own homegrown trash?