Liberal definition of middle class is 'not useful,' says economist

"It's so broad that approximately every Canadian could be labelled as 'middle class'," says Stephen Gordon 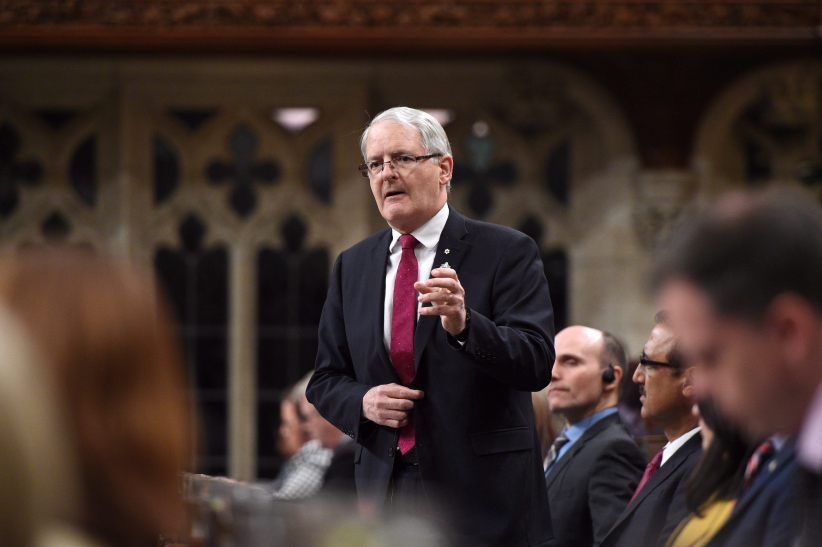 Transport Minister Marc Garneau responds to a question during question period in the House of Commons on Parliament Hill in Ottawa on Monday, April 3, 2017. (Sean Kilpatrick/CP)

OTTAWA – The Liberals speak constantly of strengthening the Canadian middle class, but any precise definition of that amorphous category of people getting all the attention has always been ambiguous at best.

Until now – depending on how one defines the word “precision.”

Earlier this week, Transport Minister Marc Garneau rose in the House of Commons to reveal the Liberal government’s criteria for the middle-class club.

“The government of Canada defines the middle class using a broad set of characteristics that includes values, lifestyle, and income,” Garneau said Monday in response to a question that Conservative MP Kelly Block posed in writing in May.

MORE: Why everyone feels like they’re in the middle class

“Middle-class values are values that are common to most Canadians from all backgrounds, who believe in working hard to get ahead and hope for a better future for their children,” he continued.

“Middle-class families also aspire to a lifestyle that typically includes adequate housing and health care, educational opportunities for their children, a secure retirement, job security, and adequate income for modest spending on leisure pursuits, among other characteristics.”

The short speech contained a total of 127 words, but not one of them was a number, such as one resembling the annual income reported on a middle-class tax return.

That, Garneau suggested, is part of the point.

“The income required to attain such a lifestyle can vary greatly based on Canadians’ specific situations, such as whether they face child care expenses or whether they live in large cities where housing tends to be more expensive,” he said.

MORE: Are you in the middle class?

The order paper question, akin to an access-to-information request for MPs, was based on a response that Karen McCrimmon, the parliamentary secretary to the minister of transport, gave in March when Block asked about the privatization of airports.

McCrimmon referred to “middle-class Canadian travellers” and Block wanted to know what she meant.

Statistics Canada has no clear definition of the middle class either, although they usually look to trends in median income.

Stephen Gordon, an economist at the University of Laval, said there is no perfect way to define the middle class.

That does not mean that Garneau should expect to see his own definition in an academic paper any time soon.

“Definitions are neither right or wrong, they are only useful or not,” Gordon said.

“I’d put this in the ‘not useful’ category,” he said, because it would be difficult to base policy on such a definition, especially if you were aiming to target economic benefits. “It’s so broad that approximately every Canadian could be labelled as ‘middle class.”’

Still, politicians are not economists, so even this less-than-useful definition would have its benefits.

“If they are going to say ‘Our priority is the middle class,’ nobody wants to hear, ‘That means not you,”’ Gordon said.