Politics Insider for Aug. 25: Even Liberal MPs are not sure why we're having an election, the term Toolemania enters the lexicon, and Jagmeet Singh's momentum numbers 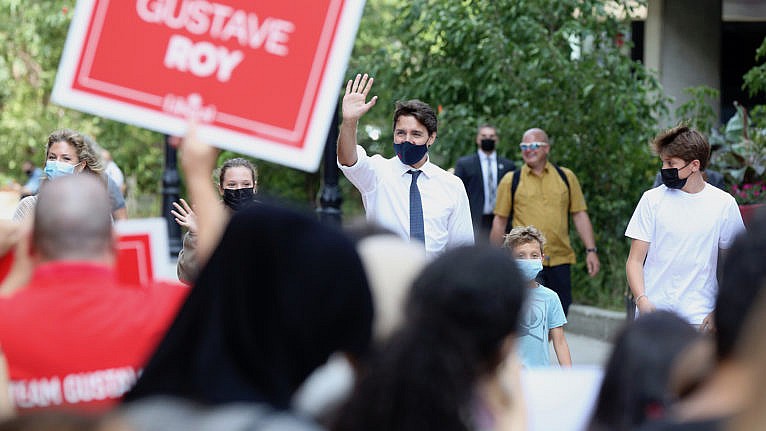 Star columnist Chantal Hebert has a look at the landscape as we make our way through the second week of the campaign, and finds reason for the Liberals to be nervous. She notes that “consistency has taken a back seat to the manufacturing of a wedge,” and wonders why the Liberals wandered into this optional election.

Over time, mirrors tend to replace sounding boards. As an aside, this is the first Trudeau campaign that does not find his former principal secretary Gerald Butts at his side. It may also be that over the past 20 months, the Liberals have found the necessity of having to accept opposition input to advance their agenda so unbearable that they cannot see beyond the inconvenience of minority rule. There certainly is a disconnect between the importance many Liberals privately attach to achieving a majority next month and the overall positive impression of minority governance many voters hold. But whatever the reasons, the current casting does not play to Trudeau’s strengths or to his party’s advantage.

“They can recover, but they’re going to [have to] make some real progress quickly,” said [pollster Frank] Graves. “And the possibility of losing altogether outright is something which was unthinkable a month ago, is now very much a possibility. I don’t think it’s the most likely possibility, but it’s a possibility. So yes, they should be definitely concerned.”

Even Liberal MPs are not sure why we are having an election, they anonymously tell Rana.

In interviews with The Hill Times this week, six current and former Liberal MPs, three campaign officials, and pollsters said the key reason why their party is shedding support is that the leadership has not been able to make a convincing case to Canadians why they need a fresh mandate. Sources said that after about a year and a half of COVID-19, coupled with on-again, off-again lockdowns, Canadians want to enjoy their summer and are not happy that an election is on.

In the National Post, Colby Cosh wonders if Canada is on the verge of Toolemania. The Tories are doing better than expected with young people.

Conservative Leader Erin O’Toole, who is a full year younger than Liberal Leader Justin Trudeau but would probably admit to seeming 15 years older, has a not actually microscopic lead amongst voters aged 18-34 and a wider one in the 35-49 band. We all know the basic reason this is possible: the NDP and its leader Jagmeet Singh are, at the moment, doing pretty well in those groups, and taking votes away from the Liberals.

Money for housing: Justin Trudeau was likely aiming at young voters when he popped into Hamilton on Tuesday to roll out a housing affordability plan. CBC has a story.

The aggressive plan—billions of dollars in new funding, measures to curb the practice of “flipping” homes, efforts to block foreign nationals from buying homes for two years and new regulatory measures to police exploitative real estate agents—comes at a time when Canadians are telling pollsters that housing is one of the issues they care about most. The three-point program includes commitments to “unlock home ownership” through new government funding, a plan to build more homes to address supply constraints and measures to establish and protect new rights for buyers.

He also promised a tax-free account that would allow Canadians under 40 to save $40,000 toward their first home and withdraw it tax-free when they buy.

In Maclean’s the redoubtable Justin Ling takes a deep dive into Conservative, NDP and Liberal housing promises and concludes that the Liberals care not pushing as hard to tackle housing affordability as the NDP and Tories.

While it’s always easier to craft a plan when you’re in opposition, both the NDP and Conservatives are taking seriously the idea that we need many, many new homes. The Liberals are, clearly, not. And it’s not hard to figure out why: Flooding the market with homes will mean prices of existing homes stop increasing so rapidly. That’s bad news if you banked your future on permanent housing price growth.

Health battle: O’Toole offered “choice” in health care on Tuesday, promising  not to stop provinces allowing people to pay for faster access to health care, a day after the Liberals vowed to claw back cash from premiers that do that, the Globe reports. Scott Moe condemned the Liberals for saying they would penalize Saskatchewan if it continues to allow people to pay out-of-pocket for MRIs. In that province, for-profit clinics can charge individuals for MRIs if they provide an equal number of free scans to people on the public waiting list.

O’Toole supports that kind of thing: “I support universal access in our system, public and free. And I also support provinces making sure that they can offer more choice, faster service and less waits for their citizens.”

Trudeau does not: “There are penalties for private delivery of services that we have brought in over the past [few] years in a number of different cases. We will continue to stand up for a public, universal health care system, unlike Erin O’Toole.”

Singh tackles LTCs: While O’Toole and Trudeau were trading attacks over health care, Jagmeet Singh went to Mississauga, where he promised to put an end to for-profit long-term care, Global reports. He spoke about the horrors of the homes during the pandemic, where some of the worst failures happened in for-profit homes, but didn’t have details on exactly how the federal government could shift them to public hands.

“We can figure out a way to make sure this is better using the Canada Health Act the same way we did when we tackled private hospitals.” When asked how much it would cost for the federal government to take control of all the long-term care facilities across the country, Singh said, “We can’t afford not to act,” though he didn’t directly answer the question in terms of the projected price tag.

Numbers: If that’s not election news for you, have a look at Abacus’s big release from Tuesday, which has lots of interesting stuff on how voters are changing their intentions. Bruce Anderson notes that if Tory numbers go up, the Liberals might be able to persuade soft New Democrat and Green supporters, a familiar dynamic in a Canadian election.

Based on our momentum numbers, Mr. Singh likely had the best week with Mr. O’Toole not far behind. Mr. O’Toole seems to have made a lot of progress over the first week as his positives are up 6-points in a week but he still has a wide affinity gap that he will need to close quickly. The NDP are inching up, especially in Ontario, but the Conservatives are still stuck below 30% in our tracking. This data also shows that much of NDP and Green support is soft, and many might be persuaded to vote strategically if the Conservatives appear in contention. By a 66-point margin, soft NDP and Green supporters would prefer some form of Liberal government rather than a Conservative government after the election is over.