The sunny summer is over. Fall has arrived for the Liberal Party, writes Evan Solomon. 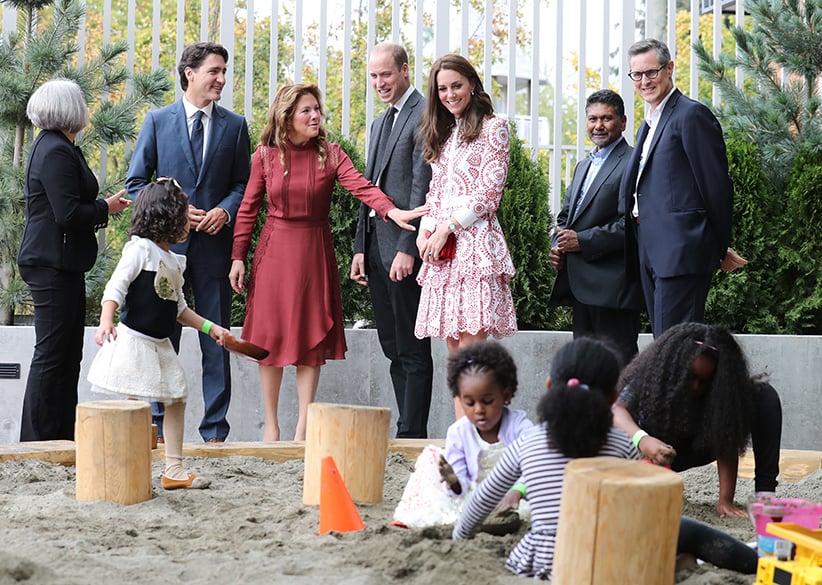 “Let’s just get this over with,” Prime Minister Justin Trudeau said in a loud, Shakespearian aside to the duke and duchess of Cambridge as they arrived in B.C. for a photo shoot. Immediately many wondered if the PM had just insulted the royals—his own pirouette moment—or if he was just accommodating two people tired from a long trip. Whatever it was, the ragged, awkward moment marked the end of a sunny summer for the Trudeau government, and the start of a chillier political season ahead. The fall has arrived for the Liberals.

For starters the opposition is in high dudgeon over the moving expenses controversy— the Prime Minister’s chief of staff, Gerald Butts, and principal adviser, Katie Telford, among others—have promised to partially reimburse taxpayers after claiming a total of $200,000 in moving costs for relocating to Ottawa. In a Facebook post, Butts and Telford apologized for the claims and hoped to get the whole story “over with.” But the Conservatives are demanding more details. In their post the advisers called the expenses “unreasonable” and the opposition has every right to know more.

“Entitlement” is the Liberals’ weakness—that’s as close to an axiom as things gets in Ottawa—and this controversy, though not fatal, has stripped many layers off the Trudeau Teflon. Issues like the blurry Afghan-Iranian biography of Minister Maryam Monsef, which once might have slid away, are sticking. Meanwhile, the spending controversy has been a defibrillator to the Conservatives. A few weeks ago some Conservatives were quietly admitting they expected eight years of Liberal rule.  Not so much now. The fight is back.

The Liberal brand is suddenly blurring. Are these really the folks they promised to be? If issues of transparency and spending are signs of the fall back to Earth, four big policy decisions in the next 90 days will solidify the new reality. Pipelines, health care, carbon pricing and the next budget will be the most crucial decisions this government makes in its entire mandate.

Finance Minister Bill Morneau has kicked off his pre-budget consultations. If his first budget was about saying yes to every Liberal campaign promise—even if it meant tripling the deficit—this budget will be the opposite. As columnist John Ivison likes to say, the finance minister will have to live up to his name: More? No! But no to what?

Well, not to pipelines. This week the Liberals approved the controversial Pacific NorthWest LNG project, a proposed $11-billion liquefied natural gas terminal near Prince Rupert, B.C. The agreement comes with 190 conditions that must be met. Still, it’s hugely important, economically and politically. Even though there’s no guarantee the Malaysian state-owned energy giant Petronas will actually build the plant—there is a glut of LNG in the market—B.C. hopes LNG will drive its economy. The province begged Ottawa to back it and got its way. In January, I wrote that this particular project would be the Liberals’ “Big Yes” of 2016 since they need to back anything that drives growth. It’s as big a win for Liberals as the June agreement to expand CPP.

But that one Big Yes comes with a price. The draft report from the Canadian Environmental Assessment Agency found that there will be massive CO2 emissions from the pipeline and facility itself. Many environmentalists and some First Nations groups who have been Liberal supporters will now turn against them. Another layer of Teflon gone.

Not only that, pipeline attention now turns to the much thornier issue of Kinder Morgan’s Trans Mountain pipeline extension, which faces serious opposition in B.C. Trudeau may spend more political capital approving this one oil pipeline, which would solidify a Liberal base in the West and help Alberta. He certainly will not go hard on the TransCanada Energy East pipeline, which is bogged down in Quebec politics. No way Liberals risk their support there. But if Trudeau approves Trans Mountain—a big, messy “if”—he will have redefined expectations about his government.

The nos are coming, though, first on the health file. Health Minister Jane Philpott says she refuses to change Stephen Harper’s plan on health transfers. That means as of April 1 2017, the automatic six per cent increases in transfers that Paul Martin put in place revert to the Harper formula of transfers at the rate of GDP growth, with a floor of three per cent. Liberals once criticized this as a major cut to health care and the NDP are howling, but Philpott won’t budge. She says the Liberals will implement their campaign promise of $3 billion for home care and maybe money for mental health. It won’t nearly add up to the six per cent transfer. The provinces want to change the formula to reflect demographics, not population, but for now the plan is, essentially, Harper plus home care. Philpott says a deal will be done by December.

The health care file could do for the moribund NDP what the spending controversy has done for the Conservatives. They need an issue and this is it. Liberal, Tory, same old story. That’s their refrain after Environment Minister Catherine McKenna told me the federal government is keeping Harper’s CO2 emission targets—a 30 per cent reduction in greenhouse gases by 2030 from 2005 levels—and will impose a carbon price on the provinces if they don’t get an agreement. Saskatchewan Premier Brad Wall snapped a wheat sheaf when he heard that. This negotiation has to be done by November. Expect to see Brad Wall’s carbon wall.

Welcome to the postlapsarian phase of the Trudeau government: big decisions with long-term consequences on very short time lines. Consultations are coming to an end. It’s as if Trudeau has looked at the tough decisions and said, “let’s just get this over with.”