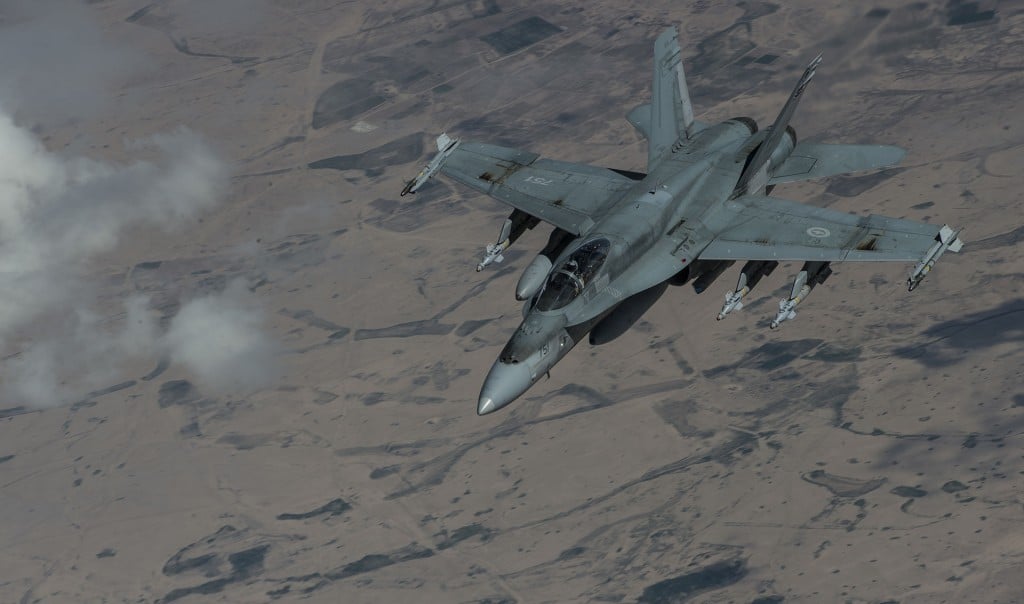 OTTAWA – More than 200 federal civil servants involved in replacing Canada’s aging fighter jet fleet have been forced to swear they will not discuss the project for the rest of their lives.

Revelations of the “lifetime” non-disclosure agreements come as the government prepares to start negotiations with U.S. aerospace giant Boeing to purchase 18 Super Hornets.

The government says it needs the Hornets to address an urgent shortage of warplanes until a competition to replace all 77 of Canada’s CF-18s can be finished – a process it says could take up to five years.

Critics say the air force does have enough planes and the decision to buy Hornets now and punt a competition to later is part of a larger Liberal plan to avoid buying the controversial F-35 stealth fighter.

“Given the subject-matter and commercial sensitivities associated with the work, it was deemed to be an appropriate and necessary procedure,” he said in an email.

Federal procurement officials have been occasionally required to sign such documents in the past, particularly when it comes to selecting a winning bid, Le Bouthillier said.

However, he said, “in this case, a non-disclosure is principally used as a reminder to ensure sensitive and corporate information is protected in the long term.”

Two former military procurement chiefs told The Canadian Press in separate interviews that they had never seen such agreements used for procurement projects before.

“I can’t recall anyone in any of my project teams having to do that,” said Alan Williams, who served as assistant deputy minister of materiel at National Defence from 2000 to 2005.

“Any of our people, I trust them to use their judgment.”

Dan Ross, who oversaw the F-35 project from 2005 to 2012 as assistant deputy minister of materiel, said there are significant technical and commercial secrets at stake with the jet program.

But he said such secrets are protected with existing security classifications, which carry the threat of prison time and have proven more than sufficient.

Both Williams and Ross said the decision to force officials to a lifetime of secrecy was worrying and a heavy-handed attempt to keep them on a tight leash.

The non-disclosure agreements were revealed in records tabled in the House of Commons this week in response to a question from Conservative defence critic James Bezan.

Bezan said he believes the Liberals are trying to hide the fact their decision to buy 18 Super Hornets and put off selecting a replacement for the CF-18s for five years is about keeping Canada from buying the F-35.

“My suspicion is that the Liberals don’t want anyone talking about how this has been completely politicized, or that this isn’t the plane that National Defence was recommending,” he said.

Comments from officials have previously raised questions about the Liberals’ plan to buy Super Hornets.

Testimony from Lt.-Gen. Michael Hood, the head of the Royal Canadian Air Force, to the Commons defence committee in April has been held up as proof such a rushed purchase is unnecessary.

Hood said the military was not in a rush to replace its CF-18s, as the air force had enough planes to conduct operations for the foreseeable future and the fleet’s “useful life” extends to 2025.

“I’m confident, heading into what the government has suggested for an open and transparent competition, about the timelines associated with that project,” Hood said at the time.

“I’m confident that if a decision were taken, certainly in the next five years, we’ll be in a comfortable position changing that aircraft.”