In excerpts of the audio played during a press conference held by MPP Deb Matthews on Thursday, Ford is heard telling people, allegedly at an Etobicoke Tim Horton’s, that signing up for the party “doesn’t cost ya anything” and that they “don’t even have to vote” if they sign up.

The allegations are connected to Etobicoke Centre PC candidate Kinga Surma who was running in the riding.

Read a transcript of the audio recording at the bottom

Matthews said Ford violated election laws by telling the potential members they could sign up for a membership without having to pay the fee.

“When Mr. Ford tells people he can sign them up to be Conservative members free of charge, that means someone else is paying and that violates election laws against making secret donations,” Matthews explained.

“It also means the person making the secret donation may well have broken the elections act by making contributions over the legal limit.”

“I hate this as much as anyone”. Deb Matthews on releasing alleged dirt on Doug Ford two weeks before the elxn. When I asked how long they’ve had info she said didn’t know. Coincidental timing from party that’s last in polls? #onpoli pic.twitter.com/UbeTvcYnf1

Matthews said that although Ford doesn’t say he is paying for the membership, the conversation implies that someone other than the prospective member will be paying.

Matthews also said they were released communications from Surma’s rival in the nomination that describes Ford’s efforts to intimidate her on more than one occasion – including one occasion where the candidate apparently claims Ford followed her home. Although Matthews didn’t mention her name, the other PC candidate running in Etobicoke Centre was Pina Martino.

“To say the least, this paints a disturbing picture of Doug Ford, a man who wants to be elected premier of this province but a man who is also lurking around corners in a hulking black SUV waiting to scare a woman.”

Matthews said the Liberals are calling on Ford to explain his actions and to honour his own word to take swift action for people caught up in conduct surrounding membership sales.

According to Matthews, the person who sent the audio to the Liberal party wants to remain anonymous but that his voice is heard on the audio.

“This is a person who was interested to see what was going on. He recognized Doug Ford and he captured that information,” she said.

Surma captured the PC nomination in Etobicoke Centre in November 2016, drawing praise from Brown for her experience working at all three levels of government and for “being a tireless Conservative activist.”

Ford has been under attack since allegations surfaced last week that Tory candidates may have used stolen customer information obtained as part of a data breach from a toll highway operator.

The controversy has already resulted in Brampton East candidate Simmer Sandhu’s abrupt resignation shortly after 407 Express Toll Route issued a statement about what it called an “internal theft of customer data” affecting 60,000 people.

Sandu was a former employee of the company.

When asked if the stolen data was used by some candidates to win nomination races, Ford said the party was “looking into this” and that questions on other candidates would have to be directed to them.

“This goes back to Patrick Brown,” Ford said at a campaign event last weekend. “You want to get answers on this, Patrick Brown was the leader under this whole group of people.” 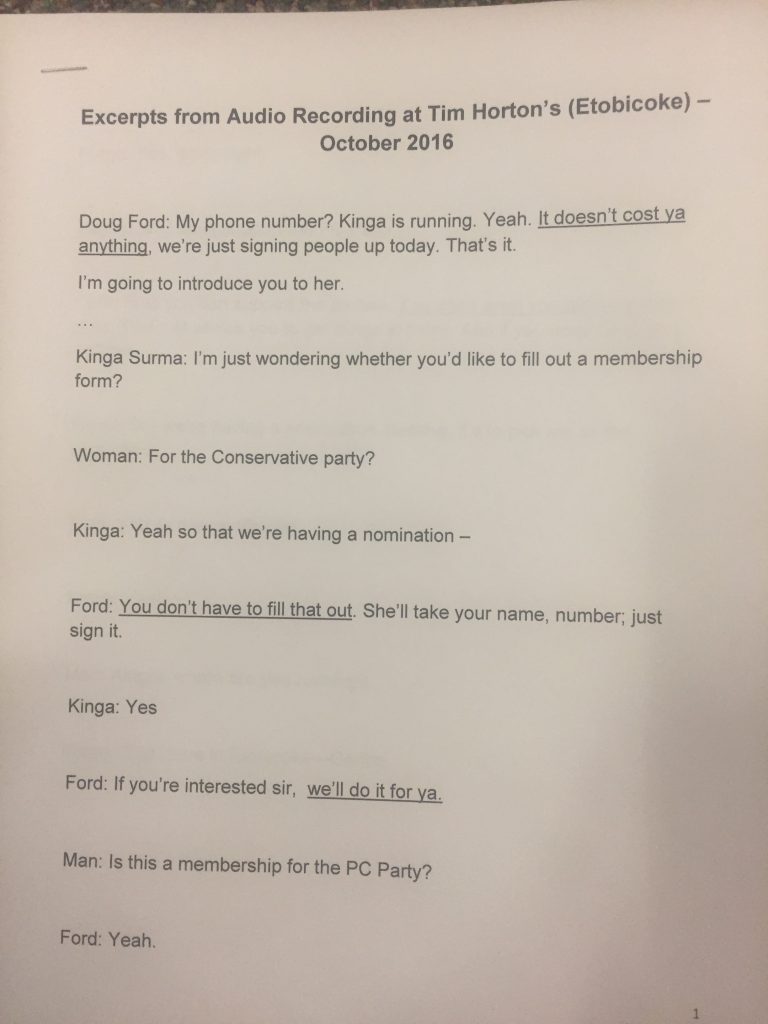 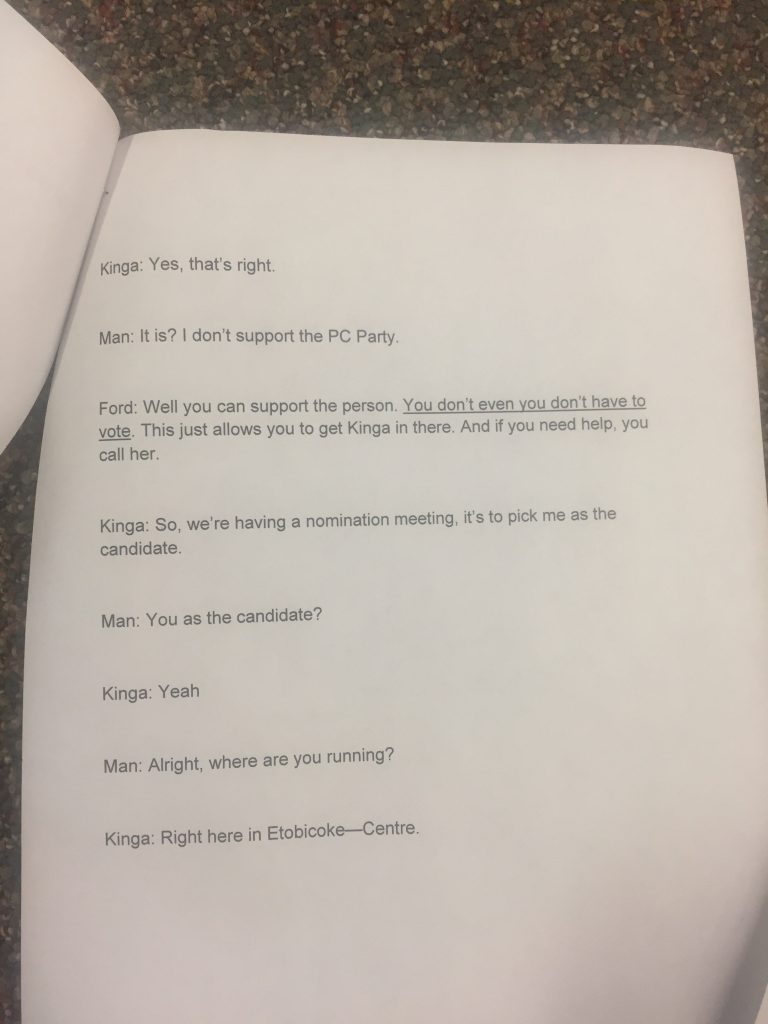