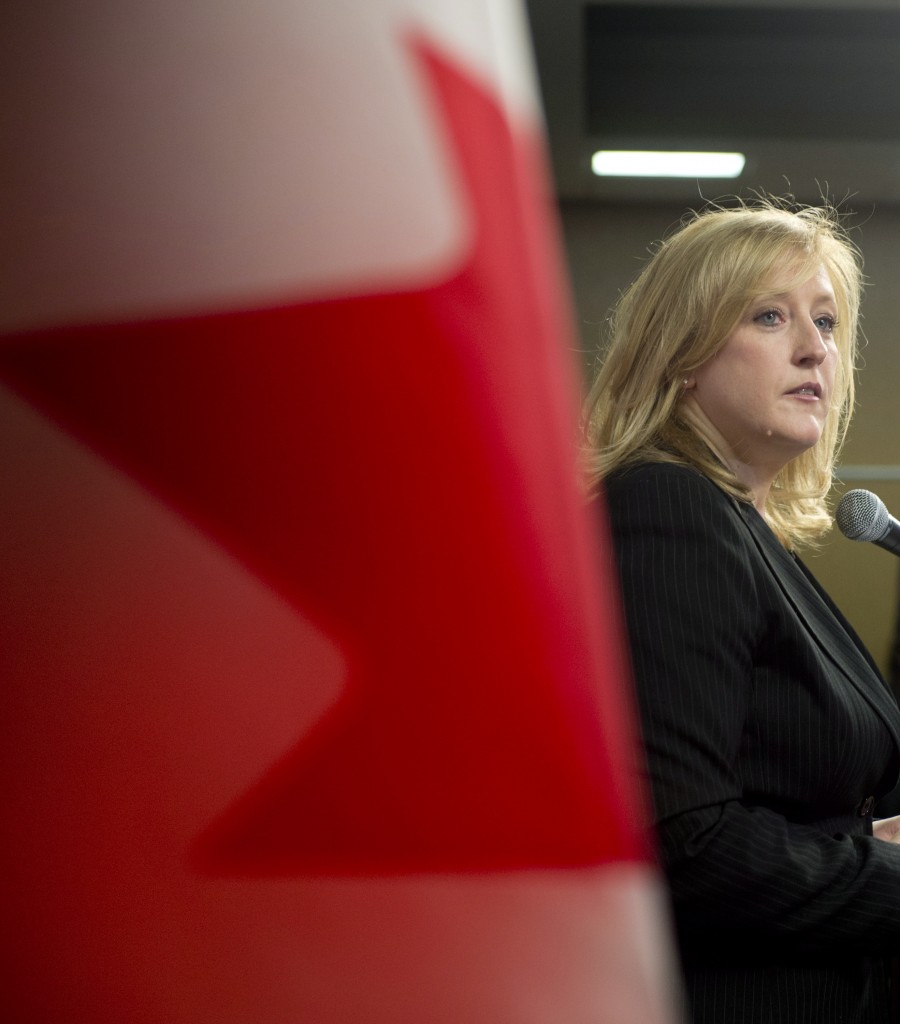 Asked whether she’s thought about running, Raitt said Thursday she’ll continue to represent the riding of Halton, west of Toronto, any way that she can.

Raitt has been the subject of much leadership speculation, with a “Draft Lisa” website set up to promote her as a possible candidate.

Christine Elliott, deputy leader of the Progressive Conservatives, is the only declared candidate in what will be her second leadership run.

She lost to Tim Hudak in 2009, but he resigned after a disastrous loss in the June 12 provincial election.

Her colleagues Vic Fedeli and Monte McNaughton say they’re actively considering a bid and Lisa MacLeod appears to be mulling it over as well.

Party president Richard Ciano is also considered to be another possible leadership candidate.

Raitt, a lawyer who served as the president and CEO of the Toronto Port Authority, is playing her cards close to the chest.

“I represent Halton, I’ve represented them since 2008 and I really like my job and I’ll continue to represent them in any way that I can,” she said Thursday after joining her provincial counterpart and city officials to announce that the first of 204 new Toronto streetcars will roll out at the end of August.

The federal government contributed about $171 million through their gas tax fund for the project, while Ontario put in about $416 million and the city is committing $599 million.

Despite Ontario’s complaints that the federal Conservatives aren’t providing enough funding to build infrastructure in the province, Raitt said the federal contribution is “unprecedented.”

“I think $53 billion is a pretty significant number that you’ve never seen in the history of any government in our great nation’s history,” she said.

“We’re very proud of it and we think it’s an appropriate amount given the economic conditions that we’re currently facing.”

The federal government has “put our money where our mouth is” when it comes to building infrastructure, Raitt said, including providing municipalities with a permanent source of funding with the federal Gas Tax Fund and indexing it at two per cent per year.

“We actually follow up on what we say,” she said.