In letter to provincial and territorial ministers, Wilson-Raybould suggests limit of 50 mg per 100mg of alcohol – down from current 80 mg

By Melanie Marquis and Giuseppe Valiante, The Canadian Press August 9, 2017 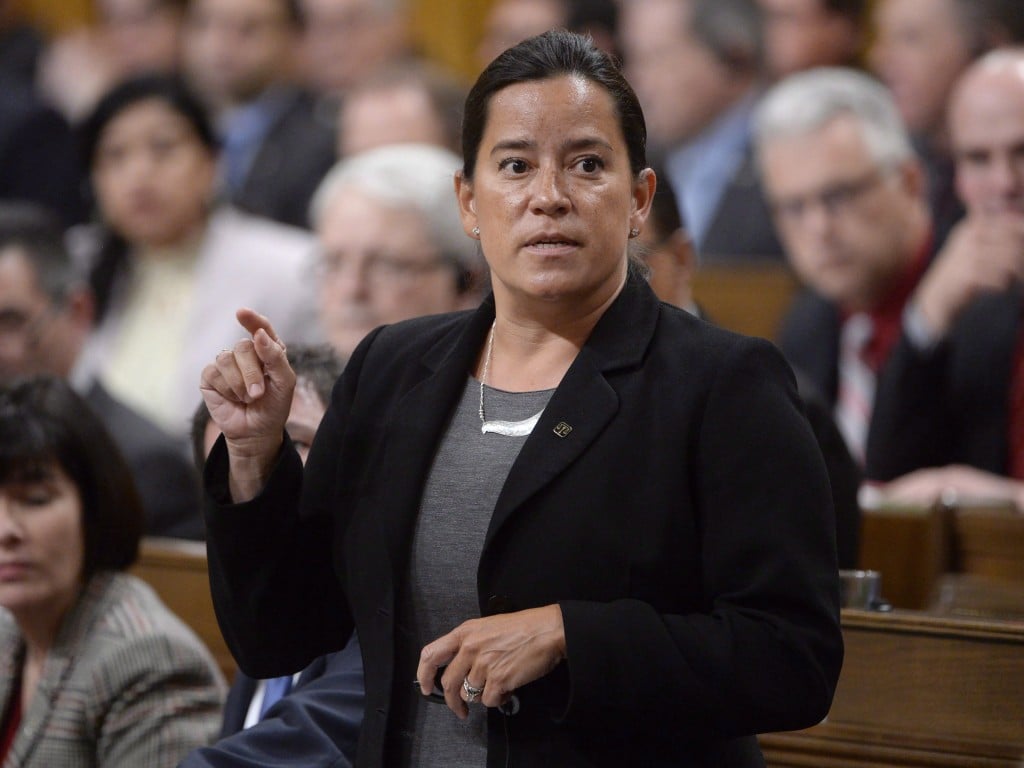 OTTAWA – The classic romantic date is in danger of disappearing if the federal government reduces the legal alcohol limit for licensed drivers, a spokesman for Quebec’s restaurant lobby said Tuesday.

Francois Meunier said if Ottawa passes such a law, it would be a disaster for the restaurant industry — and for lovers.

“The (change would) mean a woman can have one drink and a man, in most cases, two,” Meunier said. “Forget about a bottle of wine for two, for a Valentine’s Day dinner — that’s over.”

In a letter to provincial and territorial justice ministers dated last May, federal Justice Minister Jody Wilson-Raybould suggested lowering the limit to 50 milligrams of alcohol per 100 millilitres of blood from the current 80 milligrams.

The federal minister said the change would “make it easier to fight the danger posed by drivers who have consumed alcohol.”

Meunier, who works for an association that represents restaurateurs in Quebec, said his members are less worried about losing alcohol sales and more concerned with seeing a significant drop in total revenues, as people choose to stay home.

“It’s about food sales that go with the alcohol,” he said.

“When it comes to celebrations, parties, all that will be done at home as people change their behaviour. It’s easy to talk about taking a taxi or public transportation, but in the (outlying) regions it’s not as easy.”

Wilson-Raybould responded to the reaction to her letter through a spokesperson on Tuesday.

“I believe that lowering the federal limit to 50mg would better respond to the danger posed by impaired drivers, by sending a strong message through the criminal law and changing drivers’ behaviour,” Wilson-Raybould said.

“I have therefore sought the input of my provincial counterparts, in order to solicit their views. At this stage, no decision has been made.”

RELATED: How the war on drunk driving distracts from the real danger

Wilson-Raybould says the current rules were established after research indicated the risk of being involved in a car crash was twice as likely when a driver has 80 milligrams of alcohol per 100 millilitres of blood in his or her system.

“More recent research indicates that this data underestimated the fatal crash risk,” she said Tuesday. “In fact, the risk is almost double at 50mg, almost triple at 80mg, and rises exponentially above that level.”

In her letter to her provincial and territorial counterparts, Wilson-Raybould cited Ireland as a case study in the dissuasive effect a reduction in blood/alcohol limit levels can have.

“The reduction to 50 milligrams of alcohol (per 100 millilitres of blood), combined with obligatory testing for alcohol, produced a 50 per cent reduction in deadly road accidents,” she wrote, “and a reduction of about 65 per cent in the number of (criminal) charges.”

Quebec is the only jurisdiction in Canada that has no sanctions in place for drivers who register a blood/alcohol level of more than 50 milligrams. The province tried twice to impose penalties for such drivers, but failed.

Last spring, at the same time the federal government tabled legislation to legalize marijuana, it also introduced a bill increasing penalties for drivers caught under the influence of drugs or alcohol.

Bill C-46 allows police to demand drivers submit to a breathalyzer even if they don’t suspect they are under the influence.

“Police are only applying the current laws during the holiday season,” he said.

Sergakis said Prime Minister Justin Trudeau is not being consistent in his approach.

CAA-Quebec called Ottawa’s proposal “commendable,” but said it would be bad timing to introduce such a measure while provinces are preparing for the marijuana legalization bill to become law in 2018.

“With the reduction of the alcohol limit to 50 milligrams, we think it’ll be too difficult for governments to handle and it’s a pill too big for drivers to swallow,” said CAA-Quebec spokesman Marco Harrison.

Theresa-Anne Kramer, a spokeswoman for the Montreal branch of Mothers Against Drunk Driving, said her organization has been lobbying since 2001 for a reduction in the legal alcohol limit.

“In Germany, they haven’t stopped their beer festivals,” she said. “And in Ireland, I never heard that they had to close a pub — and both those countries have the 50 milligram limit.”