Election Image of the Day: A doctored image betrays a touch of Green Party hypocrisy—and a whole lot of poor judgment 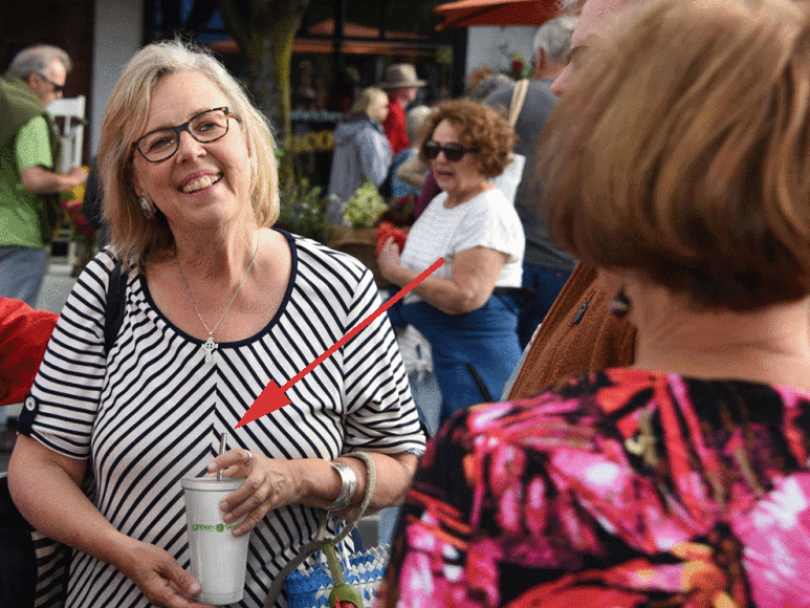 The image of May, with reusable cup and straw, as seen in the National Post (Green Party of Canada)

If you want to donate to the Green Party of Canada, you might scroll down its homepage until you find an image of leader Elizabeth May smiling while visiting what appears to be a farmers’ market in Victoria. She’s holding a reusable cup, lightly gripping a reusable metal straw. Except that image is a lie. In real life, May—get ready for this!—wasn’t drinking out of a reusable metal straw, and her cup was (can you believe it?!) a normal cup. The image, for whatever reason, was photoshopped, the National Post reports; the original version was posted on iPolitics, sans metal straw. Will everyday voters care? “Those who heard that the Green Party manipulated an image in bad faith and already believed the Green Party was an evil organization would see that image as evidence,” one researcher told the Post. “Those who support the Green Party would write it off as a harmless PR attempt.” That might be a generous read. The third option is people rolling their eyes at this entire story: the Greens’ low-level environmental hypocrisy is mildly amusing; that they bothered to edit the image is just dumb.

FILED UNDER: Election image of the day Elizabeth May fake photo green party of canada