From an early age he had a desire to serve others. He excelled in politics, and was recognized as a big man with a big heart. 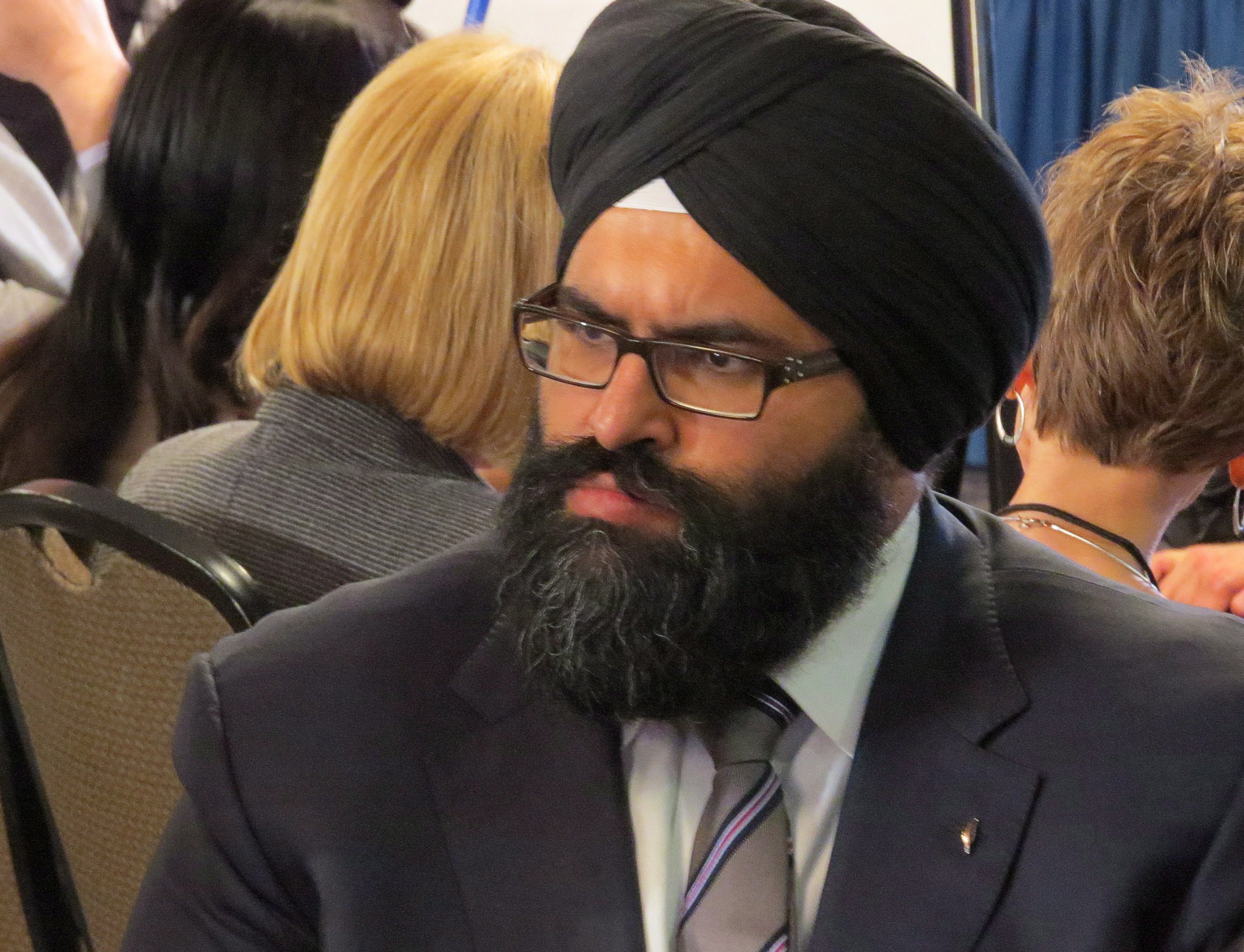 Manmeet Singh Bhullar was born in Calgary on March 1, 1980, to Baljinder, a truck driver who later ran his own cab company, and Sukhvir, who in her first years in Canada worked in a knitting factory. The couple’s first child, Tarjinder, was born in 1977, and a son, Appy, in 1983.

Manmeet was a “feisty” kid, says Tarjinder. He was also fiercely protective of his siblings and friends. The family is Sikh; back then there were few Indian immigrants in the community who wore turbans. Bullying happened. “If someone said something about him, he wasn’t afraid to get into a bit of a tussle,” says Tarjinder.

With the same entrepreneurial spirit as his father, and the work ethic of his mother, in his early teens Manmeet, a cousin and a friend wandered their neighbourhood mowing lawns and doing landscaping chores. In high school he started working out in the gym and began to outsize most of his peers. Eventually he stood about six foot four. His friend Kyle Fawcett recalls seeing Manmeet for the first time when trying out for the football team at Lester B. Pearson High. “He was a big guy and he wore a turban. It wasn’t something you were used to seeing.” To put his helmet on, Manmeet had to take off his turban. Years later Manmeet told Kyle that some orthodox Sikhs were upset by this. “Manmeet said, ‘It doesn’t make me any less Canadian that I wore a turban, and it doesn’t make me any less Sikh when I take my turban off to play football.’ ”

When his team made it to the championship, says Tarjinder, his family, including his dad and uncles, watched the team lose by a touchdown. “At one point Manmeet got a trophy for something and they cried in the stands. Cried with pride.”

There were early signs that Manmeet had an interest in politics and public service, says former Alberta premier Jim Prentice, who knew Baljinder and watched Manmeet grew up. “He had a great sense of what’s right and wrong and was driven by a strong sense of social justice.” A year out of high school, he founded a Sikh youth group and also coordinated a fundraiser for the Calgary Health Region. For his efforts he received the Alberta Centennial Medal. He later helped organize several of Prentice’s election campaigns.

Manmeet was in his second year of law school at the University of Windsor when he ran successfully as a Conservative candidate for Calgary–Greenway in Alberta’s 2008 provincial election, with Tarjinder as his campaign manager. At 28, he became the youngest sitting MLA at the time. In 2011 he was named minister of Service Alberta. Two years later he was promoted to minister of human services where, putting partisanship aside, he worked to overturn a law that kept secret the deaths of children in provincial care. “It was the most challenging time during his career,” recalls Tarjinder.

One day in 2002 he was speaking at a Sikh temple in Calgary when he met Namrita Rattan. “A month or two later he called my dad, it was the only way he could get my number,” says Namrita. Their first date, she laughs, was a Liberal political event. He had called her up, saying he didn’t know any Liberals to take, which seemed odd because Manmeet had friends of all political stripes. But “that was his excuse.” It was another four years before they were “officially” dating. They married in January 2012.

Manmeet continued to throw himself into public service. He had a favourite catchphrase: “With great beard comes great responsibility.” “He always saw the optimistic fun side of things. He always had a hug for people,” says Prentice. He was also always impeccably dressed, and had a considerable shoe collection. His weakness was the junk food that was adding to his waistline: “Pizza, chips, five-cent candies, cakes, everything you could think of,” says Tarjinder.

With his busy work as an MLA, Namrita learned to wait patiently for her quiet moments with Manmeet. But Sunday nights were theirs. They’d watch Netflix together or favourite shows like The Office and Homeland. On Monday, Nov. 23, Manmeet told his wife, “See you next Thursday,” and started his weekly three-hour drive to Edmonton. Driving the Queen Elizabeth II Highway, he spotted a car that had just rolled over into the divided highway’s median. True to his nature, he stopped to assist the driver. As he did, an out-of-control semi-trailer slid off the road and hit Manmeet, who died soon after in hospital. He was 35.