Update, April 2015. Noted on Twitter: The former mayor and current Toronto councillor has just been named to the Hockey Hall of Fame in Toronto. Just for fun, here’s a map from his end days in the mayor’s office.

We know Jimmy Kimmel has a thing for Rob Ford. But is everyone so obsessed with Toronto’s buffoonish, crack-smoking, scandal-plagued mayor? It all depends on where they live. Drawing on geotagged tweet data compiled by Full Duplex, here are those cities—outside of Toronto—where people can’t seem to get enough of Ford (we’re looking at you, Ottawa and Vancouver) and the ones where people apparently have something better to dwell on. 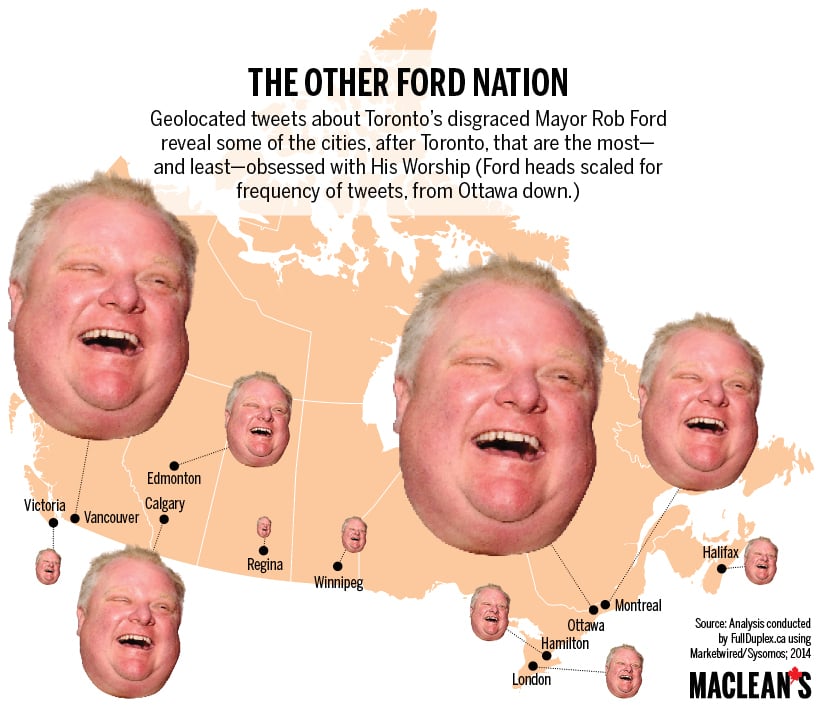 Canadian cities that swear the most on Twitter
Where the richest Canadians live
O Canada, our home and cliché land