Margaret Trudeau on her solo show: 'It was just such an adventure'

Trudeau's latest turn at mental-health advocacy took to the stage—with a sense of humour, and a harnessing of her 'gift of the gab' 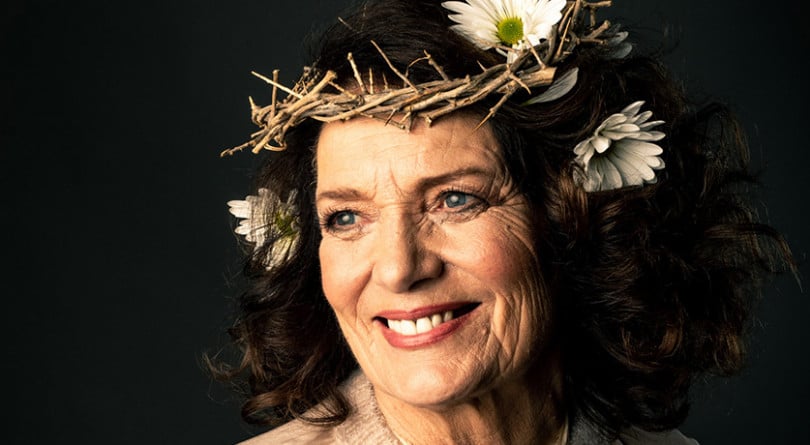 In May, Margaret Trudeau premiered her solo show, Certain Woman of an Age, in Chicago at The Second City. The script is full of reflections on what it was like to be the prime minister’s wife when she was rocked by undiagnosed bipolar disorder, intimate family memories and mesmerizing tales of her encounters with bold-face celebrities of every stripe.

In late July, Trudeau will have a homecoming of sorts when she brings the show to the Just for Laughs comedy festival in Montreal. Maclean’s spoke to her recently about what it’s like to be the mother of the leader of the country and see him beaten up in public, whether she still feels misunderstood and whether there was any chance she wouldn’t end up famous, somehow.

Q: What did you want your show to be?

A: It was just such an adventure, and as I said in the show, I do love an adventure. I had this very dear friend, Diane Alexander, and she and her husband started The Second City in Toronto. She had me visit her when I was in Chicago, and she suggested that we should put my story onstage. She knew the best director out of New York, Kimberly Senior, who was just a marvel to work with. As I joke, no one’s ever tried to direct me in my life, except maybe Pierre Trudeau, and we all know how that turned out.

It was just intense and wonderful, and I was terribly pleased with the outcome. The story that I’m telling, it’s such a good one for people to hear, to start the conversation about their mental health and those in their family, because everyone’s affected by it. I love that I’m able to do it, and I love being able to do it with a bit of humour.

Q: A lot of the show winds in and out of your journey with mental illness, but you also talk about growing self-possession as you got older, which happens for a lot of people. How do you think that process was distinct for you, given the not-usual life you’ve lived?

A: Because of my bipolar, when you’re a person who’s in denial about the seriousness of their illness and just carrying on—I’m all in that until I’m 50. So I really had to grow up at 50, so now I’ve had 20 years of being a grownup, or so I say. My children sometimes dispute that because I do like to play an awful lot. I love to be with my grandchildren.

Q: In this show, how did you calibrate how much of your children’s lives and family history to expose, given that they are all, to greater or lesser degrees, known public commodities?

A: (Laughs) Good question! I never gave it a thought.

At the dress rehearsal, with all the video pictures coming up when I do brag about the children, they’re all outside, very casual, looking very free and happy and Canadian. And then the one in the middle with the suit and the red tie looks awfully important. And so we changed that and got a casual picture of our Justin, because even though he’s got an awfully important job, we’re a team, we’re a family, we have to give each one the respect that each one deserves, and sometimes people don’t understand that.

I think the choices about the things I said about the children were true, so there’s no issue. It wasn’t a stage for me to say anything about them that they wouldn’t like.

Q: What is it like to be a parent and have one of your children be the prime minister? How do you navigate that as a family?

A: The thing that Justin needs from us, his family, more than anything is to treat him as an equal, as a brother, as a son, not to treat him all the time like this important head of the country, because he needs a break from that. But in our family life and with the children—and Pierre was the same way—there’s no fancy-pants, you’re-the-best, you-can’t-carve-the-turkey kind of thing. He’s right in it all.

We don’t take one minute of bullshit. I’ve got a funny sense of humour about those things, so I can say something that just changes the whole tone, and Justin laughs as hard as we all do. Because you can get caught up in your own press and your own ego and your own importance, but his importance in that moment when we’re together as a family, he’s not a prime minister—he’s Justin, he’s a father, he’s part of  the family and all that dynamic, down on the floor building Lego and helping the children and just being real.

Q: He gets beaten up a lot in public, is that hard for you as a mother to witness?

A: Well, I don’t know about it. I don’t do social media and I don’t watch anything that I find might hurt my feelings. I have the choice, and only when I’m on a plane, because I have so much time, will I pick up a newspaper because I get it all online. I go into each of the (sites) and I make a choice about what I want to see.

Q: What do you think people got wrong about you when you were younger, and do you think they still misunderstand you in a way?

A: (Laughs) No, I don’t think so! That horror, that part of my life being so misunderstood and battling so hard against impossible odds because of the onset of my bipolar, it was a roller-coaster for my very hardworking husband, who was dragged into it. Not only was he amazingly balanced and measured about everything, he also was a Libra—he was all about balance. And I would just be upsetting the applecart one time after the other, emotionally.

It wasn’t (because) I was bipolar that I had to leave, it was that I was making a choice to be a free, independent-thinking person, because Pierre was old-school and he married me so young—29 years’ difference—because he expected that he could mould me. He knew that I would bear beautiful children, I know he looked into the gene pools of all the women he was looking at, and I guess he thought mine was okay. And he wanted to turn me into the perfect wife. He had no idea how to do that, never having been married, and I certainly didn’t want to be turned into that person.

Q: The bipolar was obviously a defining element of your life, but how much easier do you think things might have been if you hadn’t been famous?

A: I don’t think there would have been a chance for that one way or the other, with this kind of mind I have, I would have hit the front pages. I know what I’m capable of, and the best of me I love, but as my doctor said, “If only you could always be manic, but with reason.” But I can’t be, I couldn’t be. And unfortunately with bipolar, when we’re untreated, the depressions are much longer and harder than the little bouts of mania that follow. But after you’ve been so miserable and alone and isolated, and taken away from everything by your depression, when you get all this manic energy in your brain, it’s like a drug, you’re so addicted to it.

That period is over for me, thank god, and I love my life. I love the fact even that I can say now that I’m bipolar because maybe it’s given me my life, and my life has been quite extraordinary.

Q: Your son got a lot of credit for having a gender-equal cabinet, and you talk about your own feminism in the show. How did you feel watching the blowback he got over the Jody Wilson-Raybould and Jane Philpott affair? A lot of the commentary hinged heavily on feminism.

A: Quite frankly, I saw it from a completely other point of view, and you know what? My point of view is private. I’m not a politician, I don’t have to say anything.

But I will say I was very proud of Justin understanding the difference between ego and team. Yes, he was up against a very intelligent, strong, strong woman, and that’s not the first time Justin’s been in dialogue with strong, independent women, but he has to have a team, and she was causing the team to be—anyway, I’m not going to talk anymore about it.

I wish both women very well, they have both made incredible contributions to Canada and I expect they will continue making it. But we all have to learn from life, we do, and maybe this is a life lesson we all had to have, Justin included.

Q: I understand you’re not a political figure, but what’s your read, with an election coming up, of the moment we’re in? What do you think the mood of the public is, or what are people hungry for in a broader way?

A: It puzzles me, too. I hate to think that we’re divisive and us-against-them, when Canadians have always been a “we” people. We have a short election, elect our parliamentarians and then they all work together in committees to get the job of the country done, where there is bipartisan work and there isn’t hate and mistrust and this “I can’t talk to you because you’re not in my party.” If we can get beyond this American-bred notion of winning at any cost by poisoning minds about the opponent—that’s just not democratic, it’s wrong.

Q: When I saw your show, you were just about to add a new grandchild to your retinue. How many are you up to now?

A: I have reached number nine. Little James Sequoia, who was named after my father, was born on my dad’s birthday, May 26th.

It’s a wonderful life I’m having, and the reason I do all the work that I do and why I choose to work as a mental health advocate is to try and stop the suicides, because that’s what was happening to me. I just want to tell people that they don’t have to let themselves get that far. Medication will ease your pain quickly and then you can start rebuilding your life with positive thinking and good goals and good lifestyle.

That’s my cause, and I’m so grateful that I get to be on the stage at Just For Laughs. Go figure! As a mental health advocate … I have the voice for those who don’t, I have the words for those who can’t articulate the terrible way they feel. I was given the gift of gab, and I’m really glad that I’m able to use it.