Finance Minister says maximizing federal revenues is not priority; squeezing out the black market is. 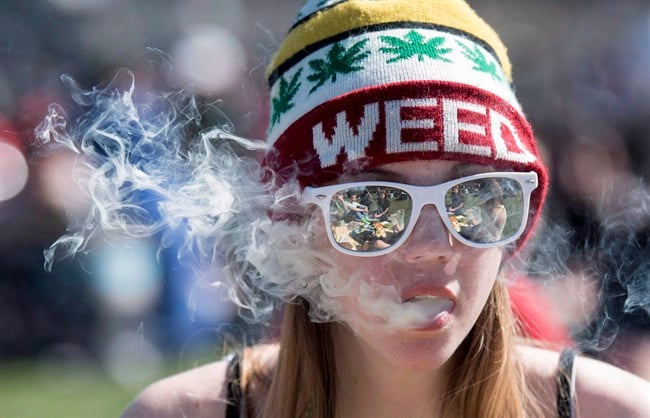 A woman exhales while smoking a joint during the annual 420 marijuana rally on Parliament hill on Wednesday, April 20, 2016 in Ottawa. THE CANADIAN PRESS/Justin Tang

WASHINGTON – Here’s some good news for Canadian pot smokers: high taxes will not join the munchies, the pasties and short-term memory loss as unwelcome side effects of smoking up.

The Canadian government is hinting it wants to keep pot taxes low.

As the feds design tax policy for soon-to-be-legalized marijuana, Finance Minister Bill Morneau says he has one main goal: squeezing out the black market.

He is adamant that maximizing federal revenues is not, and will not be, the priority on pot.

Those comments are a strong hint that Ottawa favours lower taxes on marijuana, to keep the price competitive against the street value and push the local pusher out of business.

A C.D. Howe report this month found 90 per cent of the illegal market would disappear if pot cost $9 per gram, and governments applied only existing sales taxes, producing $675 million a year in federal and provincial revenues.

But the report concluded illegal sales would retain half the market if governments tried squeezing $1 billion in revenue from the sale of marijuana.