Liberal bill will keep some promises around democratic reform 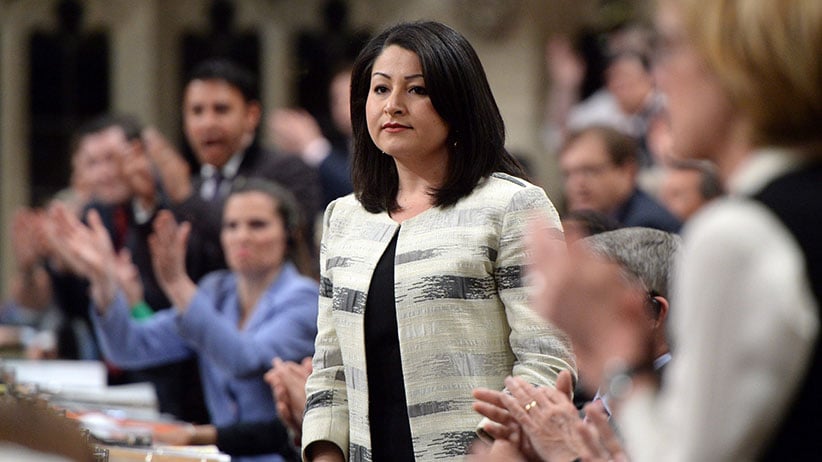 OTTAWA — The Trudeau government is poised to introduce a bill Thursday that will deliver on some key Liberal promises to reform Canada’s election laws, even as suspicion lingers that they may renege on the biggest: replacing the country’s first-past-the-post voting system.

The bill is expected to restore the right to vote to expatriates who’ve lived outside the country for more than five years.

It’s also expected to follow through on at least some of the other numerous promises Prime Minister Justin Trudeau made to reform the democratic system.

Liberal MP Mark Holland, parliamentary secretary to Democratic Institutions Minister Maryam Monsef, said Wednesday that the bill “is going to deal with ensuring that as many Canadians as possible have the right to vote, looking at some of the ways in which Canadians have been disenfranchised.”

That suggests the bill will also restore the use of voter information cards as valid pieces of identification at the polls, as promised by Trudeau during last year’s election.

As part of its controversial Fair Elections Act, the previous Conservative government tightened ID requirements, including eliminating the use the cards and making it harder to vouch for someone without valid ID. Electoral experts warned the measures could disenfranchise as many as 500,000 voters, particularly students, indigenous people and the elderly, who often lack ID that shows their address.

Monsef served the required 48 hours notice late Tuesday that she will introduce a bill to amend the Canada Elections Act and make “consequential amendments” to other legislation.

Introduction of the bill may be deliberately timed to demonstrate that the Liberals are serious about delivering on at least some democratic reforms, even as an all-party committee is meeting behind closed doors this week trying to hammer out a consensus on an alternative to Canada’s first-past-the-post voting system. The committee is to report its recommendations by Dec. 1.

Although the vast majority of expert witnesses and average Canadians who turned up at town halls and public hearings favoured a proportional voting system, Monsef continues to insist she’s seen no consensus on any specific voting model. She’s also repeatedly said the government won’t proceed without broad consensus.

That has raised suspicion among opposition parties that Trudeau intends to renege on his promise to ensure that the 2015 federal election will be the last conducted under first-past-the-post.

While that was Trudeau’s most dramatic democratic reform promise, he also vowed to impose limits on how much money political parties can spend between elections, review spending limits during elections and create an independent commission to organize leaders’ debates during elections.

He also pledged to repeal some of the most contentious provisions of the Conservatives’ Fair Elections Act which, the Liberals maintained, made it harder for Canadians to vote and easier for lawbreakers to evade punishment.

In addition to restoring the use of voter information cards, he vowed to remove restrictions on the chief electoral officer’s ability to communicate with voters, give Elections Canada the resources needed to investigate violations of the law, restore the independence of the commissioner of elections — who investigates suspected violations — and increase penalties for lawbreakers.

It’s not clear which of those campaign promises may be included in Thursday’s bill, which is likely to be followed up in future with more legislation dealing with other campaign pledges.

It is expected to deal with the issue of expats, who are currently prohibited from voting via special ballots if they’ve lived longer than five years abroad.

That provision was struck down by the courts but the previous Conservative government appealed the ruling before last year’s election. The appeal is scheduled to be heard in February by the Supreme Court.

Late last month, the Trudeau government filed with the top court written arguments in defence of the restriction on ex-pats’ voting rights. However, Monsef simultaneously issued a statement making it clear the government was simply complying with the court’s schedule. She announced she would introduce legislation before the end of the year that would “meet the needs of highly mobile Canadian citizens who live in today’s increasingly interconnected world.”