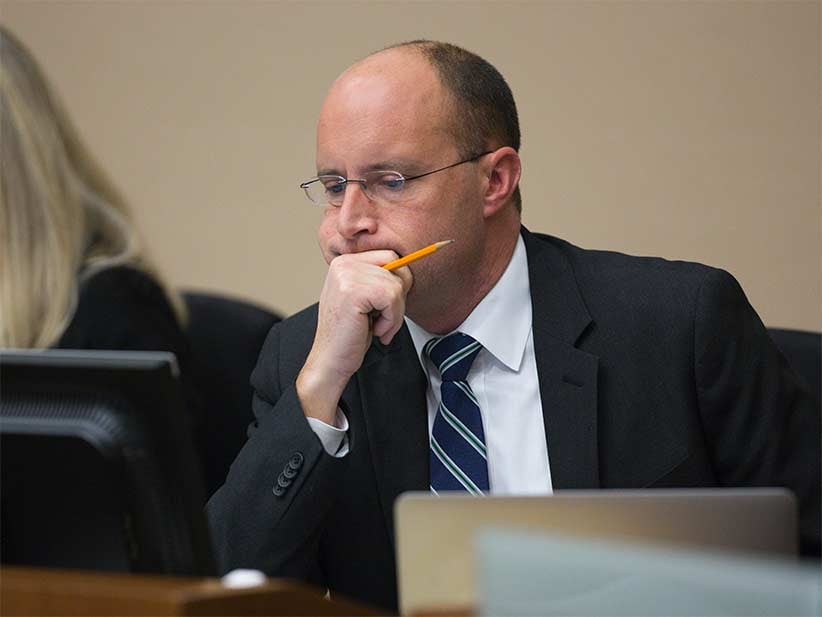 LONDON, Ont. – The mayor of London, Ont., says he’s returning to work a week after temporarily stepping aside in the wake of admitting a brief “inappropriate personal relationship” with the deputy mayor.

“What occurred should never have happened,” Matt Brown told a news conference on Wednesday, adding that “it is something I take responsibility for and it is something that I deeply regret.”

Last week, Brown said in a statement that during a period of intense workload, he developed “a close working relationship and ultimately an inappropriate personal relationship with deputy mayor Maureen Cassidy.”

Cassidy resigned as deputy mayor last Tuesday and used a news conference to appeal for privacy as she worked with her family “to rebuild the trust that has been broken.”

Brown said he has taken the initial steps to repair the damage he has done in his personal life and that he is ready to focus on “the future and on the work that needs to be done to move our community forward.”

MORE: Looking for truth in our TMI age

London’s integrity commissioner looked at the disclosure by Brown and Cassidy and said in a report released earlier this week that he would not investigate further or recommend any sanctions.

“I believe that to conduct any further search for details would be to engage in an exercise in seeking out the salacious details of the situation — an exercise which, other than satisfying curiosity, would serve no purpose,” Gregory Stewart wrote.

Stewart noted that he could recommend a formal reprimand or suspension of pay, but said the public nature of Brown and Cassidy’s disclosures and the resulting public comment and criticism “is in and of itself a significant penalty.”

Hopefully city council and the community can get beyond the “anger, outrage and disappointment that have been expressed over the past several days and get on with the business of the city,” Stewart said.

Brown said he will need to work “very hard” to regain the trust and the respect of Londoners and apologized for the negative attention he brought on the city.

“I think that I’ve taken full responsibility for my actions,” Brown said. “I’ve been open and I’ve been honest.”

But he noted that regaining the trust of council and the people would not happen “overnight.”