Mercer the Guileless takes the stand 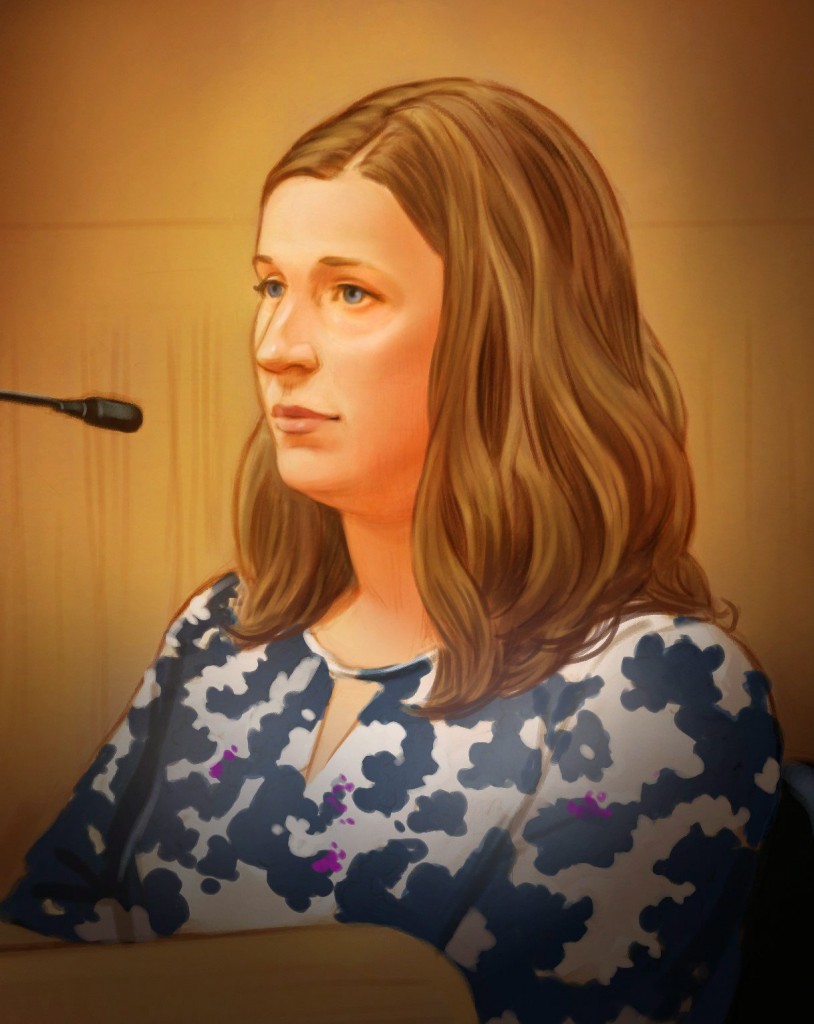 The relationship between banality and evil is one thing. That between banality and the really, really improper and sloppy is quite another. In the latter, Melanie Mercer, executive assistant to suspended senator Mike Duffy, back when he was still a parliamentarian in good standing, could teach a hefty master class.

You could hear in the way he approached the witness that Crown prosecutor Mark Holmes knew where this examination-in-chief was headed. Holmes was too solicitous, too inviting with Mercer for his line of inquiry to be headed anywhere entirely wholesome.

The great revelation bloomed like dawn in the rafters overlooking Courtroom 33, where Duffy faces 31 charges of breach of trust, fraud and bribery, just when Holmes asked Mercer at what point the senator was really supposed to sign his travel expense claims, which, in aggregate, form the heart of one of this trial’s many, many parts.

“The senator signed a pile of blank travel-expense claims,” Mercer, looking as though she were finally depositing the great pressing weight she’d been hauling atop her shoulders for all this time, blurted out in court.

Mercer explained how she’d borrowed this procedure—like a big wallop of blank cheques—from the veteran executive assistants whom she’d shadowed in her first several weeks in the Senate of Canada. Efficiency was top of mind, she told court. “At the time, I didn’t think anything of it. I thought it was practical,” she testified of the custom.

Was that the method followed for all of Duffy’s expense claims? Holmes asked.

“With the exception of maybe a few, yes,” Mercer replied. “Before adopting this method ‘upon recommendation,’ ” she added, a verbal precision that sounded lawyerly, and as though she’d practised it in the mirror before appearing here.

When Mercer said this, she wore an expression that suggested she was exposing this great, big, bone-dumb decision to the universe, and that she knew the universe would judge her accordingly. Who among us hasn’t been as bone-dumb as a bag of hammers, and yet, how many of us have had to draw the curtains back in open court?

It was a wince-inducing moment of recognition.

Mercer said she followed this method after consulting with Duffy, and that Duffy had agreed it was a good idea.

“Did you understand the purpose of the certification?” inquired Holmes—in other words, why a senator would typically affix his signature to such a document only after reviewing the completed claim, as verification of its truth and propriety.

“There was nothing malicious or salacious,” Mercer replied. “It was in the effort of staying on top of things.”

Even in the first weeks after he became senator, when both he and Mercer were new to this arena, Mercer recalled the requests from MPs pouring in for Duffy’s presence at this or that function, a level of popularity that meant his travel schedule was full—which required Mercer to submit one expense form after another.

Mercer said she took Duffy’s agreement to this arrangement as faith in her capacity to fill the forms out correctly, and certainly, she trusted Duffy to be truthful in providing details of his travel.

Then Holmes walked her through one expense form after another, most of them covered in the scribbles of Senate finance bureaucrats correcting her work.

Did she tell her contact in finance, Maggie Bourgeau, that Duffy was signing great packages of expense claims in advance?

“Did you tell her that the senator was pre-certifying expense claims?” Holmes asked in particular.

No, she said. “I just kept it between us in the office.”

“The senator and I.” She said she never thought it a “major issue.”

“You said it wasn’t a ‘major’ issue. Was it an issue?” asked Holmes.

“I guess I didn’t think it was an issue,” she said.

In and around this time, Duffy’s lawyer Donald Bayne stood and addressed the court.

“I have sat quietly through what is increasingly a cross-examination,” Bayne told Justice Charles Vaillancourt.

It was true. The rules of examination-in-chief dictate that questions invite witnesses to tell their own stories in their own words.

Now Bayne was objecting to how Holmes was steering Mercer’s testimony.

It was one respite today among few others for Mercer.

Indeed, she spent the entire day on the stand with a plaintive expression on her face, her eyebrows at odds with each other; if they’d continued on their trajectories, they’d have met mid-forehead, giving her the look of a Madonna in a medieval Passion scene.

She was guileless, but something about her also suggested a witness that was not also a non-combatant. There was an ominous undertone to Holmes’s line of questioning, as though even he was not happy about where it was going. But always it remained hard to know what lent it this flavour.

Mercer’s biography, elicited by Holmes this morning, revealed her in her salad days as an aspiring journalist, having studied communications at Algonquin College. Before long, as she put it, she’d “found [her]self in politics,” first as a receptionist in then-leader of the opposition Stephen Harper’s office, later as a communications type in the early Harper PMO.

There she worked in the barracuda’s nest of the Harper communications apparatus, under or alongside such operatives as Sandra Buckler, Carolyn Stewart-Olsen and Dimitri Soudas. She was Tory MP James Moore’s parliamentary assistant when he was attached to Public Works, and went on to a communications job at National Revenue under minister Gordon O’Connor. At that point, a cabinet shuffle left her jobless and scrambling for work in the wake of the 2008 recession.

Precariousness like that almost recommends journalism for its job solidity.

To put things another way, Mercer had been around the block before arriving in 2009 to newly appointed Sen. Duffy’s office: She knew the Hill, and its vicissitudes had been demonstrated to her first-hand. In the witness box, she indicated that her chief interest in a new job in the Senate lay in the infrequency there of shuffles, job losses or change of any kind. She got married and had two children while in Duffy’s employ. Her second maternity leave led her directly to the scandal that brought on this trial; she never did go back. (She did return to the federal government: She now works at PPP Canada, a Crown corporation.)

Eager to serve, she often stayed late to work for Duffy sans overtime—”to do my job,” she said—and she returned early from her first maternity leave, when, for reasons that remain mysterious, someone dismissed her temporary replacement. That work took place while she collected Employment Insurance and a Senate mat-leave top-up. Her duties appear to have involved almost nothing but filing Duffy’s expenses, which accrued, thanks to the many requests he received from MPs.

When Mercer stepped into the witness box, Duffy looked pleased to see her. The suspended senator exuded fondness, smiled almost imperceptibly at her, and remained engaged in her testimony.

While other Crown witnesses—such as former head of senate finance Nicole Proulx—have clearly been Crown allies, Mercer feels like an antagonist.

She returns tomorrow to continue cross-examination led by Bayne.