Nieto never did what Mexicans wanted most: demand that Trump apologize

By Mark Stevenson and Maria Verza, The Associated Press August 31, 2016 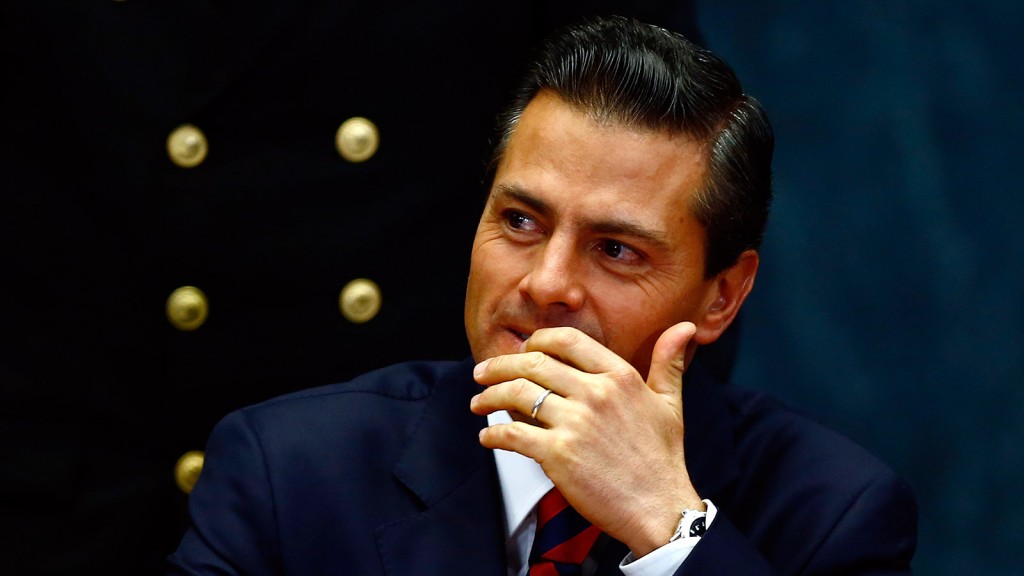 Not only did Pena Nieto not demand that Donald Trump apologize for calling Mexican migrants rapists and criminals, but he stood silently by in their joint press conference while the Republican candidate repeated his promise to build a border wall between the countries.

“This is an insult and a betrayal,” said artist Arturo Meade as he joined a protest against Wednesday’s meeting in Mexico City. “What can this meeting bring us except surrealism in all its splendor?”

Televisa news anchor Carlos Loret de Mola marveled that Trump would dare come to Mexico and reiterate his intention to build the wall. “The humiliation is now complete,” he tweeted.

Particularly irksome to Mexicans was that Pena Nieto appeared to do little to push back against Trump’s earlier negative statements about Mexican migrants and unpopular proposals.

Pena Nieto “did not even take a really strong stand and talk to Mr. Trump directly to his face and tell him exactly why his stances are not acceptable to Mexicans,” said Tony Payan, director of the Mexico Center at Rice University’s Baker Institute. “He sounded tepid and too soft. He essentially rolled over and allowed Mr. Trump to get away with his own goals without getting anything in return.”

Pena Nieto did say that Mexicans felt “aggrieved” and had disagreements with Trump, but most felt that it was not enough.

Javier Urbano Reyes, a professor in the department of International Studies at the Iberoamerican University in Mexico City, said he thought Trump gained a little with the meeting but Mexico’s president lost a lot.

“Without a doubt, my perception is that it is going to make it even worse, even stronger the drop in approval,” he said, referring to Pena Nieto’s near 20-per cent approval rating, according to recent polls.

Pena Nieto and Trump even appeared to disagree about what was said in the meeting.

Standing next to Pena Nieto, Trump said the topic of who would pay for the wall would be discussed later. Pena Nieto, at the time, said nothing about the wall.

Hours later, Pena Nieto said in a tweet that he had told Trump clearly in their private meeting that Mexico would not pay. It seemed to contradict Trump’s statement that payment wasn’t discussed, but the president’s office said only that Pena Nieto made his statement and the topic was dropped.

Later Wednesday night, in a speech on immigration in Phoenix, Arizona, Trump made building the wall the featured element of his immigration plan. He referred to Pena Nieto as a “wonderful, wonderful president,” but reaffirmed the pledge he had not repeated in Mexico: “They don’t know it yet, but they’re going to pay for the wall.”

Amid the growing uproar in Mexico over the meeting, Pena Nieto told Televisa’s Denise Maerker that he’d invited Trump because his policies are a threat to Mexico — precisely the reason why most Mexicans think he shouldn’t have met with him.

Payan hypothesized that Pena Nieto had little good news to give in his state-of-the-nation address scheduled for Thursday and was looking for a distraction with the “ill-advised” meeting.

“Maybe Pena saw the opportunity to distract the attention of the Mexican people,” he said.

Writer Angeles Mastretta tweeted that Mexicans saw “what was expected: a president who isn’t capable of demanding apologies … how sad.”