By The Associated Press December 1, 2017 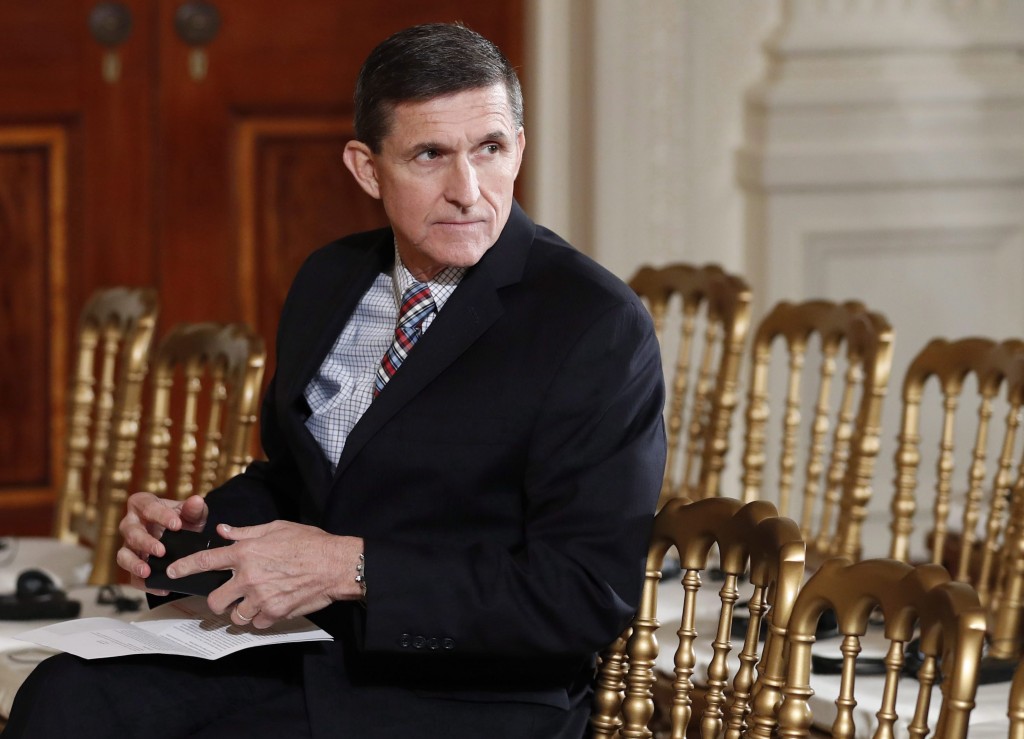 WASHINGTON – Former Trump national security adviser Michael Flynn has pleaded guilty to making false statements to the FBI about his contacts with a Russian diplomat.

It’s the first plea by any of the four former advisers to President Donald Trump charged so far in the wide-ranging investigation led by special counsel Robert Mueller.

Flynn has been under investigation for a wide range of allegations, including his lobbying work on behalf of Turkey, but the fact that he was charged only with a single count of making false statements suggests he is co-operating with Mueller’s investigation in exchange for leniency.

Flynn, who was interviewed by the FBI just days after Trump’s inauguration, was forced to resign in February after White House officials said he had misled them about whether he had discussed sanctions with the ambassador, Sergey Kislyak.

As part of a plea deal, former national security adviser Michael Flynn has admitted that a senior member of the Trump transition team directed him to make contact with Russian officials in December 2016.

Flynn pleaded guilty Friday to making false statements to the FBI, becoming the first official who worked in the Trump White House to make a guilty plea so far in a wide-ranging investigation led by special counsel Robert Mueller into possible co-ordination between Russia and the Trump campaign to influence the outcome of the 2016 election.

The government did not reveal the identity of the senior transition official.

Signs of Flynn co-operating with Mueller’s team surfaced in the past week, as his lawyers told the legal team they could no longer discuss information about the case with them. Scheduled grand jury testimony regarding Flynn was also postponed.