'I can't believe I'm saying that a candidate for president of the United States bragged about sexually assaulting women,' Obama says 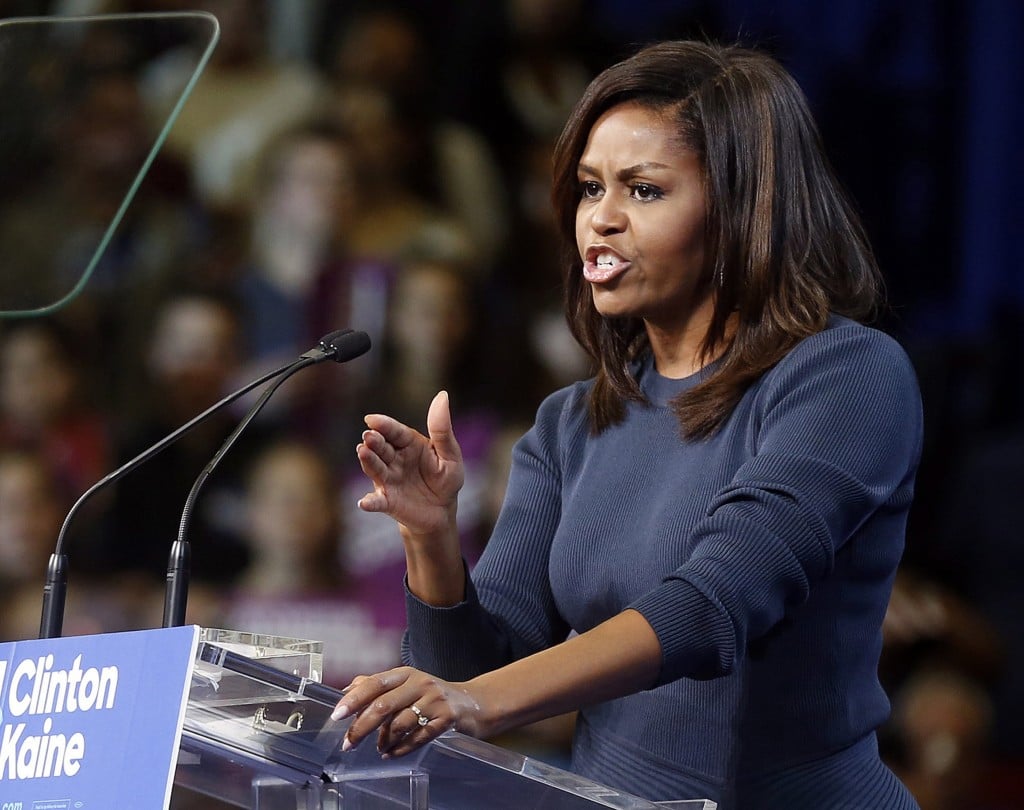 MANCHESTER, N.H. – Michelle Obama said Thursday that Republican nominee Donald Trump bragging on a 2005 tape about his fame allowing him to “do anything to women” shook her to the core.

Speaking at a campaign rally in New Hampshire for Democratic nominee Hillary Clinton, Mrs. Obama called the comments “shocking and demeaning.” She also dismissed Trump’s claim that the remarks were simply “locker room talk,” saying they were affront to all women, parents and every citizen in United States.

“I can’t stop thinking about this. It has shaken to me to my core in a way that I couldn’t have predicted,” the first lady said. “So while I would love nothing more than pretend that this isn’t happening and come out here and do my normal campaign speech, it would be dishonest and disingenuous to just move onto the next thing like this was all a bad dream. This is not something we can ignore.”

Mrs. Obama said the comments made by Trump are part of a long history of demeaning women.

Mrs. Obama went onto say the comments were forcing women to recollect painful memories of when they were harassed in their offices or sexually assaulted.

“The truth is it hurts. It hurts,” she said.

“It’s like that sick, sinking feeling you get when you are walking down the street, minding your own business and some guy yells out vulgar words about your body or when you see that guy at work that stands a little too close, stares a little too long and makes you feel uncomfortable in your own skin,” she said, as the crowd went silent.

While she didn’t mention her husband, President Barack Obama, she said Trump’s comments did not reflect how the men in her family discuss women.

“I can tell you the men in my life do not talk about women like this. I know my family is not unusual,” she said adding, “they are loving fathers who are sickened by the thought of their daughters being exposed to this kind of vicious language about women.”

Mrs. Obama’s comments are some of the most forceful of a week in which scores of Republican leaders abandoned Trump after a 2005 video became public in which the GOP nominee is heard bragging about how his fame allowed him to “do anything” to women. Sen. Kelly Ayotte, R-N.H., who is in a tight re-election campaign, said over the weekend that she no longer plans to vote for him.

Trump has played down the comments, insisting they were “locker room talk” and that he never did anything of the things he bragged about on the tape. Since then, the New York Times and the Palm Beach Post reported stories about three women who alleged Trump had inappropriately touched them. Separately, a People Magazine reporter wrote a detailed first-person account of being attacked by Trump while interviewing the businessman and his wife, Melania Trump.