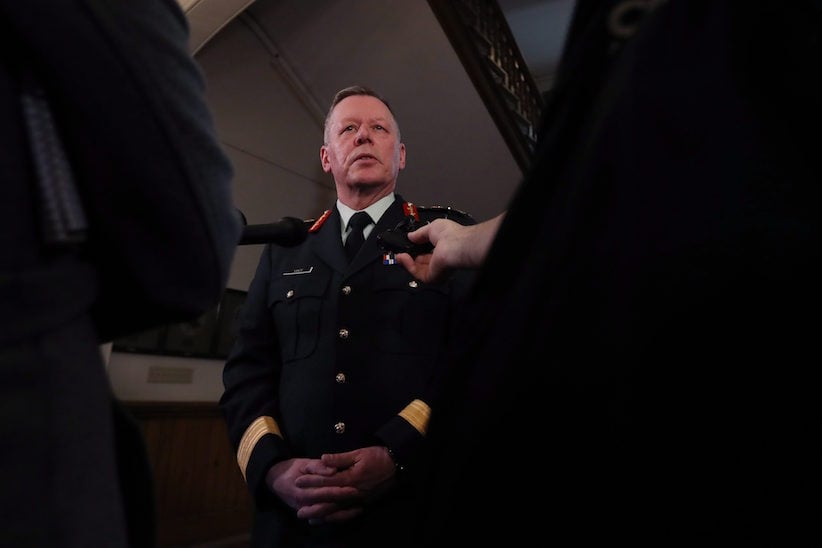 OTTAWA – Military officials say they have moved this year to force out 77 service members found guilty of sexual misconduct.

Many of the cases are older and none of the members have been released yet, as their files go through what the military says is due process.

But the figure is being touted as a solid step toward defence chief Gen. Jonathan Vance’s promise of eradicating sexual misconduct in the Forces.

“I’m encouraged by some of the steps being taken to eliminate inappropriate sexual behaviour in the Canadian Armed Forces,” Vance said in a statement.

“We still have more work to do and we will continue to promote cultural change so we can rid our institution of this abhorrent behaviour.”

That includes having experts from outside the military, including social workers and others, look at the files and meet victims.

At the same time, officials say the number of cases deemed unfounded has dropped from more than one in four between 2010 and 2015 to less than one in seven last year.

National Defence released the figures in an update on efforts to stamp out inappropriate sexual behaviour.

The last year between April 2016 and March 2017 saw 504 such incidents reported to military authorities.

More than half of the complaints related to jokes, sexual language or other inappropriate behaviour.

Another 74 were classified as sexual harassment and 47 were reports of sexual assault.

Vance has taken a hard line on inappropriate sexual behaviour in the Forces following a series of media reports that described the problem as chronic and endemic.

Retired Supreme Court of Canada justice Marie Deschamps, recruited to examine the extent of the problem, exposed what she called a sexualized military culture that was hostile to women and left victims of sexual misconduct to fend for themselves.