Cannon, who served as PM's Quebec Lieutenant, is currently Canada's ambassador to France 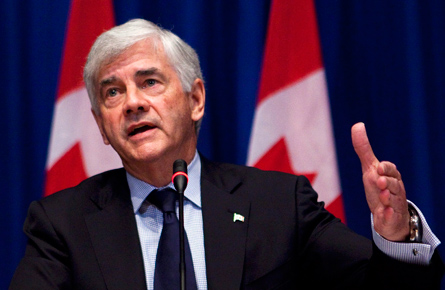 MONTREAL — A published report says Stephen Harper’s former Quebec lieutenant Lawrence Cannon will return to the province to run for the Conservatives in the upcoming federal election.

Montreal newspaper La Presse reports Cannon plans to seek the Tory nomination in the Quebec City-area riding of Louis-Hebert. The riding is currently held by the NDP’s Denis Blanchette.

He is currently serving as Canada’s ambassador to France, a post he has held since 2012.

Cannon has denies the reports.

Cannon would join longtime Quebec MNA Gerard Deltell on a list of high-profile candidates recruited by Harper as he seeks to make further inroads in Quebec.

The Tories won five out of 75 seats in Quebec in 2011 after winning 10 three years earlier.