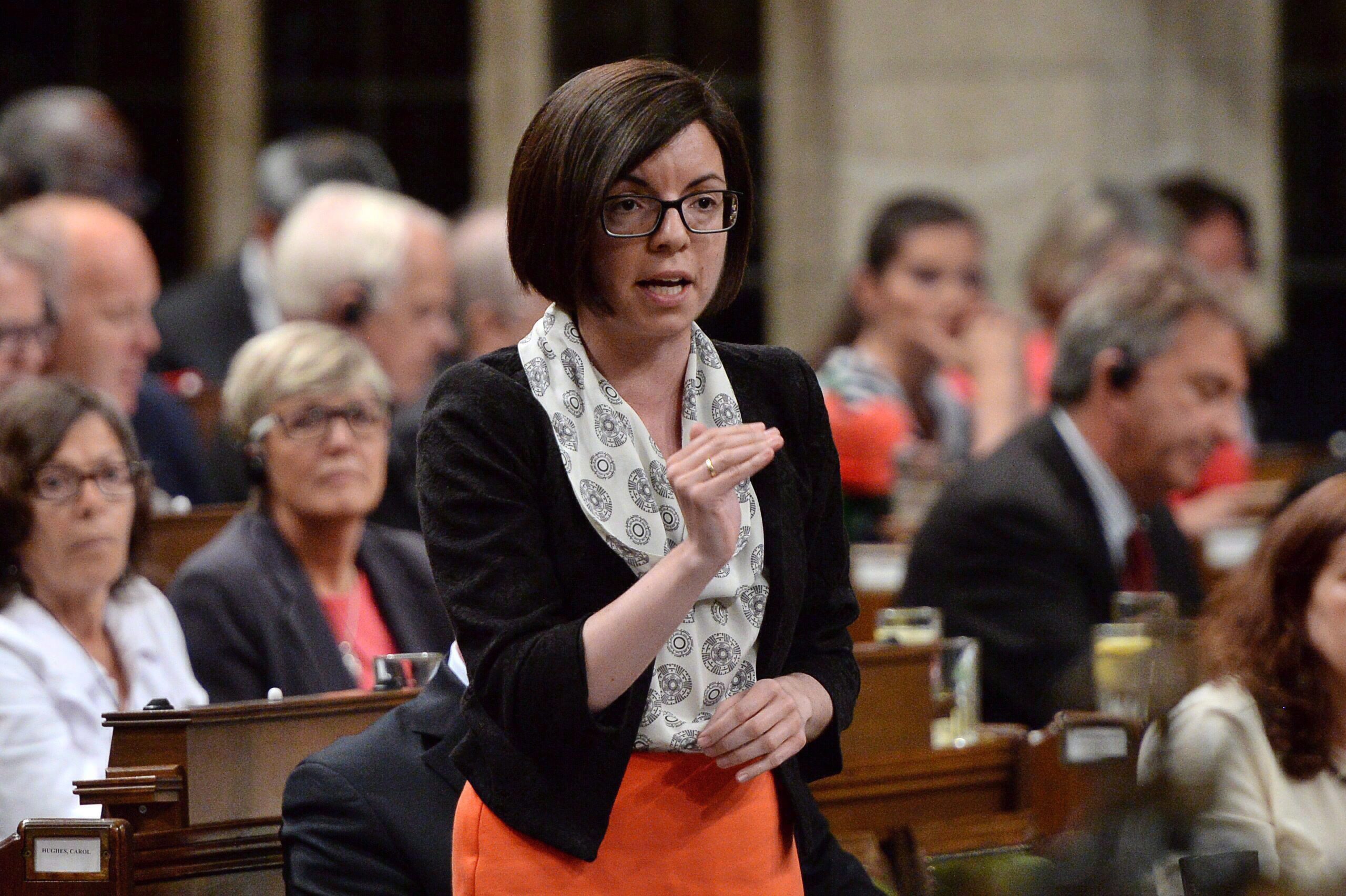 NDP MP Niki Ashton asks a question during Question Period in the House of Commons in Ottawa on June 4, 2015. Manitoba MP Niki Ashton is to announce her entry into the NDP leadership race this morning, bringing the number of candidates to four. Ashton also ran in the 2012 campaign to succeed the late Jack Layton. THE CANADIAN PRESS/Sean Kilpatrick

OTTAWA – Although Niki Ashton is the only woman seeking the NDP’s top job, she says her candidacy involves much more than just her gender.

Ashton, a 34-year-old bilingual MP from Manitoba, announced her second bid for the helm of the federal New Democrats on Tuesday at a space for community activists in downtown Ottawa.

Gender-based politics is sadly still an issue in 2017, Ashton said, noting she made her announcement on the eve of International Women’s Day because it is important to highlight ongoing struggles for justice and equality.

Representation matters in politics but far more is required, she added, noting that building a movement involves a feminist agenda that upholds the goals of justice and equality.

“Men need to be part of this, so I am certainly looking forward to challenging anybody that may think I am doing this only because of my gender,” she said.

Ashton also took a clear stance against pipeline projects, including Energy East, and said there is a need to build a “carbon-free economy” — one of the key themes of the so-called “Leap Manifesto” that become divisive during the party’s last convention in Edmonton and caused an uproar among Alberta’s provincial NDP.

Ashton did support a motion on the floor at the convention that called for riding associations to explore the manifesto’s ideas.

“I certainly agree with the principles in the document,” she said. “I also think it is up to us in the NDP to work with that, to do the work as part of this leadership race, to build a vision that reflects many Canadians’ pursuit for justice; whether it is social, economic or environmental justice.”

Ashton said she looks forward to collaborating with those in favour of the manifesto and those who did not support it, adding everyone recognizes the threat of climate change and the need to work together.

“We’re all part of this party,” she said.

Five years ago, Ashton ran in the race to succeed the late Jack Layton — a competition that led to Tom Mulcair’s leadership, which was flatly rejected by party members at the convention last April.

The candidates are set to debate each other for the first time in Ottawa on Sunday.

Ontario deputy NDP leader Jagmeet Singh is still eyeing a possible leadership bid, but his office says he is not planning to make his plans known this week — suggesting he likely won’t take part in the debate.

Some of the central challenges for the party include the need to confront a $5.8 million debt and to boost the number of card-carrying supporters, which was down to 60,000 as of December.